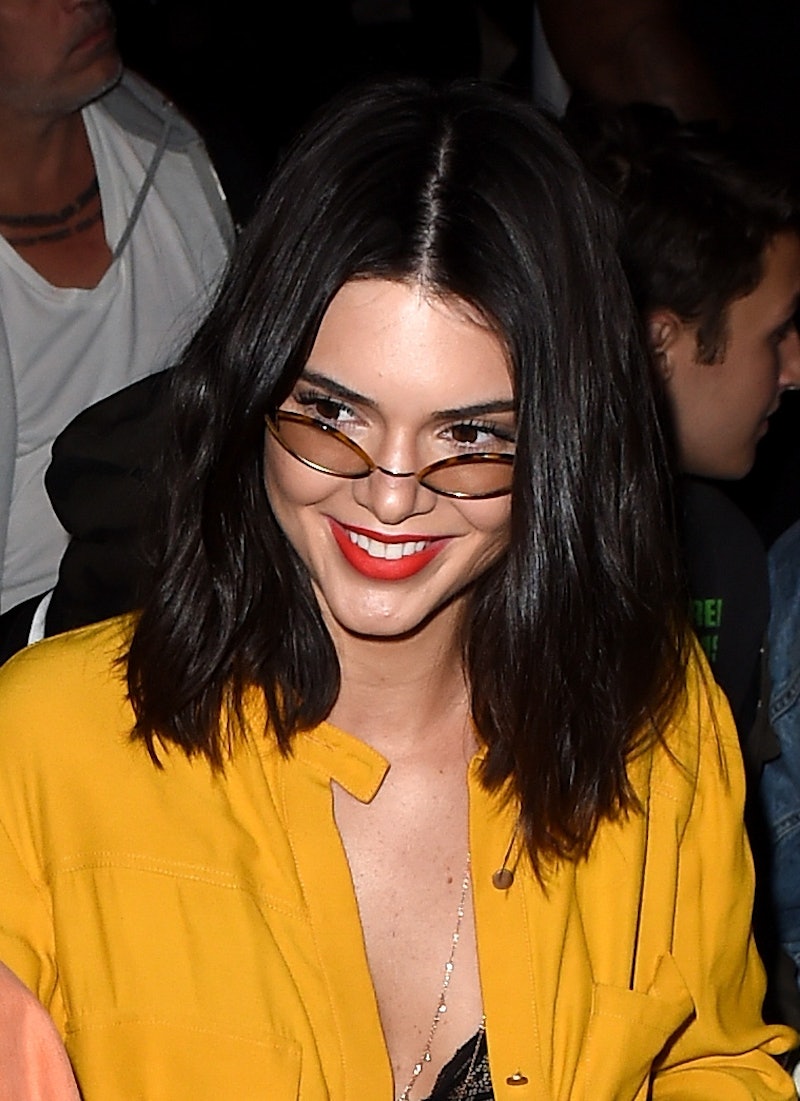 If you happened to check the Internet this morning and wondered why the heck Harry Potter's Bellatrix Lestrange was the new face of Marc Jacobs, then you're definitely not alone. Kendall Jenner went full-on goth princess for the ad, rocking sky-high platform, lace-up boots, leather, dramatic makeup, including bleached eyebrows, and some seriously crazy crimped hair. And it is literal and actual perfection.

Not that I had any doubts about Jenner's abilities as a model, but this just cements that she is seriously talented and deserves to be classified as a supermodel. You can't even recognize her, and it's by far her most daring and bold shoot yet. We've only gotten to see one image from the shoot so far, but here's hoping we get plenty more soon, because it is fierce and fabulous. And even Marc Jacobs himself took to Twitter to dub Kendall a supermodel, so that's legit.

Flawless. And as you can imagine, Twitter is in full agreement that she slayed this ad campaign.

But they also definitely see the Harry Potter comparisons.

And maybe another, not-so-expected comparison.

I'm not mad about either comparison.