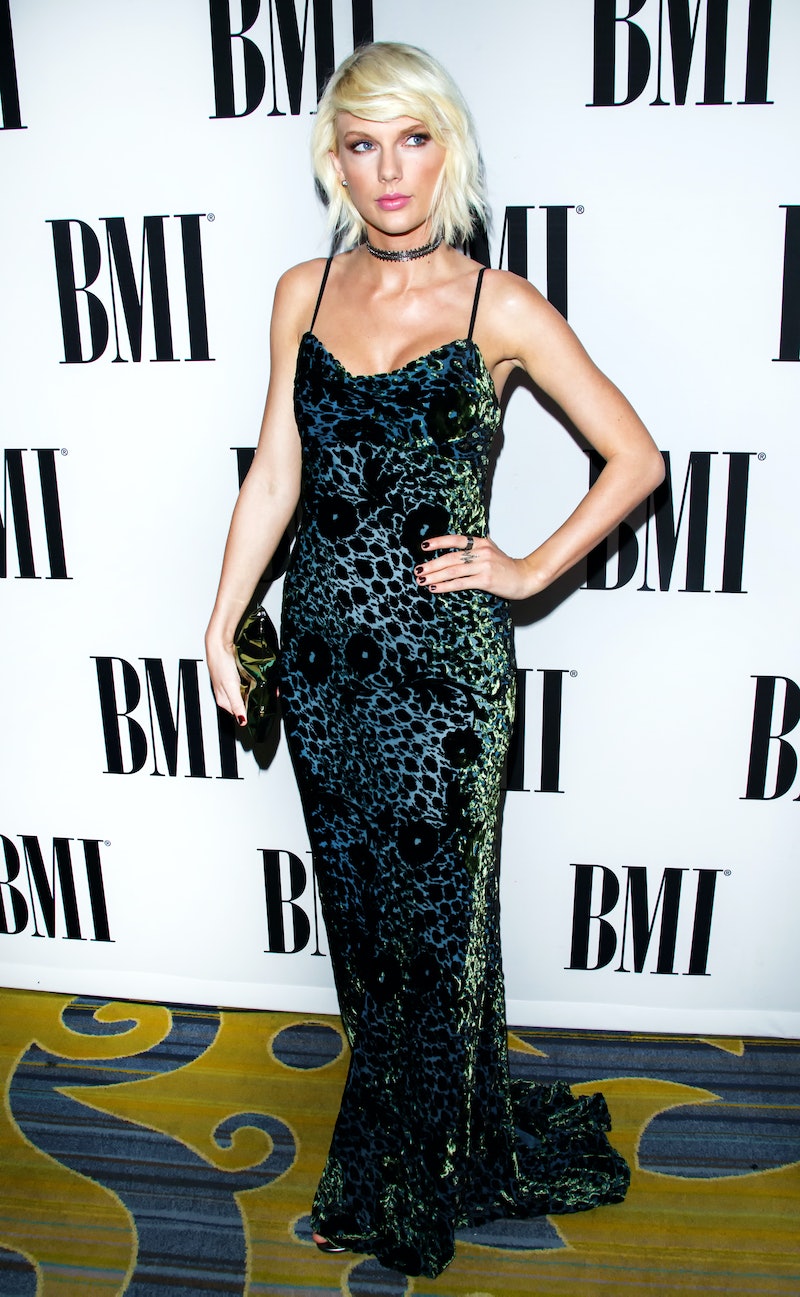 The world was rocked last week when pictures surfaced of Taylor Swift and Tom Hiddleston showing some major PDA while on the beach in Rhode Island, only what felt like moments after her relationship with Calvin Harris ended. The universe's new favorite It couple made their first public appearance Tuesday night at the Selena Gomez concert in Nashville, Tenn. where Taylor Swift was spotted wearing a red top and matching skirt, while dancing and canoodling with her new beau.

If you were physically capable of getting past the adorableness that is Taylor Swift and Tom Hiddleston, and the realization that they went super public with their relationship super quickly, you may have noticed how cute Taylor Swift's matching red separates were while she supported Selena Gomez at her Nashville show. Swift's concert attire included a red, cap-sleeved crop top with a coordinating red midi skirt, black ballet flats and a red lip.

The outfit was very reminiscent of the old Taylor, who has been taking some style risks lately, dressing a little edgier with her chokers and shaggy, platinum-colored locks. Luckily for us, Swift's date night apparel isn't anything we couldn't wear ourselves. In fact, it might be the date outfit you've been looking for.

Now if only we could date Tom Hiddleston...

The perfect red crop top to show off your midrift à la T-Swift.

This midi skirt will pair perfectly with your new red crop top.