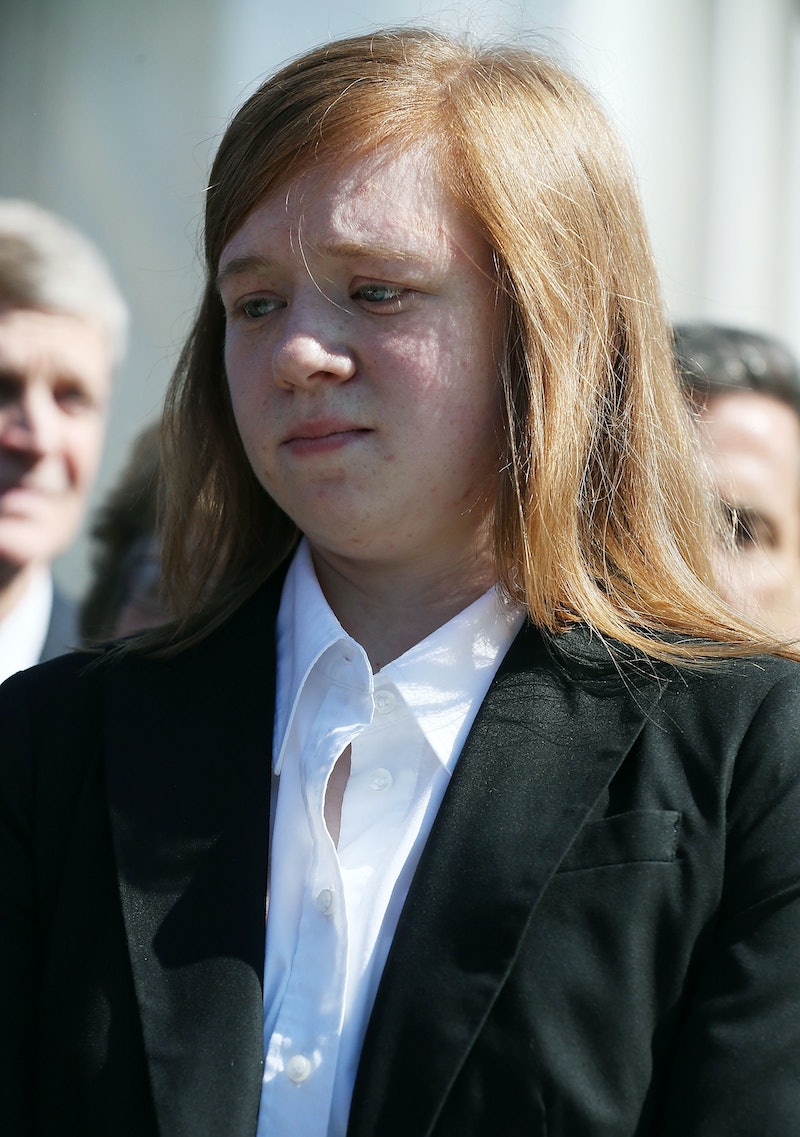 Since initially raising her controversial affirmative action case against the University of Texas in 2008, Abigail Fisher has become, in certain online circles, something of a poster child for mediocrity, white privilege, and general whininess. After the Supreme Court struck down her case Thursday in a 4-3 ruling, Twitter saw an immediate a joyous resurgence in such hashtags as #staymadabby, plus newer ones like #beckywiththebadgrades.

Fisher v. University of Texas centered on Fisher’s claim that she was rejected from the university solely on the basis of her race, and that affirmative action was barring qualified white students, such as herself, from the admissions they deserved. This has sparked all manner of debate on whether Fisher’s academic bona fides would have been enough had she been a member of a different race. Many are saying no. Fisher, who went on to graduate from Louisiana State University, stated earlier today that she hopes “the nation will one day move beyond affirmative action.”

It’s easy to see why that rubs a whole lot of people the wrong way. Affirmative action is a vital tool for many culturally and economically disadvantaged college applicants struggling to rise above the tide of institutional racism which has historically kept the privileged of our nation afloat. Fisher, a white woman, will never face those kinds of obstacles, regardless of how much her UT rejection may have disappointed her.

The concept of “white victimization” and “reverse racism” has been a growing narrative in America in recent years, though Donald Trump has been saying for decades that blacks have an easier time of it than whites.

I hate seeing people get dogpiled on the internet. I really do. And I wouldn’t mind seeing the more personalized of these hashtags die down. Fisher applied and was accepted to other schools. She will now live a life dogged by online notoriety, though never by institutional racism.

I believe that to contend that your individual circumstance, however disappointing, is more important than helping untold numbers of minorities make educational gains is both selfish and myopic. It’s one thing be bitter and disappointed; it’s quite another to take a lawsuit to the Supreme Court in an effort to dismantle a program that helps thousands, but which you feel happened to be unfair to you personally.

Still, the backlash against Fisher is taking a truly ugly turn. It's not what someone should have to face for filing a complaint and seeking due process. You may champion the Supreme Court's verdict, and can celebrate it as a victory for affirmative action, but it's hard to support some of the social media vitriol.