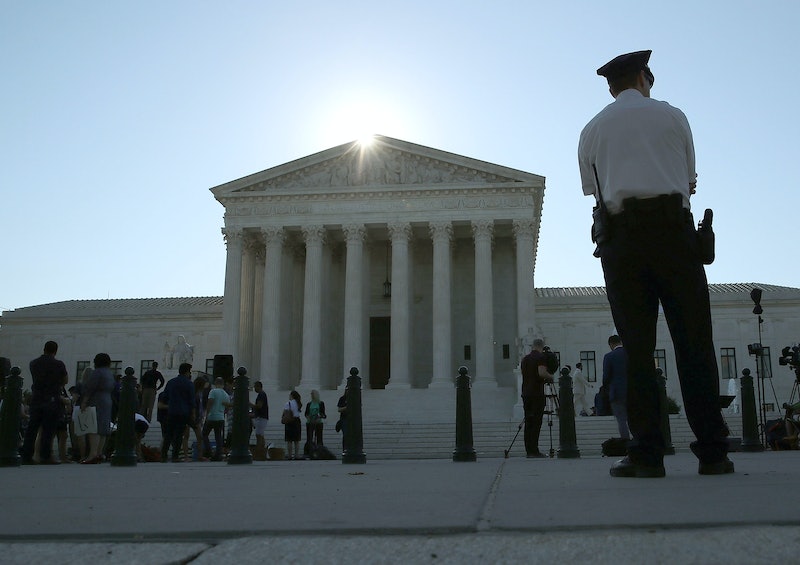 On Thursday, the Supreme Court upheld the University of Texas at Austin's affirmative action policies, rejecting Abigail Fisher's case against the school. Fisher, a white woman, claimed that the university denied her admission because of her race.The case has been the subject of much debate since the Supreme Court last considered it in 2013, with some arguing that Fisher was simply trying to spin the rejection of a substandard application as racial bias, while others believed that, as a white woman, she was held to a different standard than an African-American woman of the same qualifications might have been.

Fisher, who has since graduated from a different university, originally raised her case in 2008. The Washington Post’s Robert Barnes reported that Fisher stated the following in the wake of today's decision:

I am disappointed that the Supreme Court has ruled that students applying to the Univ. of Texas can be treated differently because of their race or ethnicity. I hope that the nation will one day move beyond affirmative action.

The Supreme Court's 4-3 ruling is being widely viewed as a major victory for affirmative action policies. A series of gleeful hashtags have surfaced both in response to the latest decision and to various developments in the last eight years, including #staymadabby and #beckywiththebadgrades. Some have asserted that Fisher would have been denied admission no matter what her racial identity.