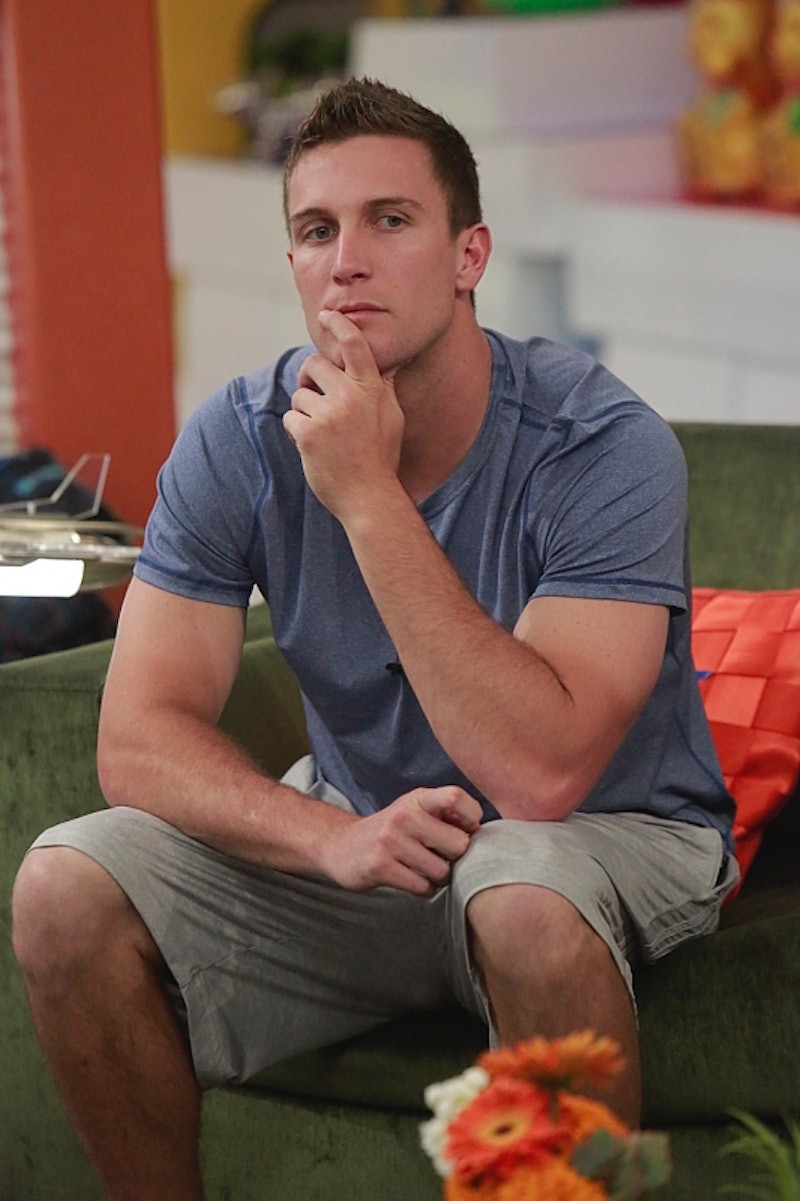 The official motto of Big Brother is "Expect the Unexpected," but there are a few things that fans can expect every year when a new season begins. Every season, a few houseguests find themselves drawn to each other and form a Big Brother showmance. BB18 will likely be no different, with plenty of eligible singles in the house looking to hook up and get together. While some houseguests seem to be interested in getting themselves into a showmance as soon as possible — especially the girl-crazy gym manager Victor — houseguests often find themselves stumbling into a showmance. It seems that two such houseguests who might be heading towards each other are teammates Nicole and Corey, who could form a Big Brother 18 showmance.

When Nicole got the opportunity to pick a teammate for BB18, her top choice was baseball coach Corey citing his physical strength and the fact that he's "cute." Is Nicole scouting out a possible showmance partner? During Nicole's first season of Big Brother, the showmance between her and Hayden allowed the two to get through to the jury phase. Unfortunately, their combined skills weren't enough to stop the powerhouse that was the eventual winner of BB16, Derrick. Is another showmance part of Nicole's strategy, and will Corey be reciprocating those feelings?

Nicole is hot off the heels of breaking things off with her former showmance, Hayden, but that doesn't mean she's looking for someone to take his place. In an interview with BB11 and BB13's Jeff Schroder, she explicitly stated that she was adopting a "No boys" policy with the hopes of not becoming distracted from the $500,000 grand prize. Nicole's showmance with Hayden in BB16 may have been adorable, but Nicole seems to believe that not worrying about boys will help her get closer to the prize than she was able to get in her season.

Corey is more open to a showmance, but he's also focused squarely on the cash. Corey told Entertainment Tonight that "If [a showmance] hurts my game, you can forget it, [but] it’s definitely a possibility.” While it seems that both of these houseguests are more interested in winning than they are each other, that doesn't mean that these two won't change their minds after growing closer over the course of their summer in the Big Brother house.

Of course to grow close in the Big Brother house, they have to manage to stay in it. Nicole's team is on the chopping block their very first week, meaning that they'll soon be losing a member. While they've found themselves at an unfortunate disadvantage at the top of the season, if they manage to survive the first week they could pull a major comeback and be a major house-running showmance like Liz and Austin managed to be in BB17. No matter what happens, it's clear that these two have a connection on some level, but whether their relationship will be romantic or merely friendly has yet to be discovered.