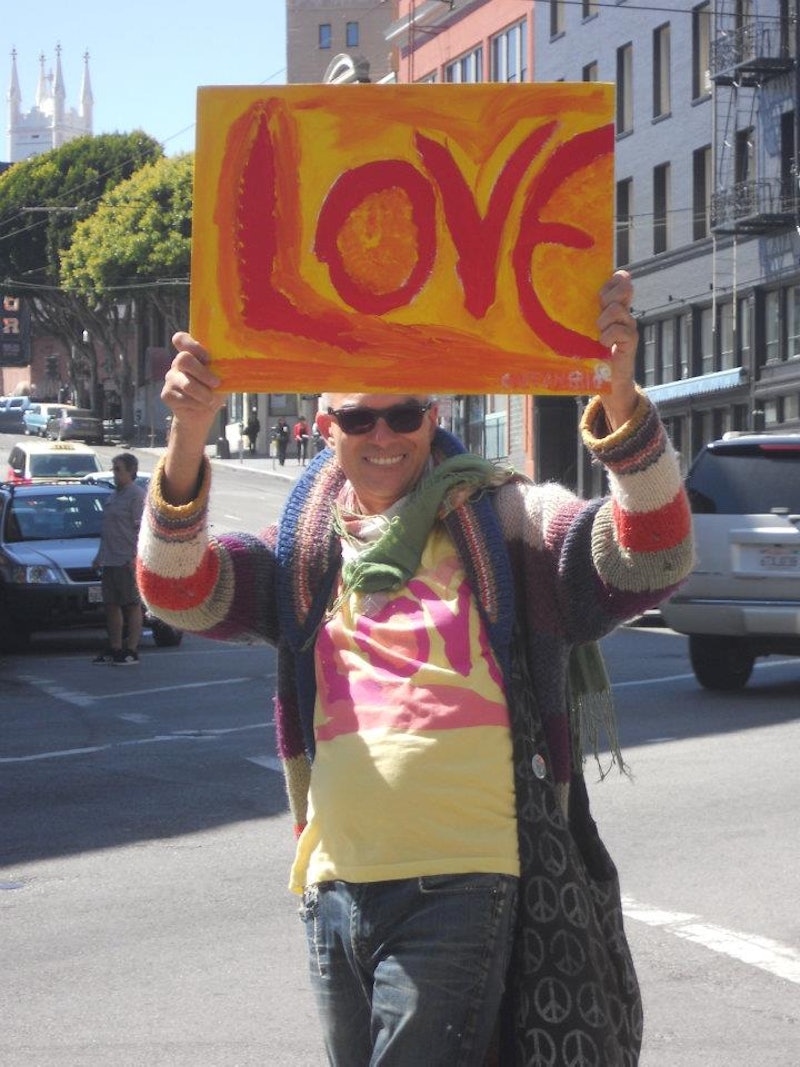 When the Supreme Court declared one year ago that couples like my wife and I had a constitutional right to marry, and for that union to be recognized by all 50 states, tears were rolling down my face before any tissue could catch them. I remember hugging co-workers whose names I didn’t even know, and posting something sappy on social media that I knew I’d later regret.

When I went home that night, Justice Kennedy came with me — in my heart, at least (we don’t allow men into our bed). I swear I walked a little bit taller and held my head a little bit higher. Typically, a piece of paper handed down by a gaggle of old people in robes seems to me like a stodgy act of politico — but in reality, that moment one year ago was the day my wife and I, and millions of others, old and young and not yet born, became equal in the eyes of the law.

Our love was legal in places like Tennessee, Texas, and Tallahassee. If we were traveling in Wisconsin and — god forbid — my wife wound up in the hospital, I could visit her without fear I’d be turned away because I wasn’t legally related. If we ever had a child, we could visit places like Yellowstone National Park or Las Vegas or the Grand Canyon without worrying that if something happened to the biological parent, the other one of us would be considered a legal stranger to our own kid. It felt like the dark cloud that had circled over the heads of all LGBTQ people was starting to lift. My Facebook feed filled with images of same-sex couples getting married and buying houses and having kids. It was simultaneously startling and satiating.

That moment one year ago was the day my wife and I, and millions of others, old and young and not yet born, became equal in the eyes of the law.

For as normalized as nuclear lesbian families are becoming, there is something totally radical and political about marriage equality. Before marriage equality, I would check into a hotel room for “my partner and I,” or tell my aunt about my girlfriend. Uncomfortable friends and family would introduce us as “friends.” It was easier to be closeted, and easier to be dismissed by those who didn’t agree with our right to love.

Now, with marriage equality the law of the land and a marriage certificate in my possession, I can boldly and plainly state, “My wife and I will take the room with the single king bed, thanks.” Even if they’re still not fully accepting, those in our life have no choice but to introduce us as one another’s wife. There is a new sense of agency and empowerment that’s come with our right to legally wed.

Of course, it wasn’t all easy, even after the Supreme Court said we can say “I do” and collect our tax breaks. We saw a rash of bad laws, targeting transgender people in particular. People turned away couples seeking marriage licenses and tried to claim the right to turn us away from wedding-related services. A lot of it felt like grandstanding in an election year, but the consequences were quite real.

The culmination of it all took place just two weeks ago, so close to the anniversary of marriage equality. When a hateful man walked into an LGBTQ nightclub and killed 49 people, leaving 50 more injured, it left the entire LGBTQ community, myself included, broken. If marriage inequality could be considered a sprained ankle, Orlando was both our legs cut off at the knee caps. I went from feeling higher than I ever have to feeling like it was 1955 again, or 1978, or 1999, or any year when you had to fear for your life if you were gay.

I immediately felt vulnerable and scared. I knew that all of those rainbow flags waving in front of the Supreme Court and that little piece of paper that recognized my love as my legally wedded wife would do little to protect us in the face of such hate. I knew that as long as we had people who still clung to old notions of heteronormativity and rejected their LGBTQ kids, we’d have hate, internalized homophobia, and acts of violence committed against us.

In the wake of Orlando, as we near the anniversary of our federal right to marry, what gives me hope is that for the first time ever, we have the sympathy of the country. Of course, the haters that we can always count on to hate are out in full force. But I feel that it’s the first time that the nation — the world, really — is standing up and offering their sympathy and their support to the LGBTQ community in such incredible numbers. When I saw a Christian man make crosses and drive them from Chicago to Orlando to honor the victims, I knew we were in unchartered territory. When I saw law enforcement standing outside of gay bars to protect, not attack, us, I knew we were in a different place than we had ever been before. When I saw the outpouring of support on social media from friends who had previously been tepid at best about LGBTQ equality, I knew this time wasn’t like the others, and that we had truly turned a corner on our acceptance as human beings that have a right to live safely and freely just like everyone else.

This unprecedented level of support didn’t just come out of left field, and it didn’t just happen just because of the severity of this tragedy. People rallied around those 49 victims, and my wife and I, and millions of others who are LGBTQ, precisely because we built the environment over a long period of time. We lobbied to enter dinner table conversations, to make it known that we are your doctors and lawyers and teachers and neighbors. We worked so hard to hold that little piece of paper that claims us equal, and we brought everyone along with us on the journey because we wouldn’t have been able to do it otherwise. Though Orlando was heinous and I of course wish it did not happen, the outpouring of compassion following Orlando is the tipping point that is allowing us to see firsthand the fruits of our labor after decades of advocacy.

When the clocks tick midnight on the one-year anniversary of marriage equality, I will do what I did after I was introduced as “the friend,” after I was harassed on the street holding my wife’s hand, after learning of another queer kid’s life taken too soon by hate, after so many lives were stolen on a night that was supposed to be free and filled with pride, and after the highest court acknowledged our love as real and valid — I am going to curl up in bed and hold my wife close, comforted by the knowledge that love will always win.

More like this
The 19 Best Tweets & Memes About Bisexual Awareness Week
By Lexi Inks
An Honest Review of MeUndies Boxers, According To A Non-Binary Person
By Megan Lasher
Pro Footballer Zander Murray Is "Blown Away" By Support After Coming Out
By Sam Ramsden
This Psychological Effect Might Be Keeping You From Hitting Your Goals
By Lexi Inks
Get Even More From Bustle — Sign Up For The Newsletter