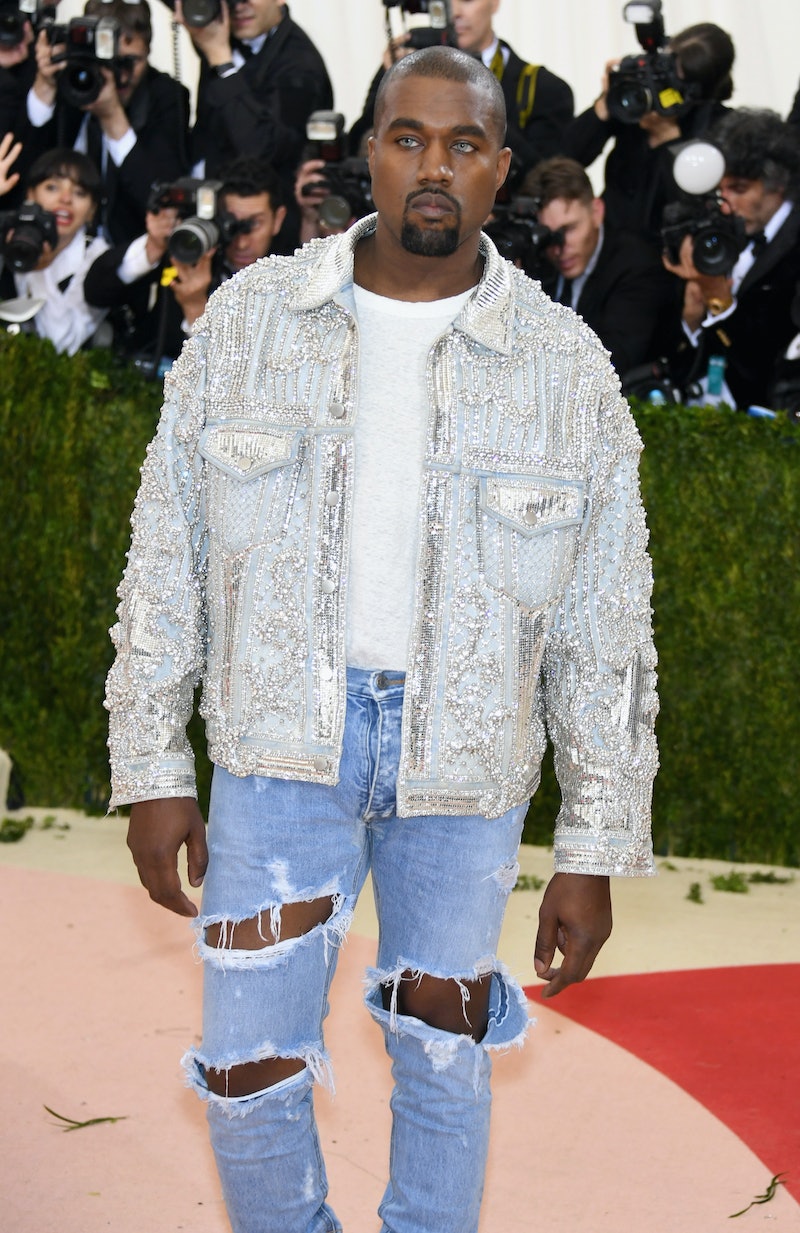 Now that Kanye West has pretty much taken over the fashion scene in the United States, it looks like he's taking it abroad: Kanye's pop-up shop is coming to Paris, so we're going to be seeing a long line filled with Frenchies eating baguettes and pain au chocolats. (Not a bad way to wait if you ask me — it certainly beats the lines in New York City.)

On Thursday, Kanye tweeted the location and date of his pop up store: In Paris. This weekend. For those of us who missed his Madison Square Garden show (aka, all of us), the New York City pop-up show was another opportunity. Granted, we didn't get the grand unveiling, models showing off Yeezy Season 3, and the Kardashian-Jenners dancing in the audience, but it's pretty much the same, right?

The show was a huge hit, especially because Kanye wore a t-shirt that featured his late mother Donda and the late Robert Kardashian on either side, which was for sale. I can't even imagine what the merch must have been like at that show. And if you also didn't get to wait in the line for the NYC pop-up, you may be in luck if you happen to be traveling to Paris this weekend. And, if you are, mind getting me something, please?

West's pop-up in Paris will open on Friday and Saturday, June 24 an 25, and according to Complex, Kanye will be selling merchandise that's specifically designed for the city he's in, as well as bringing it to other pop-ups and "other concert stops that never actually materialized." Are you excited? I am.

His fans are, too.

Here's just a few pieces that were at the NYC shop.

Many on Twitter have even asked him to bring his pop-up to their city, and for good reason. First, it was New York. Then, it was Los Angeles. And now, Paris. Where will 'Ye stop next? We're not quite sure, but we sure as hell can't wait to find out.