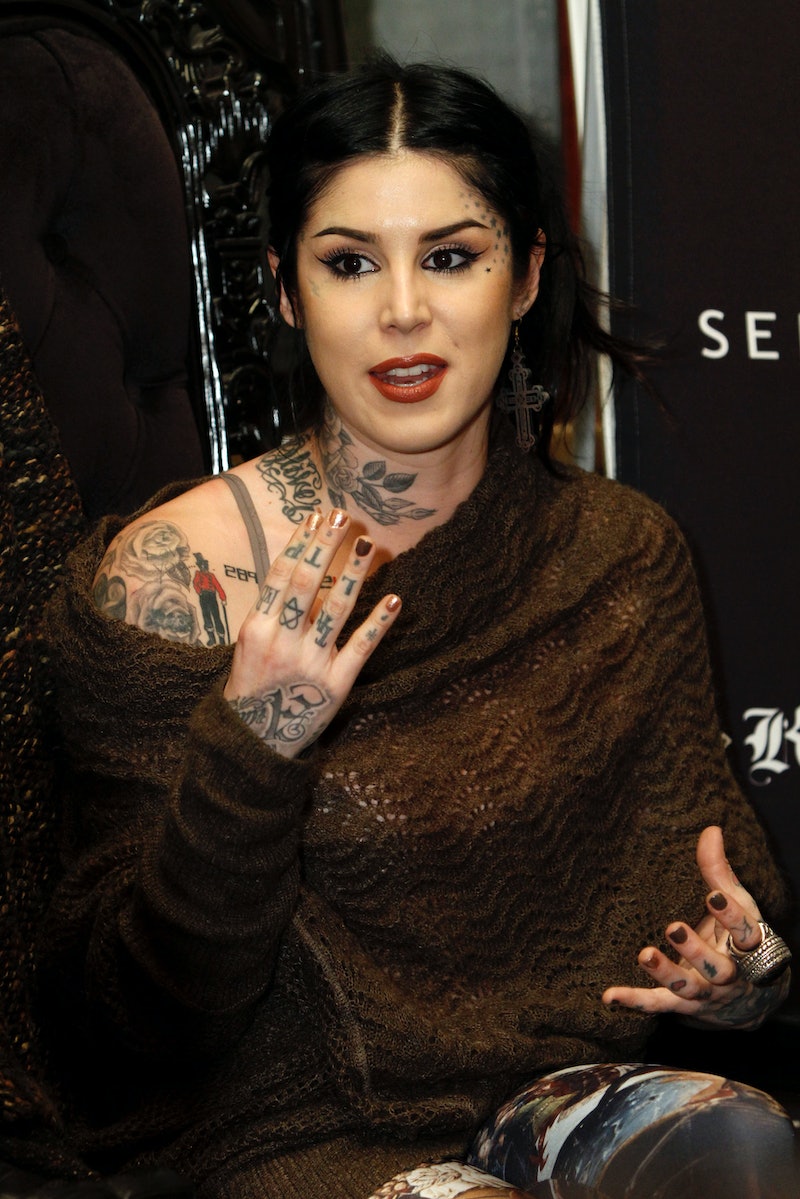 Urban Decay and Too Faced have cornered the market on palettes. Both brands do the multi-tasking, "under one roof" concept flawlessly. But Kat Von D Beauty is also dominating with palettes, like the forthcoming Serpentina palette, due out via Sephora on July 5. Kat Von D also teased her upcoming, shrouded-in-mystery Alchemist palette. She was in a generous mood, since she also doled out some deets on her Metal & Matte Eyeshadow palette. That sounds like something Kylie Cosmetics would sell!

What's the deal with Kat Von D's Metal & Matte shadow palette? Well, all the tattoo artist and makeup mogul shared was a photo of the artwork, which she drew. She posted a video to her personal Instagram, offering a teaser peek. When is it coming out?

We don't know, actually. All she revealed was that it's "upcoming." That could mean anything, really. There's no exact date and that could be TBD due to production schedules and marketing initiatives. I do know that I dig her Metal Crush eyeshadows, so perhaps she is compiling a palette that will have matte versions of the existing and best-selling Metal Crush shadows? Entirely new shades with matte counterparts?

The options are many!

It's not too revealing. Yes, the artwork is boss AF and it's the Kat Von D goth x rock style. But I know I cannot wait for a look at what's inside.

Bustle reached out to Kat Von D Beauty reps to inquire about further details regarding the Metal & Matte eyeshadow palette. We will let you know if and when we hear back.