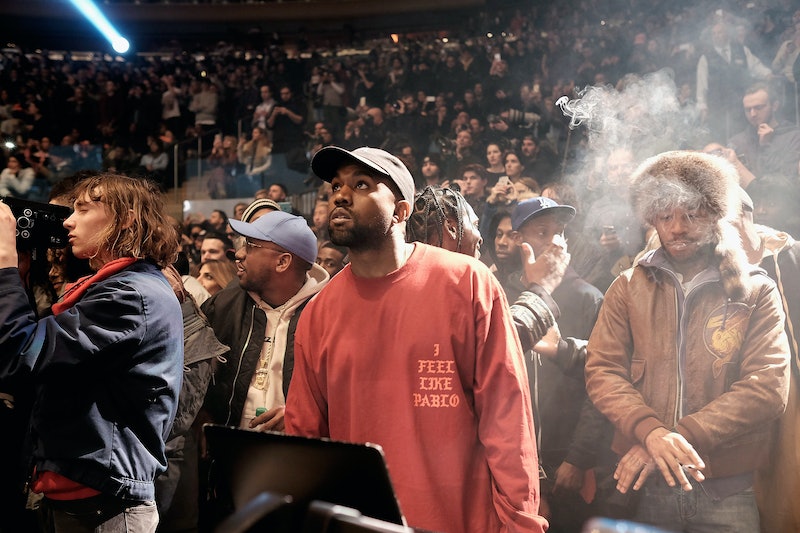 Yeezus has risen again. On Friday night, Kanye West unveiled a trippy visual for "Famous" before a buzzing audience at the Forum (and before a buzzing audience watching the livefeed via Tidal). And once the nude celeb slumber party/music video drew to a close, the man of the evening grabbed the microphone and said a few words about the disorienting short film. Though West didn’t take a second to spill which of the naked celebrities were real people and which were, I don’t know, wax figures (They look so lifelike? But they also look so waxy? But they look too real to be wax? But they can't be real? They have have to be wax? Or maybe they’re made of marzipan? My brain is trippiiiiing ouuuut), he did reveal something about the tableau: "Famous" was inspired by Vincent Desiderio, an American realist painter. The vid draws specifically from Sleep , a huge mural that Desiderio began in 2003 and finished in 2008. And when I say huge, I mean eight feet high and 24 feet long. It's huge-huge. You can take a look at the stunning NSFW painting here.

Desiderio is a Sleepy Hollow, NY-based artist who is currently a Senior Critic at the Pennsylvania Academy of Fine Arts and the New York Academy of Art. As his website points out, his work has been shown at a number of major museums, including MoMA and the Guggenheim. His numerous accolades include becoming the first American to win the Grand Prize of S.A.S. Prince Ranier III, 30th Annual Show of Contemporary Art in Monte-Carlo in 1996. You can check out some of his other works here.