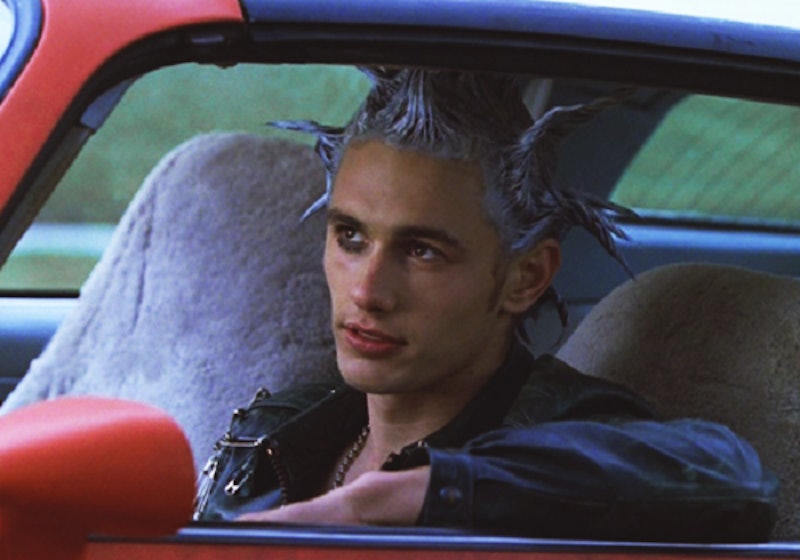 With all the reams of choice that there is to behold on Netflix, you can sometimes find yourself adrift in an endless scroll of titles. That's all well and good if you're simply looking for something to accompany your post-work haze and takeout order, but if you're looking for a show to truly hunker down and commit to for a free, lazy weekend, then it can prove problematic. Personally, if nothing else is tickling my fancy then I always go back to the familiar — and thankfully there's a great selection of '90s shows on Netflix to pick from for just the occasion. For me, though, there's always one show on Netflix which manages to do the job whatever my mood is, and it's perfect for a weekend when you need some serious uplifting. Freaks And Geeks is one of the best '90s shows on Netflix, and it's perfect for a non-stop TV marathoning session. Released in 1999, it's a marvel of a show which successfully manages to avoid the tired tropes of other '90s shows with it's unique sense of comedy and fresh approach to high school life.

Set in the '70s, the show portrays the teenage experience in a way which always feels authentic and written from the heart. Directed by Paul Feig (Bridesmaids, The Heat), it's not too surprising to discover that female characters are well developed and also hilarious. Featuring a cast of full of people who would go on to far bigger things, the show is a time capsule of great talent in it's infancy. Still not convinced that it's the perfect show for you to marathon this weekend? Take at look at these pointers as to why it definitely is:

1. It Has The One Of The Greatest Songs Of All Time As It's Theme Tune

"Bad Reputation" by Joan Jett And The Blackhearts? Oh my God, stop what you're doing and play the entire song at full blast whilst throwing yourself around your bedroom, please. There's nothing better.

2. Lindsay Weir Is A Feminist Hero

Whatever you do, guys, don't tell Lindsay that she's angry because she's "on her period" — a, because that's a terribly misogynistic thing to say, and b, because Lindsay never let anyone talk to her like that. Weir stood up for herself whenever she could, and though she desperately wanted to be cool she wasn't willing to be at the expense of it ruining her life. Stand your ground, girl.

Though she started out as a bit of a bully, she eventually turns out to be sweetly vulnerable, using her ferociousness to stick up for herself and her friends rather than to intimidate people who didn't really deserve it.

4. The Funnies Are Non-Stop (And Delivered With Perfection)

It's no surprise that much of the cast would go on to work with each other time and again (well, at the very least Franco, Rogen and Segel) considering how much chemistry they all clearly had. But there isn't a single actor in the entire show who isn't giving some tone-perfect comedy throughout.

5. But It Also Had A Lot Of Genuine Heart

The Halloween episode where Lindsay's evening of juvenile vandalism ends with her accidentally egging her little brother whilst he's getting beaten up by some older kids is genuinely heart-wrenching.

6. You Can Empathize With The Freaks Just As Much As You Can With The Geeks

Whether you were popular, a burnout, a geek, or a weird combination of these in high school, the genius of the show is that reminds you that everyone had kind of a hard time of it, regardless of your social standing. As a result, you end up really identifying and feeling for the majority of the characters.

7. It Understood The Pain Of Failing To Fit In As A Teenager

Even the kids who appear like they fit in are exposed as trying a little hard and not really being themselves in the process. All of the characters fit into a specific "clique" but only a few of them are shown as feeling like they truly belong anywhere.

8. The Cast Is Perfection

As well as cameo appearances from actors such as Shia LaBeouf (above), Jason Schwartzman, Gilmore Girls' Matt Czuchry, and Lizzy Caplan, the show also boasts a central cast who would obviously go on to much bigger things.

9. James Franco Was Cute As Hell

True story: That smile used to slay me as a teenager (and it still does). His humor is so wonderfully dry in this series too, which makes his biker jacket wearing, perpetually-stoned, failed attempts at being "punk rock" all the more endearing.

10. It's One Of The Few '90s Shows Where The Geeks Are Portrayed Sympathetically

Before Freaks And Geeks, most high school comedy shows would portray geeky characters as one dimensional, grotesque caricatures who deserved all the bullying they got. Thankfully, this show celebrated everything that made the geeks so geeky and portrayed them as being just as misunderstood yet wonderful as every geek in high school has ever been.

There are few people who managed to enjoy happy dating lives in high school, and Freaks And Geeks knew this and ran with it. From Lindsay's hopeless attempts to romance Daniel, Kim's failed attempts to turn Daniel into a faithful boyfriend who respected her, and Lindsay's regrettable decision to date Nick, everyone is shown as being way too immature to handle a love life.

12. Parties Are Portrayed With An Awkward Realism

In the quest to be cool, parties often put us in positions where we were clearly out of our depth, a little uncomfortable and trying to avoid getting caught up in other people's drama (or, our own). Freaks And Geeks totally understood that.

13. It Gave Us The Greatest Halloween Costume In The History Of TV

Honestly, is there anything better?

Like fellow great '90s show My So Called Life, the show got cancelled after just one brilliant season. But that also makes it the perfect length for a weekend marathon session.

Whether this will be your first time watching the show or your 10th (all power to you, lady), Freaks And Geeks is always more than worthy of investing your time into. So order some takeout, prepare some snacks, and ready your duvet, because this gem of a show is just a click away from a marathon of pure joy.