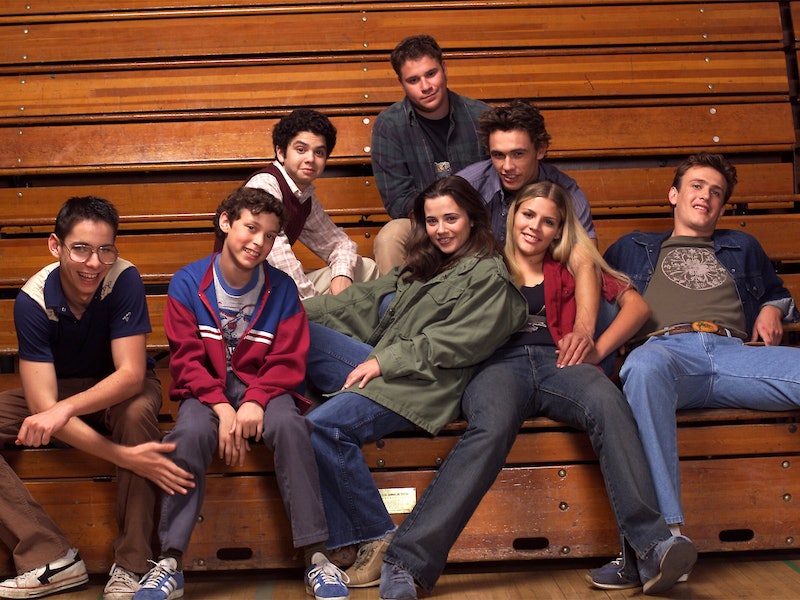 It’s been 15 years since Judd Apatow introduced us to a motley crew of nerds and stoners, over-achievers and loners, a really spectacular bunch of Freaks and Geeks . The one-season-only series served as a launch pad for nearly a dozen careers. Though it was very short-lived, it became an almost instant-cult classic. Fans of the show treat it like special secret the rest of the world was too busy to notice. But those who noticed got to witness James Franco, Linda Cardellini, Seth Rogen, and Jason Segel put out some of their most earnest work.

Perhaps it was the fact that the series creator Paul Feig wrote the show through the lens of nostalgia, or maybe it was because that the actors playing the Freaks and Geeks were close at heart (and actual age) to their characters, that the series so effortlessly pulled at the heartstrings. Every episode was filled with equal parts belly laughter, teenage angst, cringe-worthy awkwardness and just the right level sentimentality.

Between the aches of first love, first dances, and first kisses, we met the uncool nerds who were woefully duped into buying leisure suits and the try-hard slackers who were just trying to carve out a space in a place they didn’t belong.

If you were a fan of Freaks and Geeks from the very beginning or are just discovering the series now, it’s OK you can sit with us at the lunch table. We’re all misfits here at McKinley High, and this is what your favorite character says about you.

You were an over-achiever in high school. Student Council, Model UN, the school newspaper, and one sport (most likely Field Hockey) were all crammed into your busy schedule of maintaining that 4.0. You won the senior superlative “Most likely to succeed” and probably list Lisa Simpson amongst your list of feminist heroes. Nowadays you take your coffee black and hate yourself for wanting almost everything from the Home section of Anthropologie.

You, you diamond in the rough, you. Though perhaps a little over-looked in middle school and high school, you really came into yourself in college. You found improv comedy and filmmaking and now have a really creative job that all of your friends from back home envy. But it’s not like you brag about it on social media, it’s just not your style. Way to go on that scholarship, you totally earned it.

You’re in a constant crisis about when or if you should ever give up the whole free spirit thing. Sure, you’ve got some great stories, you’ve seen the world, and met so many “like, amazing” people, but sometimes you just want to plant a few roots. But then as soon as you start letting a little moss grow under your feet, you just know it’s time to take off again.Your belief is that life deserves a good leather jacket and whiskey.

Your parents decided to get divorced at your bar mitzvah. You’ve never gotten over it.

You’re known as “the funny one” in your group of friends. Though you’re always good for a laugh, sometimes you struggle to really express yourself when you’re going through a tough time. Thankfully you have a small handful of good, close friends who are always there to listen, which you prefer to having a big group of just OK friends. You are loyal to a fault and more sensitive than you let on.

You are the definition of wearing your heart on your sleeve. You leave it all on the table when it comes to love and relationships. You’re passionate in all aspects of your life and give everything 110 percent. Because of that, you often feel let down by people who don’t go all in with you. You’re on a constant rollercoaster of high-highs and low-lows. You’re the happiest when you’re busy, but especially when you’re in love.

You have the driest sense of humor in your group of friends. You probably introduced a few people in your college dorm to Christopher Guest movies and schooled everyone in playing Settlers of Catan. You have a tendency to want to one-up people, especially when it comes to know-how, which would be annoying if it wasn’t for the fact that your intentions are nothing but sincere. You do you, you big weirdo.

Your stink-eye has been known to kill. You’ve never had a problem expressing your opinion and have been called “too honest” more than once. You don’t settle for less than what you deserve, which is perhaps the most challenging aspect of your life, but also the most rewarding.

Knitting. You do lots and lots of knitting.

You probably live in Colorado.