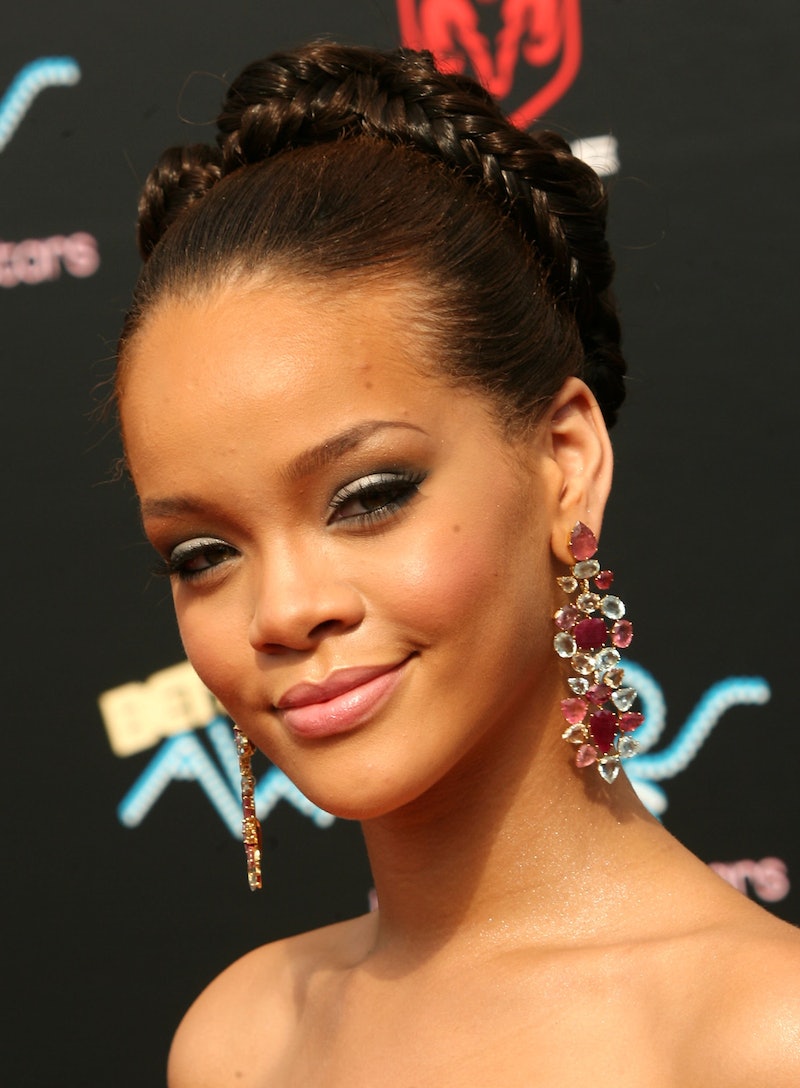 Rihanna is known for bringing the coolest and edgiest style of anyone, but it turns out she wasn't always the biggest fashion icon that she is today. The singer started out wearing the basics, just like everyone else. Rihanna's first BET Awards look proves just that. She might not have been the Bad Gal Riri that she is today, but she did encompass the early '00s pretty well.

When you think of Rihanna wearing a nude dress, you probably think of her 2014 CFDA Awards gown. Well, before she was that edgy, she was just your typical pop singer. Wearing a strapless, nude gown that looked like it came from a Laguna Beach homecoming episode, Rihanna's 2007 style wasn't exactly the edgiest. The outfit was simple, sweet, and bedazzled — three words that don't describe her 2016 style at all.

Her first ever BET Awards red carpet happened the year the "Unfaithful" and "S.O.S." came out. She was slowly transitioning into the star that she was today, but her style wasn't exactly on the same page. She wore huge, pink-and-purple jeweled earrings, a braided back updo, and shoes that are quite different than anything she's designed for Puma. Prepare yourself, because this is Rihanna like you've never seen her before.

Even her pose if completely different than her laid-back, cool style she has today. It's weird to think that she went from this 2006 nude dress to her 2014 naked gown.

I'd say she's come a far way since then. Rihanna is set to perform at this year's BET Awards too. She hasn't been at the awards show since 2008, so it'll be interesting to see how her wardrobe has changed. Something tells her outfit will be completely different than her first look.

I have to admit that I do love her makeup though. Her dewy skin and silver eyeshadow would actually be completely on trend for this year's show.

By 2006 standards, she completely nails this look. I just can't wait to see how this year's look compares.