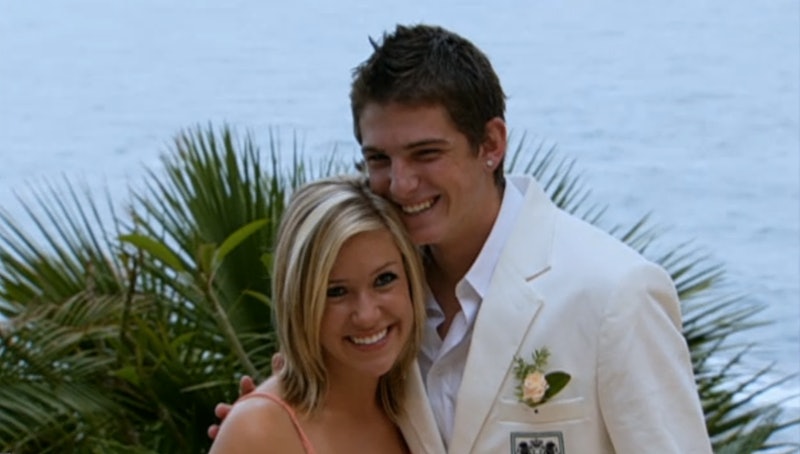 Even if you're not big on reality TV, you have to admit that MTV's Laguna Beach was a total gem. The show, which only lasted two good seasons, introduced us to Lauren Conrad, Kristin Cavallari, the way The O.C. really works, and of course, lots of drama — especially when it came to prom at Laguna Beach. I used to obsessively watch Laguna Beach, and I actually own it on DVD (not even ashamed), so I'm something of an expert guys, but no big deal. There were a lot of noteworthy episodes, but two of my favorites were the ones about senior prom.

In the episodes "The Last Dance" from season one and "Our Last Prom" from season two, we watch LC (sorry Lauren Conrad, you must be referred to as LC whenever Laguna Beach is discussed), Lo, Kristin, Stephen, Jessica, Jason, and more head off to their last school dances. Prom is a big deal all over the country, even in laid-back California, and that's proven in these episodes. Although they might not be the most drama-packed episodes of either season, they are still seriously memorable.

So, if you were wondering which TV show featured the best prom episode, I'm going to have to make a strong argument for Laguna Beach. These prom episodes will transport you right back to 2006, when Abercrombie & Fitch was still cool and we all really wanted to be best friends with Paris Hilton. Not convinced yet? Here are 14 reasons Laguna Beach featured the best prom(s) ever.

1. The endless conversations about whether or not they were going to get asked.

"I'm really scared I'm not going to get asked." "I don't think anyone is going to ask me." "Someone is for sure going to ask you." I mean, I would make fun of them at the time, but come on — who hasn't been there?

2. The cheesy and elaborate promposals.

Limos, tow trucks, gorilla masks, creepy stalker notes, fish, rose petals, tons of candles to spell out "PROM?" Only in the O.C. Is this when promposals gained popularity?

3. The girls getting ready for prom.

Like Lo's dad adorably videotaping LC and Lo as they got ready. Does that even happen anymore?!

Hmm, where to start? We had a ton of short dresses that featured lots of tight tops and frilly bottoms, outrageous floral patterns, odd ruching, and lastly, weird cutouts, hemlines and necklines. Doesn't get much better than that.

8. The obvious drinking in the limo.

We were ALL these girls.

10. The fighting during the limo ride home.

It was obviously the perfect time for Kristin and Stephen to get in a fight about what they were going to do once Stephen was away at school.

Even though Jason bought Cami to prom, and Alex totally didn't care, they still ended up making out in the parking lot.

13. The emotional realization that it was one of the last times they would all be together.

LC wishing she was with Stephen, Stephen and Kristin being together, then Kristin and Talon fighting, Jessica and Jason acting ridiculous... and so much more. Come on, what would prom be without drama, especially in the O.C.?