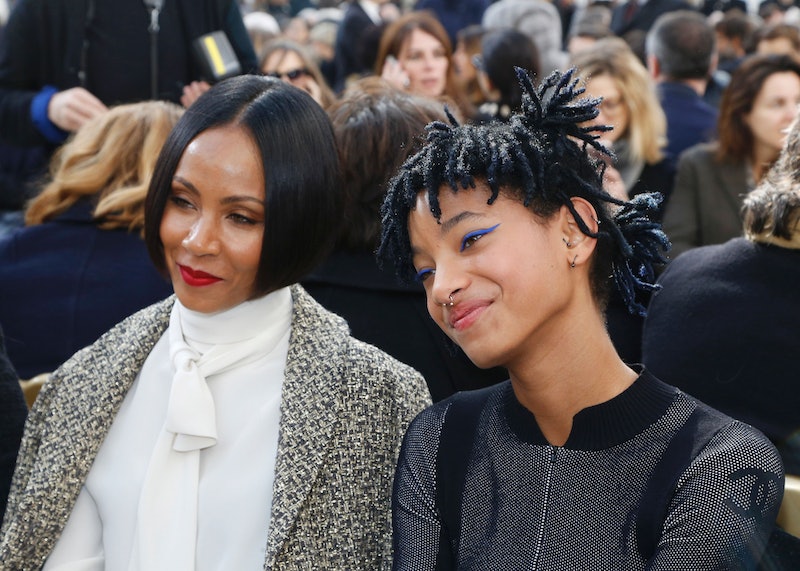 There's so much amazing red carpet style on view at the 2016 BET Awards, so Willow Smith's cool girl ethos seemed like a perfect fit for the event. If you were hoping to catch more of Smith's dramatic, funky style (I know I was, especially after Smith appeared alongside her brother Jaden in fabulous, coordinated looks for the 2016 Met Gala), you were probably just as disappointed as I was when the young star was nowhere to be seen during the evening's events.

For those of us who were bummed when Smith skipped the 2016 MTV Music Awards, an appearance tonight would have been a real treat. I love that Smith is so dedicated to her own sense of style at only 15. Personally, I know I wasn't nearly as fashionably self-assured when I was a teenager. The singer and actor has mentioned being sartorially inspired by her mother, Jada Pinkett Smith, and I can definitely see some of mama's signature confidence in Smith's looks; but this cool girl has a style all her own.

Smith posted a selfie on Instagram during the June 26 ceremony this evening, with a freeform, poetic inscription all about dealing with sadness and insecurity. I hope she is feeling OK, but if she needs a little time away from the cameras, it's awesome that she knows when to step back for a bit of self care.

We missed you tonight, Willow, but hopefully we'll get to see more of your killer style again soon.