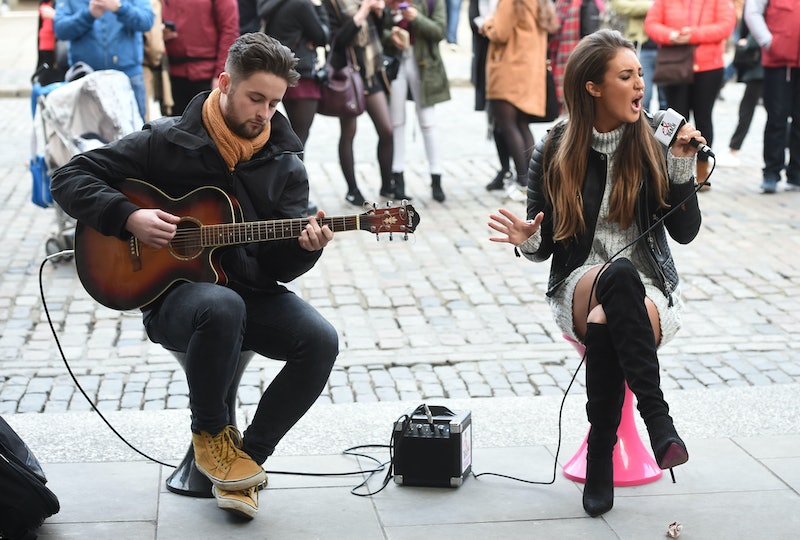 Ah, Brexit. The day when Ireland finally got to say to the rest of the world: “I told you the English were a bunch of pricks!” (And by “Ireland,” of course, I really mean “my Irish friend Jack,” and by “say” I mean “write in a WhatsApp message” and by “rest of the world” I mean “me.”) As an American citizen living in Berlin, I can’t claim to have a uniquely intimate connection to the European Union. But I most certainly felt the sting of Britain’s surprising vote to leave the European Union when I read about it in the news on Friday.

This was partly because as of late, my husband and I have been seriously discussing the possibility of moving to London next year. Now, thanks to Brexit, I may never get to live out my fantasy of writing in the city of Charles Dickens and P.G. Wodehouse. It doesn’t make much sense for a German lawyer to abandon one of the world’s strongest economies — one that’s all but indestructible in the capable hands of Angela Merkel — for the soon-to-be pauperized British pound and the once-strong infrastructure which, thanks to the efforts of David Cameron (the Houdini who has just carried off the previously unthinkable feat of bumping Donald Trump down to number two on the list of the European public’s Most Hated Living Men), is probably about to crumble like a house of cards. But there was more to my sadness than the normal crippling sense of loss you feel whenever a lifelong dream goes down the toilet.

Much of what I felt was disillusionment. I’d always thought of Britain as a beacon of intelligence and emotional sobriety, but suddenly I was faced with the horrible realization that it was actually just Texas (with better regional accents). I was also completely baffled. As an American — a citizen of one of the most hated countries in the world — I’ve always been envious of Europe’s apparent camaraderie. Whereas the U.S. has been, for many years, the powerful outsider, European countries have always seemed to belong to a collaborative club — like members of a football team (European football, obviously) working together.

I also immediately thought of my friends. As a Juilliard grad, I know a lot of European musicians — a demographic that’s expected to be hurt by Brexit. I caught up with a few of them over the weekend, and their reactions were overwhelmingly of fear and concern.

Lucia Ortiz Sauco, a violist from Spain, explained that she was currently on a tour in Japan with the CBSO — a British orchestra with members from all over Europe, including Britain, Spain, Poland, Germany, and France. “The atmosphere is so gloomy here, and this feeling was shared equally by everyone in the orchestra,” she told Bustle. “I didn't believe that this could actually happen, and it made me profoundly sad to know that the UK doesn't want to be part of the relationship the EU has been building for over 40 years.” She went on to explain one of the ways in which Brexit affects her directly: “Most of my work is in the UK at the moment. I’m on trial for two orchestras there, and I’ve been thinking about moving there. But this makes me think that I might have to try somewhere else instead. On the other hand, I love the UK and have lots of British friends who don't think like that. They are just as hurt as I am.”

She expressed her disappointment in the UK’s lack of commitment to the continent’s common goals. “Sharing and learning from our differences is what, to me, makes the richness of Europe. Therefore, I don't feel welcomed any more, but disappointed and tremendously sad ... Our life is about sharing passion and love through music to as many people as possible. And that is the contrary to what Brexit is about — creating borders.”

"As European citizens we could, until now, work in England without visas. But if they close borders and the right for Europeans to work there without visas, we are f*cked."

French violinist Clémence de Forceville also shared her concerns. “I play in a string quartet professionally — based in London — and all of our concerts happen in England for now,” she told Bustle. “The violist and cellist of our group have British citizenship, but the other violinist and I don’t. As European citizens we could, until now, work in England without visas. But if they close borders and the right for Europeans to work there without visas, we are f*cked.”

She went on to say that she thinks the difficulties stretch beyond her own. “That’s my personal problem, but I think the British just made a huge mistake. They maybe forgot about the younger generation, the one that would like to study abroad or work abroad, and particularly for artists and freelance musicians for whom the European Union made it possible to play and study in different countries.” She finished by remarking that most of the musicians she knows in London aren’t from Britain, but from Europe, and that they would certainly suffer from increased plane fares and higher border control. “They come from abroad to study there and enrich the musical life there with their talent. What a shame that Brexit will probably make their life much more complicated.”

Northern Irish pianist Michael McHale’s concerns were more political. “I'm depressed by the result, and its implications, many of which are uncertain, but all of which fill me with dread,” he said, in a striking departure from his usually upbeat demeanor. “Of particular frustration is the fact that both the staging of the referendum in the first place, and the subsequent support of Brexit by some key political figures, were largely motivated by petty political power struggles, yet the ramifications are likely to be longstanding and global. Selfishly, I'm very glad that I have an Irish passport as well as a British one! I cling optimistically to the hope that some wonderful course of events will lead to a U-turn before too much damage is done, though this seems unlikely.”

Most of the Germans with whom I’ve spoken have taken a more defiant stance. Through my open Berlin windows, I could almost hear a cheer resounding in the streets when Donald Tusk announced that the EU would expect Britain’s exit to be swift and in accordance with the terms outlined in the Lisbon Treaty. For those who share this expectation, the best possible scenario is that Britain will face very harsh consequences as a result of its decision — for the sake of the EU. My husband Stephan, who worked at the Ministry of Economics during his Referendariat, is one of these people.

“It's a sad day, but, ironically, mostly for the British.” he said. “The EU doesn't depend on the UK, but the UK does very much need the EU. In the end, the Union will be stronger, as countries will see the consequences of being on their own in the modern economic world. It’s sad for the British, but it's also their democratic prerogative.”

Perhaps there are some who disagree with his predictions. But what everyone does seem to feel is that it is indeed a sad day. In the grand scheme of world politics, the EU exemplifies something inspiring and heartening. It’s more than just an economic coalition. It’s a peacekeeping effort, and a successful one at that. It’s a testament to unity and togetherness and cooperation — a kind of modern-day Camelot. And there’s something very sad and depressing about watching the Round Table lose one of its shining knights.