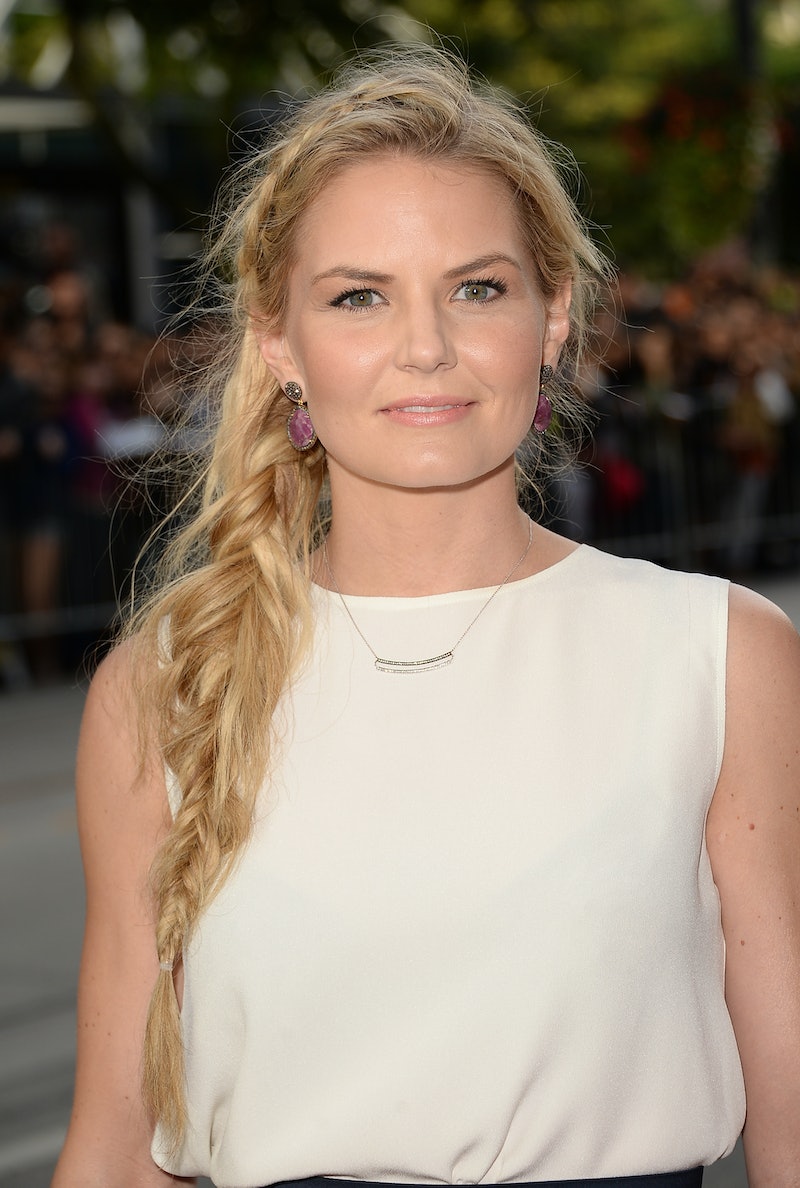 With season 3’s midseason premiere of Edward Kitsis and Adam Horowitz’s Once Upon a Time making its way back to ABC on Sunday, March 9, I’m planning to clear my entire schedule. I’m definitely making popcorn, lounging on the couch in sweats and preparing my best I-will-kill-you-if-you-don’t-stop-talking-during-this-show death stare. The first part of the third season ended with (SPOILER: Close your eyes) Peter Pan setting a curse on Storybrooke, forcing all the fairytale characters to return to their former home in the Enchanted Forest while Emma and Henry escaped to New York City, where all their memories were erased. It was so sad and I cried.

However, clearly a midseason finale wouldn’t have been good without a big fat cliffhanger that would make you want to punch yourself in the stomach. So that’s why the last episode finished with us seeing how Hook somehow made it to the Big Apple to find Emma and Henry only to be received with a big ol’ slap across the face when he tried to kiss Emma.

So though we have heard all the juicy gossip about the show introducing both Glinda the Good Witch and the Wicked Witch of the West, I’m more intrigued by the relationship that will develop between Hook and Emma. After seeing much sexual tension between the two (because who would not want to kiss Colin O’Donoghue’s handsome-as-hell face?!) and a love triangle with Emma having ultimately semi-chosen her baby daddy Neal over Hook, it’s fascinating that the show’s creators would choose Hook as the hero of the midseason finale.

What does this mean? If I had money — but I don’t, because I’m a broke college student — I would bet you a couple hundred that Emma and Hook will end up together during the second part of season 3... briefly. And as the season continues, it’s highly plausible that the following will occur:

As we saw, Hook gets rejected because Emma doesn’t remember who he is and because I would be freaked out too if a rando man with a hook for a hand kissed me on the lips. However, Hook will likely continue with his mission, meeting with Emma once again to explain the situation that is “Hey, you’re actually the daughter of Snow White and Prince Charming.” Of course, Emma will be quite skeptical at first, mimicking her reaction to Henry’s belief in fairytale characters in season 1.

I suspect however, that this time, rather than Henry convincing Emma of this reality, Emma will come to terms with Hook’s message herself, making her the “truest believer.” Although, who actually knows what will take place until the season gets under way, I doubt — or at least don’t exactly have high hopes — that Emma’s memory will come back similar to how it appeared in the show’s promo video. That’s just too easy… and kind of repetitive. Instead, Emma will trust her intuition, believing, “Hey this pirate guy is crazy, but maybe he’s actually telling the truth. Plus he’s so attractive.”

Putting her trust in Hook’s hands, Emma and Henry will follow Hook back to the Enchanted Forest (lord knows how that will work) to help defend her family and friends from an impending doom (aka the Wicked Witch). She will fight alongside both Neal and Hook, but, still not having her memory, will feel much differently toward Neal… kind of like that Rachel McAdams movie where she gets into a car accident, forgets everything and Channing Tatum has to convince her to fall in love with him all over again. This time, however, having the opportunity to view both men with a completely unbiased perspective and not knowing either of them, Emma will fall for Hook this time.

With Hook now having a clean slate, he will look like a savior in Emma’s eyes. Although Neal will absolutely 100 percent dread this, knowing that until now, Hook has kept his word and never made the moves on Emma as he promised while they were all in Neverland, he’ll allow Emma to be with Hook. BUT, plot twist (dun dun dun), knowing that deep down Hook actually has a heart of gold, he will probably refuse her advances because he recognizes that her “love” isn’t real and that, because of her memory loss, in reality he’s still her second choice.

When this happens (because it will since I bet a few hundred dollars that I don’t actually have), I will cry the biggest crocodile tears because Hook never gets his way despite being a changed man.