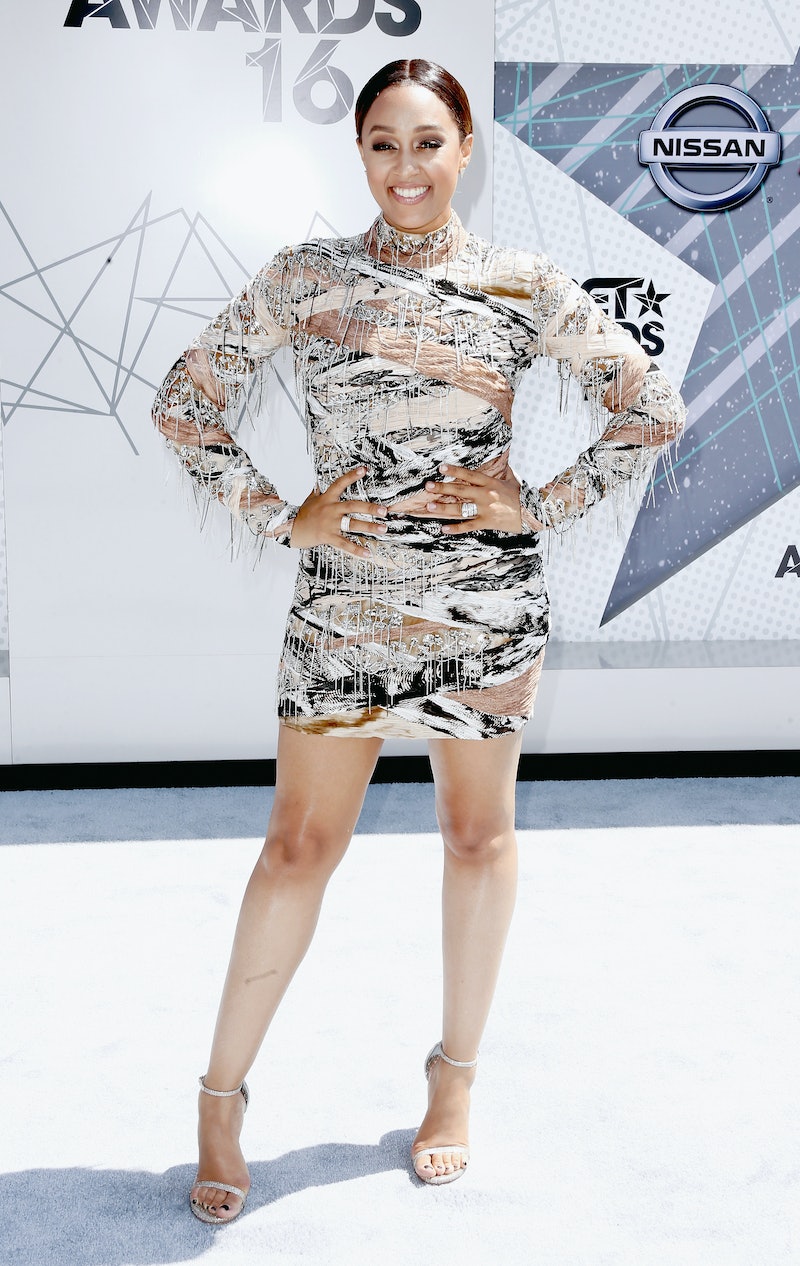 Tonight's BET Awards aren't only going to be about bold fashion statements on the red carpet or jaw-dropping performances. The show will also honor the late, great Prince, of which Tia Mowry at the 2016 BET Awards was obviously aware. She showed up on the red carpet ready for the "Purple Rain" tributes, telling cameras that her look was Prince-inspired. Wearing a bold Roberto Cavalli dress, Mowry strutted down the red carpet in an all at once demure but outrageously sexy mini. With a turtleneck and long sleeves, the mini gave off a modest vibe. But the detailing is where it gets its Cavalli-approved sauciness.

The dress featured an abstract animal print that seemed to slash down to the hem, with a heavy dose of flapper-esque fringe and beading. It shimmered and attracted the eye, yet wasn't overwhelming because of its nude and black color palette. It was all at once elegant and flashy; perfectly gaudy yet reserved.

Playing with that kind of pluralism, one can see how Mowry's look was inspired by Prince. He, too, refused to put himself into neatly defined boxes and instead walked the line between opposing ideas: He was both feminine and masculine, rock and pop, edgy and demure. Just like Mowry's outfit.

The actor's look was bold and flashy, with a Prince-approved amount of adornment and showiness. She looked frilly and sensual; and by not going with something subdued, but with a look that was fearless and playful, she honored the late star perfectly.