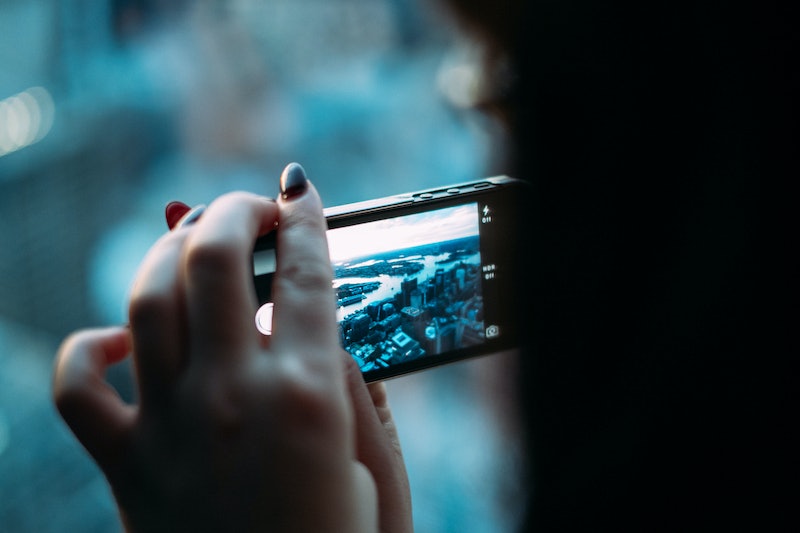 Although smartphone cameras aren't quite yet capable of all the magic that can happen with a DSLR, there are lots of ways to turn your smartphones into professional cameras: Plenty of attachments, apps, cases, and additional tools exist that will boost the photographic performance of your phone in a major way. I mean, feature-length films are being shot with smartphones — like the award-winning Sundance film Tangerine — and many professional photographers are displaying mobile photography on their online portfolios. Clearly, these little devices we all carry around with us wherever we go are capable of much, much more than just capturing the occasional selfie.

Film, photography, and camera nerds everywhere usually agree that there's nothing better than a DLSR, and there's no denying that the right tools can really boost your photography game. But art is only as good as the artist, and fancy tools will only get you so far — so a DSLR is by no means necessary to create spectacular pieces of photographer. Besides, materials capable of turning your smartphone's camera into a professional-grade tool are usually a lot cheaper than a DSLR — sometimes to the tune of several thousand dollars cheaper. In fact, I would argue that the affordable nature of many smartphone camera tools democratizes the art of photography, giving people who may not have a ton of disposable income the ability to invest in the equipment needed to create their art.

Let's take a look at several tools you can use to turn your smartphone camera into a professional one — and seriously up your Instagram game.

Not interested in external attachments for your smartphone camera? Look no further than FiLMiC Pro, the app that turns your phone into a professional-grade video camera by putting a huge array of options for filming and photography right at your fingertips. It's consistently rated as one of the best apps for photography and videography, and while it's a bit of a splurge, $9.99 is still small potatoes in comparison to the thousands you might spend on a DSLR. It's available both for iOS and Android devices.

Want to give your photos a different look? All-in-one lens attachments usually come with four different lenses that you can attach to your smartphone camera to improve the quality of your photos and diversify your images. the Olloclip, for example, comes with a fisheye lens, wide angle lens, 10x macro lens, and 15x macro lens. These lenses will allow you to capture more of the landscape in front of you, distort reality, or get super close to an object.

While the all-in-one lens option gives you a wide variety of lenses, telephoto lenses are usually sold separately. These powerful tools are great if you're shooting in nature and want to capture images from farther away.

If you're going to be shooting with a telephoto lens, or shooting things like time lapses, prepare to invest in an smartphone tripod as well. You can buy monopods, regularly sized tripods, or smaller tripods for macro photography. Most of these cute little tripods also come with attachments you can screw onto other tripods — even those designed for actual cameras.

Want to snap a group pic, but don't have enough finger flexibility to tap the shutter? Did you find a perfect selfie angle, but it's from a tree branch and tapping the shutter might knock the phone over? Bluetooth remotes come in handy if you're worried about issues of stabilization, especially if you're shooting with a telephoto lens.

Drone use in photography (and in many other areas, for that matter) is controversial, but a lot of filmmakers use drones to get birds-eye view shots or perspective on a scene that might be hard to achieve otherwise. Drones, of course, are not cheap items so unless you're made of cash or super ambitious about a project, you can always stick to attaching your phone to a monopod and running around like an annoying, sometimes intrusive human drone yourself.

Prefer to shoot a little close to the ground? The camera skate dolly can keep your tracking or panning videos steady even while in full motion. It helps if you've also got a clip clamp phone mount, but since those cost less than three bucks, that probably won't be a problem.