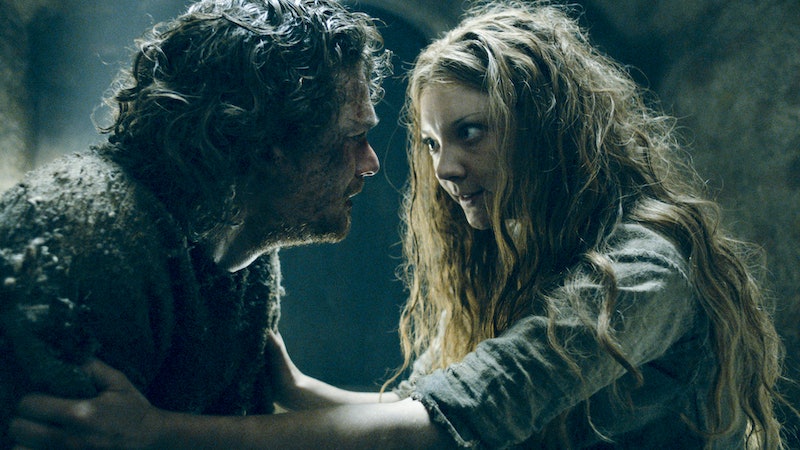 We knew there was a good chance that Cersei would unleash wildfire upon her enemies in the Game of Thrones finale — like the High Sparrow, for instance. However, I don't think any of us expected that some of our most beloved characters would also go up in flames... literally. Thanks to the fact that Lancel Lannister is the slowest candle burner-outer ever, the wildfire spread like... well, wildfire... and took everyone who was inside the Sept along with it... including the entire Tyrell clan. But are Margaery and Loras really dead on Game of Thrones ? I don't want to believe that someone like Margaery would leave our lives so suddenly, and yet how could she possibly get out of that situation?

After neither Cersei nor Tommen showed up for the trial, Margaery knew something must be terribly wrong. Knowing Cersei as well as she does by now, there was only one reason for the former queen to not feel the need to come there to protect herself: because she already had a plan in motion that would keep her safe. And the only thing that would keep her safe would be if the High Sparrow no longer existed. But as sound as Margaery's reasoning was, the High Sparrow would not listen and, unfortunately, didn't allow her or her brother to leave the building in time.

Right when that candle wick hit the green wildfire liquid, Margaery looked to the Sparrow as if to say, "we're screwed" and then just like that, they all went up in flames as the building crumbled around them. From where I'm sitting, there's just no way she or Loras could've survived such an awful attack, especially since later in the episode Olena seemed to confirm that both her grandson and granddaughter were killed. So unless she's in on some unknown scheme where they're only pretending to be dead, I think the answer is clear. But given that this is the season that brought us back Jon Snow, I guess anything is possible.