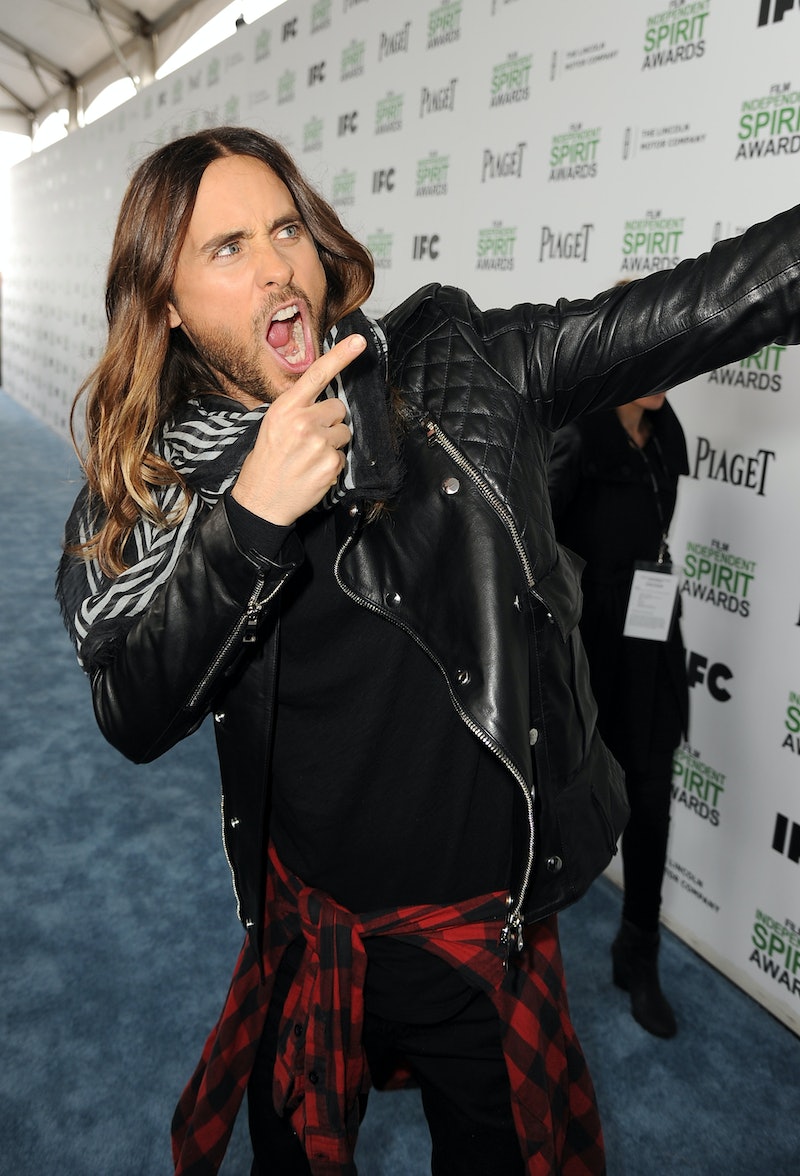 The 2014 Academy Award category for Best Supporting Actor was chock-full of firsts this year, as three of the nominees, Captain Phillips' Barkhad Abdi, 12 Years a Slave's Michael Fassbender, and Dallas Buyers Club's Jared Leto, were honored by a nomination for the first time in their careers. (American Hustle's Bradley Cooper and The Wolf of Wall Street's Jonah Hill were previously nominated for Silver Linings Playbook and Moneyball, respectively.) But only one of them got to take the statue home. Jared Leto won the 2014 Oscar for Best Supporting Actor for his performance as Rayon, an HIV-positive transgender woman, in the Oscar-nominated film, Dallas Buyers Club.

After a four-year hiatus from film to focus on his music career, Jared Leto returned to the big screen to star next to fellow Oscar nominee for Best Actor, Matthew McConaughey. In a film heavily focused on physical transformation, Leto stunned audiences with his seamless portrayal of a transgender woman suffering from AIDS who, in a sudden twist of fate, befriends a homophobic cowboy who manages to smuggle unapproved pharmaceutical drugs into the country from Mexico. The pair realize the drugs have positive effects on their symptoms and decide to band together as the Dallas Buyers Club and sell the drugs on the street to fellow AIDS sufferers. It's an important movie, if a bit controversial — Hollywood has been criticized for its insistence on giving transgender and homosexual roles to cisgender and straight men, who are often awarded for their "bravery" in taking on the roles. Leto, unfortunately, has only made matters worse by poking fun at hair removal instead of paying tribute to the transgender community.

This time around, Leto redeemed himself by acknowledging the transgender community in his speech, paying tribute to "those of you who ever felt injustice because of who you are and who you love."

He also acknowledged his mother who attended the ceremony with him and thanked her for her lifetime of sacrifices.

"In 1971 in Boger City, Louisiana, there was a teenage girl that was pregnant with her second child. She was a high school drop out and a single mom and somehow, she managed to make a better life for herself and for her children...I love you mom, thanks for teaching me to dream."

Leto has already won his first Golden Globe for Best Supporting Actor in a Motion Picture and the Screen Actors Guild Award for Outstanding Performance by a Male Actor in a Supporting Role. This is his first Oscar.