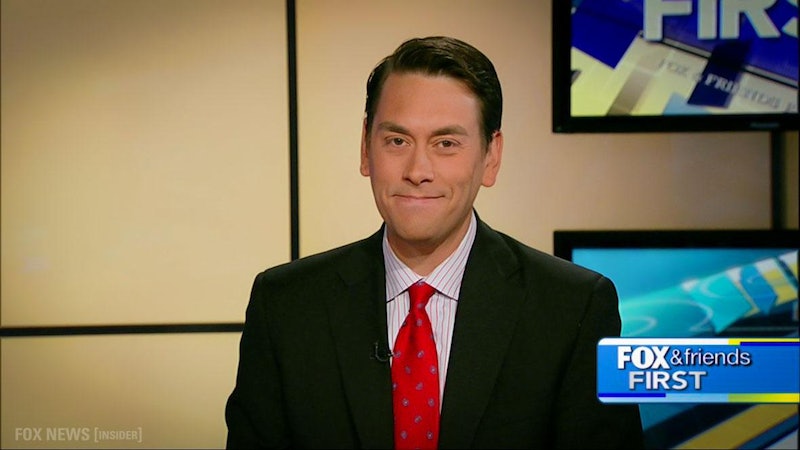 Facebook recently rolled out a feature allowing users to select a custom gender from a list of over 50, along with either male, female, or gender neutral pronouns. As one might imagine, the professional trolls at Fox News ridiculed Facebook’s bold move, boasting that they had never heard of terms such as intersex (“whatever that is”) and, as they are wont to do, drove around their intolerance of people different from themselves like they stole it, so to speak. As ridiculous as it is that national “news” networks proudly and prominently feature personalities who denigrate marginalized identities from a position of authority on a regular basis, it is even more depressing knowing that they have a captivated audience hanging on every word that drips from their acid tongues.

In response, a group of intersex writers known as Inter/Act sent an open letter to Fox News suggesting that, gosh darn it, intersex people are people too, despite the Fox and Friends team’s ignorance of their existence and unwillingness to acknowledge their identities. They went on to suggest that sex, like gender, may not be a simple binary and that our society might just be oversimplifying things a little bit by forcing everyone into two separate and mutually exclusive boxes based on first glance at birth.

I can’t speak for intersex people, because I have not been diagnosed with an intersex condition. Nevertheless, it is no surprise that they would be bothered by their existence being erased, or at the very least ridiculed, on national television. It’s precisely that kind of willful ignorance and intolerance of the possibility of deviation from prescribed binaries that has led to the systemic mutilation of intersex individuals by medical professionals looking to force them to conform to our conception of immutable and perfect sexual dimorphism.

This is a colonial view of gender, and by that I mean that those who deviate from our designated gender at birth are only valid through the gaze and assessment of the dominant groups in society that determine that designation. For transgender people — and as a transgender person, I can certainly attest to this — there is a pressure to concede our identities and articulate them on the terms of those who colonize our identities. We are denied alternative discourses. When we assert who we are, there always remains an eternal and unassailable check on that assertion to which we must submit; “Well, yes, I am biologically such-and-such, but...”

No matter how much we conform to the performative aspects of how our identities are practiced in society, we will always remain subordinate to that dominant (in this case cisgender) group that's considered unquestionably authentic. In our system, cisgender people have gender realities; transgender, gender variant, and intersex people have gender identities. The dominant cisgender group will, in some cases, be willing to concede that our feelings are valid as feelings, so long as they maintain rule over our being.

This is made evident when we deconstruct the discourse surrounding sex and gender, even from those who self-identify as our allies. Gender can exist as a valid ritual of the marginalized, while sex is the state-sanctioned religion, the one true God who, in his benevolence, bestows our identity upon us, and His judgment is final. Thus the insistence that those who are deemed to transgress designation (even our inflexible, strictly binary system of designation) are inextricably tied to said designation and pressured to confess that the designation at birth is the One True Designation and renounce our pagan religion of gender when in the presence of authority.

This system ignores the complexity of not only gender, but biological sex as well. Neither exists as a binary, and the two influence each other to the point that it is impossible to discern where one ends and the other begins. One cannot deny the lifelong gender imposition that a sexual designation of “male” or “female” at birth imparts upon an individual. That designation, far from an objective one free of gendered connotations, sets an individual upon a lifelong path of gender-coded experience that may or may not cause them extreme distress and dysphoria. If they do have a problem adapting within the gendered experience coded for them via their sex designation, then our society has made it structurally difficult for them to escape that designation on every possible level, maintaining their subordinance.

This is why the Facebook gender options are important. While imperfect (one could only hope to approximate, never encapsulate, the entirety of human identity within a mere 50 categories), they offer an alternative discourse of the self in which the gendered subject is centered in their ability to articulate their experiences from their perspective. They are given the choice to self-define, free from the restrictions of the system’s compulsory binaries and coercive designations. Facebook recognizes this (correctly so) as necessary for authenticity in virtual space, which for some may not be possible to the same degree in physical space, where perceived transgression can result in violent reprisal.

Furthermore, these options open up an avenue for discussion of alternative discourses of the self, discourses we desperately need. As more and more transgender, gender variant, and intersex individuals assert themselves online, throwing off the imposed discourses of the status quo, we should appreciate their efforts to achieve authenticity. If one wishes to be truthful in their presentation to others, they must have a means to articulate themselves on their own terms. To deny an individual this right is to deny them their self-determination and, as a result, their humanity. While the talking heads on Fox and Friends may laugh about these discourses, they are nevertheless being increasingly recognized and accommodated in society. For that reason, we can remain optimistic = we are scaring the Empire.