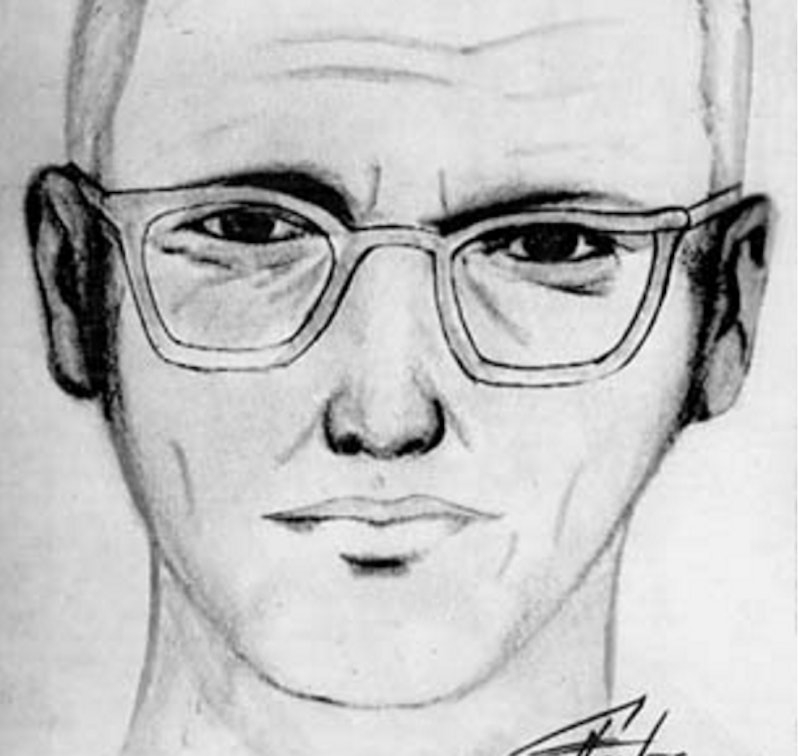 The Zodiac Killer is one of the most notorious unidentified killers of the 20th century. In the late 1960s and early ‘70s, he murdered at least five people (though he claims to have killed 37), and, in the decades since, people have continued to collect facts about the Zodiac killer and speculate about his identity. In the last year, the Zodiac has been getting renewed attention due to the bizarre (and, let’s face it, sort of hilarious) meme theorizing that the Zodiac is none other than Ted Cruz. (He’s not. Ted Cruz may be guilty of a lot of things, but the Zodiac’s killing spree isn’t one of them; Cruz was, in fact, born after the Zodiac killer began murdering people.) Though the Ted Cruz theory is clearly intended as a joke, its popularity demonstrates the powerful hold that the Zodiac Killer still retains on the public imagination, occupying that very powerful space that lies just between fascination and fear.

Between 1968 and 1969, the Zodiac Killer claimed five victims and injured two more in Northern California. Here are the basics of what you should know about these crimes and the mystery of their perpetrator:

The Zodiac shot and killed Faraday, aged 17, and Jensen, aged 16, on December 20, 1968. The high school students had been parked on the side of the road in the outskirts of Vallejo, California. Police had no idea why the pair was killed or who had killed them.

Just over six months later, on July 5, 1969, Darlene Ferrin, 22, and Mike Mageau, 19, were similarly parked near Blue Rock Springs Park, not far from the previous killings. A man shined a flashlight into their car and shot at the couple. Ferrin was killed, but Mageau, though seriously injured, was able to give a description of the shooter to police. Shortly following the shootings, a man called the Vallejo police, claiming credit for them, as well as for the Faraday and Jensen killings in December.

On September 27, 1969, Bryan Hartnell, 20, and Cecelia Shepard, 22, were picnicking near Lake Berryessa in Napa, California when they were accosted by a man wearing an executioner’s mask with a circle-cross symbol on it (more on that symbol later). He tied them up and stabbed them multiple times, leaving a message for the police written on a car door. Shepard died of her injuries in the hospital, while Hartnell survived.

On October 11, 1969, cab driver Paul Stine was shot in the head by a passenger. A number of teenagers witnessed the attack and alerted police, giving a description similar to the one they already had for the Zodiac Killer. (They contributed to the sketch of the killer, below). Bizarrely, when police went to the crime scene to look for the killer, there was a mix up in which the police dispatcher told them they should be looking for a black suspect. Two officers then encountered and let pass a white man resembling the Zodiac’s description. Later the Zodiac would mention the mistake in a letter, suggesting that the officers had in fact been in contact with the killer, only to let him slip away.

In the decades since the Stine murder, a number of other killings have been linked to the Zodiac, though none have been confirmed.

Starting in 1969, following the attack on Ferrin and Mageau, the killer began sending letters to Bay Area newspapers, taking credit for the killings and threatening further violence. In a 1969 letter to The San Francisco Examiner, the killer identified himself as “Zodiac” for the first time; these letters also often contained cryptograms and ciphers, along with messages that these codes would reveal the killer’s identity to those who managed to decipher them. The letters were also accompanied by the Zodiac’s “signature,” a now-famous symbol featuring a circle with a cross running through it.

The killer included details of the murders in the letters that proved his identity as the Zodiac. One letter was even accompanied by a piece of fabric from the shirt of one of his victims. Although there are only five confirmed Zodiac victims, there is reason to believe that there may have been as many as 37. In one letter, the killer included the note, “Me = 37, SFPD [San Francisco Police Department] = 0.” The letters mysteriously stopped in 1974.

No one has ever been definitively identified as the Zodiac Killer, but, as BuzzFeed suggests, three suspects tend to dominate theories about the murders:

Political cartoonist Robert Graysmith, who worked at The San Francisco Chronicle when the murders began in the late ‘60s, alleged that the Zodiac was Arthur Leigh Allen. There are a number of factors that place Allen under suspicion: For example, on the day of the Zodiac’s third attack at Lake Berryessa, Allen said he was going scuba diving in that lake. He came back covered in blood and bearing a knife (Remember, the Zodiac stabbed his victims at the lake). A friend of Allen said that he’d heard Allen refer to himself as “Zodiac,” and when police searched Allen’s trailer, they found bloody knives, sexual objects, and dissected animals (eww). In a later search, they found homemade bombs. Allen was jailed for child molestation starting in 1974, which happened to be when the Zodiac letters stopped.

Gary L Stewart wrote a book arguing that the Zodiac Killer is in fact is father, Earl Van Best, Jr. Van Best bears a striking resemblance to the police sketch developed after Paul Stine’s murder (though he does not resemble earlier descriptions), and the number of letters in his name coincides with one of the Zodiac’s ciphers.

Lawrence “Kane” Kaye lived near where the victims lived or died, and the sister of one of his victims claimed that he had been bothering her sister in the weeks before she was murdered. One of the cops who encountered the man who may have been the Zodiac following Paul Stine’s murder also said that Kane bore the best resemblance to the man he’d seen on the street shortly after the killing.

The enduring mystery of the Zodiac killings — along with their brutality and the killer’s penchant for attention seeking and toying with the police — mean that the Zodiac continues to engage popular interest, in books, film, and, yes, strange political internet memes. If you want more info on the Zodiac killings — and to see where the murders took place — you can check out a recent BuzzFeed Unsolved episode about the Zodiac Killer.

More like this
4 Zodiac Signs That Will Take Forever To Admit They Like You
By Kristine Fellizar
A New Netflix Doc Will Explore The Unsolved Murder Of Jill Dando
By Sam Ramsden
This First Look At 'The Gold' Shows Jack Lowden In A Whole New Light
By El Hunt and Sam Ramsden
Ashamed Of Your Screen Time Stats? Here's How To Change That
By Alexis Morillo
Get Even More From Bustle — Sign Up For The Newsletter
From hair trends to relationship advice, our daily newsletter has everything you need to sound like a person who’s on TikTok, even if you aren’t.