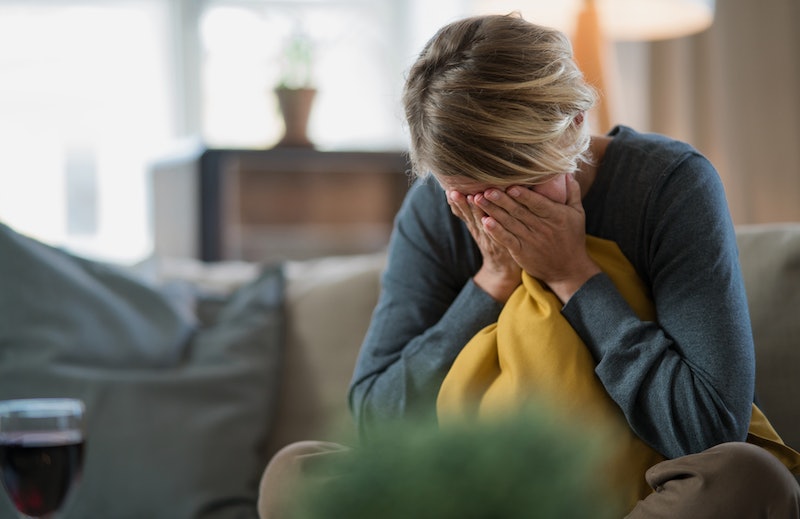 It's a particularly useful day for me to be writing about failure: as I type this, my first book has been rejected yet again by a publisher. But this has now happened so often that I'm able to separate out my own worth and talent from the rejection itself, and try to keep pushing — and that points to a fundamental truth about failure itself. We hear many stories of "try, try again" and celebrity failures who eventually turned into successes (hi, Oprah and Michael Jordan) that are meant to incite us to push past our initial misery after something we do doesn't get the ideal initial response. But there's something far more important to know about failure than the fact that some very famous people have experienced it. There is something that it "teaches" (and not in the twee, Sunday-school way) that can make it easier to cope with future failures, and with life itself. If you feel like a failure, there is one thing you need to say to yourself: failure is an essential ingredient in developing resilience.

Resilience, or "bouncing back," is what Psych Central calls "the process of adapting well in the face of adversity, trauma, tragedy, threats, or even significant sources of stress." In other words, it's adaptability and forward movement in the face of serious obstacles, like failures. And we're increasingly discovering that it's a massively important feature of the human psychological makeup that can, eventually, lead to security and happiness.

As Psychology Today points out, humans have a natural tendency to love winning; it stimulates the release of positive brain chemicals, from serotonin to dopamine, and of course the brain gets mightily upset if it doesn't get that rush. But resilience has its own fantastic benefits. In a sense, resilience was what JK Rowling was advocating when she made her famous commencement speech to Harvard on the "fringe benefits of failure". "I was set free," she told the graduates of her period of colossal failure, "because my greatest fear had been realized, and I was still alive, and I still had a daughter whom I adored, and I had an old typewriter and a big idea. And so rock bottom became the solid foundation on which I rebuilt my life." That rebuilding is a demonstration of psychological resilience, and she would not have developed it if she hadn't failed.

What do we really mean when we talk about resilience, and why is it so good for us? It doesn't just develop in response to failure: levels of psychological resilience can be created in response to high-stress situations of all kinds, from trauma to national disasters. But personal failure can have a big role in it. People who've become resilient through experience learn to interpret failures as "temporary, local, and changeable," rather than a universal sign that they should crawl under their beds and give up, according to a Harvard Business Review essay by Dr. Martin Seligman, a psychologist who has done an immense amount of research on the subject. He advocates a program for building resilience in American soldiers in which they're exposed to failing situations, and then learn to separate their emotions about this failure from the reality. You only learn this stuff, in other words, through failing.

Resilience is also about more than just being able to say "well, that's OK" when a failure hits; it's about coming back with a vengeance. Resilience responds to failure with perspective, planned improvements, self-compassion and renewed ambition, according to Psychology Today. It creates the ability to separate experiencing failure from being a failure. You know that you're not hopeless; you've just done something that hasn't worked. As a silver lining to failure, that's a pretty impressive one.

The American Psychological Association names some of the biggest emotional benefits of possessing resilience: "The capacity to make realistic plans and take steps to carry them out; a positive view of yourself and confidence in your strengths and abilities; skills in communication and problem solving; and the capacity to manage strong feelings and impulses." And there's more: an overview of the scientific studies on psychological resilience in 2005 found that it's also associated with "positive emotional granularity," or specific, positive emotional responses, even to miserable events. In other words, people with enough resilience can look at the bright side (or at least remain calm) in really problematic circumstances. Failure now can make you even-keeled when it comes to failure in the future.

The idea of resilience as a worthwhile result of failure has permeated a lot of areas, from education to therapy. In 2011, for example, the New York Times profiled an exceptional New York school that had refocused its energies on developing what it called "grit" in its students, or a passion for something that could bounce back from obstacles. They decided on this course after noticing something about the kids who went on from their high school to college. "The students who persisted in college were not necessarily the ones who had excelled academically," wrote the New York Times; "they were the ones with exceptional character strengths, like optimism and persistence and social intelligence. They were the ones who were able to recover from a bad grade and resolve to do better next time; to bounce back from a fight with their parents; to resist the urge to go out to the movies and stay home and study instead; to persuade professors to give them extra help after class."

In other words, they could experience failure and survive it. The experience of resilience and continued effort even in the face of considerable, rapid failures has also become one of the perceived "keys" to success as a start-up; the BBC has written that "failing fast and often" may be the way in which innovation works most effectively. But it's on the individual level that we're really seeing it as a plus.

So why are some people more resilient than others? That seems to be due to a combination of many different biological and environmental factors — but researchers agree that everyone can improve their resilience. The journal Science explained in 2011 that "there is still controversy about the extent to which resilience is innate or learned, but there's widespread agreement that humans can increase resilience and learn to handle workplace stressors better." Resilient medical students in a specific study Science cited had a few shared characteristics: they had supportive families, mentors, a sense of purpose and good friends, but one of the most important factors was that they'd learned to "view obstacles as challenges." Failure, in other words, is a strong contributor to a resilient perspective.

Being told to "learn from failure" often doesn't feel like a particularly helpful bit of advice when you're keeling over from being knocked down, dropped out, rejected or put on the waiting list. But unconsciously, failure may be making you into what Forbes, hilariously, calls "emotional Teflon." Failure sucks; nobody denies it, and the crucial part is that it has to suck for us to understand, push forward and begin to develop a resilient emotional response. So don't let anybody tell you not to be miserable when the rejection letter comes in the mail. It's contributing to your psychological growth, and it'll be the thing that makes you stop eating Oreos on the floor and go back at your endeavor with even more vigor. Eventually.