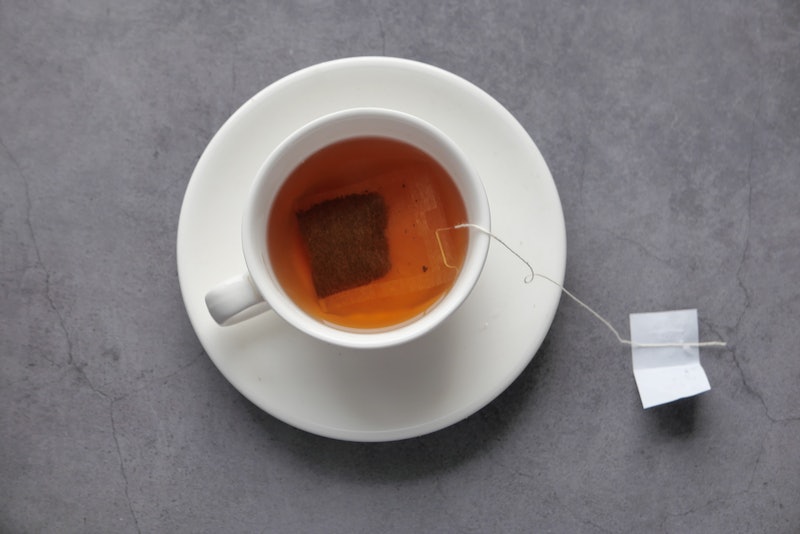 On the onset, inflammation in the body might not seem like the biggest deal, especially to someone who is fairly laid back about their health, like me. However inflammation can be detrimental to our overall health. There are foods that fight inflammation, though, that we can incorporate into our diets in order to start living the healthiest life possible for our body’s sake.

Let’s first talk about what causes inflammation in the body. Much of it has to do with things we can personally control, such as what we eat and how stressed we are on the regular, according to health site Paleo Leap. For instance, if you’re the kind who is seemingly addicted to processed foods, you might be subtly causing your inflammation levels to rise without even realizing it. It can also be determined by if we’re giving our bodies an adequate amount of sleep.

What’s the big deal about inflammation, anyway? Well, turns out the inflammation levels in our body can have a direct connection to the levels of pain we experience at any given moment, and how likely we are to get certain infections and diseases. Chronic inflammation can also have a connection to depression, too. In order to keep our levels of inflammation at bay, we can make sure we’re reaching for the right kinds of foods and drinks. Let’s talk a little below about what these foods and drinks are so that you know which to go after for your next meal or snack. Your bodies will be very, very grateful. Here are 13 foods that fight inflammation:

Celery is a great addition to our diets for so many reasons, but did you ever know it can have anti-inflammatory benefits, too? Various studies have shown the food’s anti-inflammatory ways ultimately help regulate blood pressure and cholesterol, too, according to Dr. Josh Axe, DNM, DC, CNS, a certified doctor of natural medicine, doctor of chiropractic and clinical nutritionist, and brains behind www.DrAxe.com. On his site he also noted that celery seeds have proven to help lower inflammation as well as fight infections, too.

As if I needed another excuse to eat raisins — I’m obsessed. Looks like in addition to being delicious, they can also help with inflammation. Prevention spoke to Jim Painter, Ph.D., RD, a professor at Eastern Illinois University, who said, “Snacking on raisins, and other fruit in general, tends to reduce a marker of inflammation known as TNF-alpha.”

Heathline.com noted garlic as one of its top anti-inflammatory foods. The outlet cited the journal Arthritis Research & Therapy, which says consuming garlic can work great for inflammation in the joints.

Next time you’re grabbing for the olive oil, do so confidently, as it has a whole slew of health benefits. For this article’s purposes, let’s focus on inflammation, though. Looks like olive oil contains a chemical — oleocanthal — which can combat inflammation in the same ways as taking ibuprofen can, according to Reader’s Digest.

According to Health, tomatoes have also been proven to reduce inflammation in certain cases, too. Why? According to the outlet, tomatoes are rich in lycopene — which works as an anti-inflammatory in the body. What’s more, turns out cooked tomatoes contain even more of that great lycopene, so consuming tomato sauce can do the trick as well.

Walnuts are another food that have various health benefits, one of which relates to inflammation. For those suffering from widespread inflammation in the body, walnuts can help reduce it, according to MindBodyGreen.com. This is because they’re an excellent source of omega-3 fatty acids, which have been shown to benefit swelling.

According to U.S. News & World Report, feel free to stock up on tart-sweet cherries if you’re hoping to reduce swelling. The outlet cited a study that showed, in fact, that all of foods these kinds of cherries have the highest anti-inflammatory content. They also can help with pain and soreness, too.

Drink up! That green tea you have every morning might just be benefiting you in more ways than one. When it comes to inflammation, Yahoo.com noted the tea contains phytochemicals that effectively have been shown to ward off that unwanted swelling. The outlet suggested opting for fresh-brewed green tea to get the full benefits.

“Many herbs and spices are rich in antioxidant phytonutrients,” Christine Rosenbloom, Ph.D., RD, nutrition professor emerita, Georgia State University told Prevention. This includes basil, and the added benefit to basil is that it can be eaten fresh. So, add it to your next meal for those anti-inflammatory effects.

If you’re not a beet person, it might be time to start trying to become one, especially if you’re prone to swelling. According to Huffington Post, beets contain a nutrient called betaine. That nutrient has been proven to decrease the risk of inflammation, the outlet added. (Beet can also help lower blood pressure — another major bonus.)

Studies have been performed on the benefits of consuming pineapple, too. According to Reader’s Digest, turns out they, too, can have an anti-inflammatory effect. This is because pineapple contains an enzyme called bromelain, which reduces swelling in the body. The outlet also noted studies show pineapple can help reduce pain for those suffering from knee osteoarthritis and rheumatoid arthritis.

Soy in any of its forms can be a miracle worker for swelling. Health noted soy products contain compounds called isoflavones. Studies have show isoflavones can be helpful in reducing inflammation in women. The outlet noted, though, that soy products that are heavily processed should be avoided, as these don’t have the same benefits as their natural counterparts.

Lastly, let’s build on the point regarding the benefits of omega-3 fatty acids in combatting inflammation that we discussed earlier. In addition to getting those anti-inflammatory components of the omega-3s from walnuts, you might also consider trying some of the fatty fishes that contain them, including salmon, tuna, and sardines, according to Harvard Health Publications.

Next time you’re out grocery shopping, you’ll know just what to add to your cart. By sticking to foods that help fight inflammation versus trigger it, you can keep your body feeling as healthy as could be.