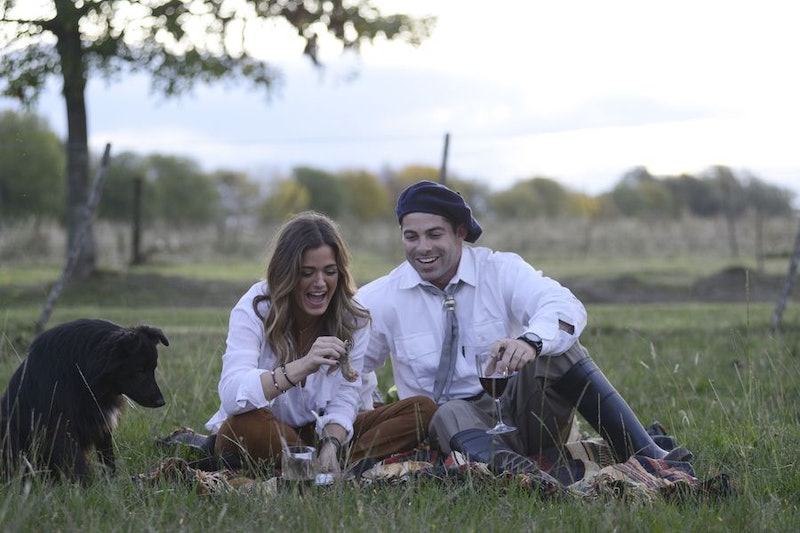 There are some Bachelorette contestants that you know are going to stick around for the long haul (like Jordan and Luke), and then there are others like Alex that you know are doomed to fail. Yes, JoJo chose to keep both him and James Taylor around for another week, but let's be honest — if she was that unsure of which of them she wanted to keep, then neither are probably going to make it for the long haul. So even though we may not know when exactly Alex will go home on The Bachelorette , it's safe to say that it'll be fairly soon and even more specifically, quite possibly during the next episode leading up to the hometown visits.

What makes me say that, you may ask? Well, aside from my impressive ability to predict the future (which is sadly only limited to reality love shows, by the way), I think it's just plain obvious that JoJo isn't as into Alex as much as he's into her. In other words, this relationship feels like a one-way street right now, so it wouldn't surprise me in the slightest if Alex was sent packing as early as Episode 7 set to air on July 11 (which is the very next episode FYI). So basically, her decision to keep Alex around an additional week was really only delaying the inevitable, which I think everyone (including Alex himself) could see coming.

When JoJo stormed out of the rose ceremony in a fit of tears during Monday night's episode, only to return moments later with two roses to hand out rather than one, Alex was less than thrilled. If JoJo wasn't sure she wanted to be with him, then he didn't get the point of keeping him around. (Someone needs to explain to Alex that figuring out who you want to be with forever is a big part of this show.) But even though he should be grateful for another opportunity to proof his feelings to the girl of his dreams, he does also kind of have a point, in a way. If JoJo was so on fence about him, then that's not a great sign. Yeah, she wants to keep him around just to make sure she's not making a mistake, but she's definitely not falling for him in the way she clearly is for Jordan and a few of the others.

If I'm being honest, I can't say that I'm all that unhappy if things do actually go down in this way. I've never been a big fan of Alex even prior to him becoming the clear new Chad of the group. But He's always been too focused on stirring up drama to really ever be a good match for JoJo, so either way, this goodbye feels inevitable and soon.

Whether you were a fan of Alex's or not (and if you were I'll really try hard not to judge you), at the end of the day what's most important is JoJo and who she feels is the best fit for her. Alex is clearly not that guy, but let's hope we'll see her happily ever after play out when the time comes to present that final rose.