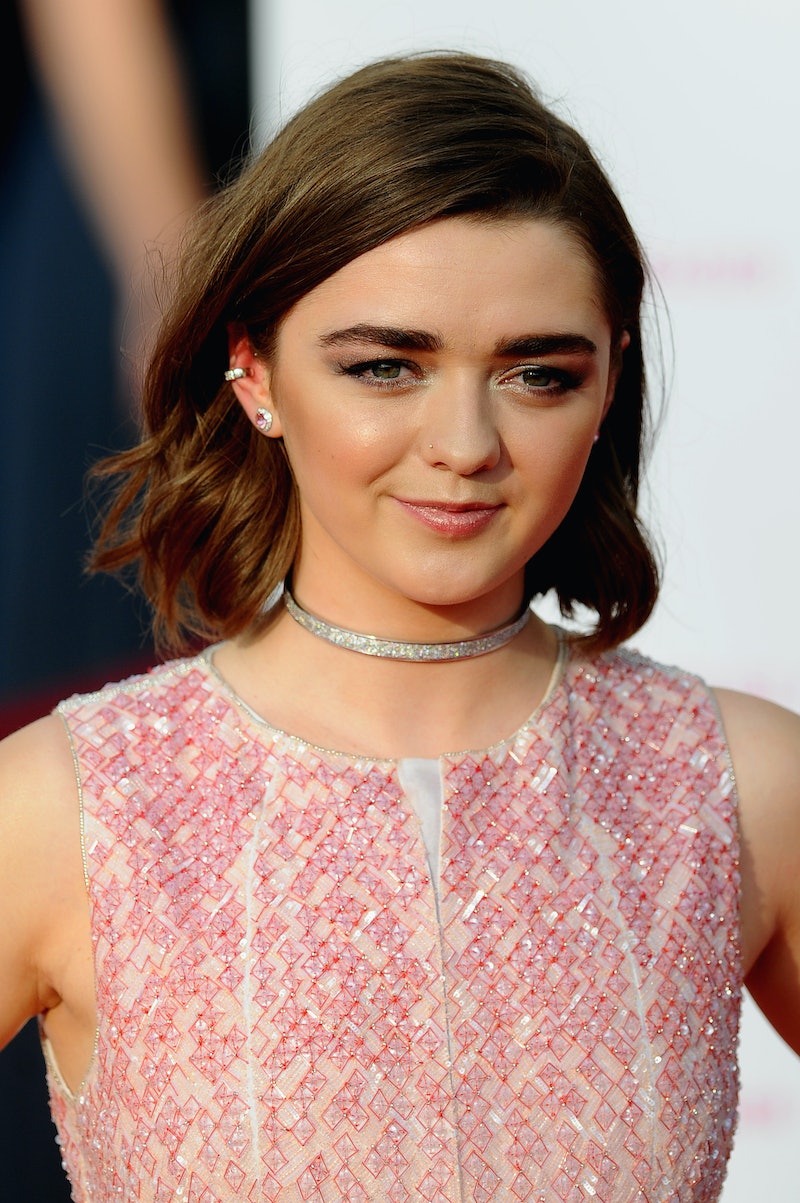 Now that Game of Thrones Season 6 has come to a shocking close, many of us fans are left sitting here trying to find a way to stay in touch with our favorite GoT actors — in a non-stalking way, of course. I just want to innocently see what Lena Headey, Emilia Clarke, and Kit Harington are doing in their down time when they're off the set, is that too much to ask? Unfortunately, I have already uncovered that the beloved and brooding Kit Harington does not have Snapchat, but my curiosity still hasn't quite waned, so, does Maisie Williams have Snapchat?

Over this season, my love for Arya Stark has reached very high levels, and the acting by Williams has been a huge reason for that. She is the ultimate feminist character, who is finding her own way through the dark and terrifying world of Game of Thrones, but it's also fun to see Williams when she is out of her dark Stark garb and being the normal 19-year-old girl who she is. While she is very active on Instagram and Twitter, Williams does not currently have a (public) Snapchat, but that doesn't mean you can't follow her everywhere else.

Judging by most of her other social media posts, Williams probably should have gotten Snapchat a long time ago, so I have to admit that I am quite shocked that she isn't signed up. In fact, most of the Game of Thrones cast seems to stay away from Snapchat, and I think it is quite the travesty. Don't they understand they have endless possibilities for face swaps and sharing behind-the-scenes antics? While looking through her Instagram, I noticed that Williams posted a video that has a Snapchat flower icon on it, so this leads me to believe that she might have a private Snap account, only for her friends and family to view.

Well, I guess fans will just have to accept this fact for now and just enjoy Williams' other posts. Back in September 2015, Williams celebrated her 1 million (!!) Twitter followers by launching her own YouTube channel with a video Q&A. In the video, Williams said of her channel,

"I’m mainly going to have videos of things that make me laugh. Sketches. But it’s not going to be somewhere where I post regularly. It will just be every now and then something that made me smile or an idea that I have to let my creative juices out."

She also mentioned that she had many friends who have YouTube channels, so she is definitely in the know when it comes to all things social media. By this logic, Williams has already conquered Instagram, YouTube, and Twitter, so Snapchat just has to be the logical next step, don't you think? Come on, Arya!