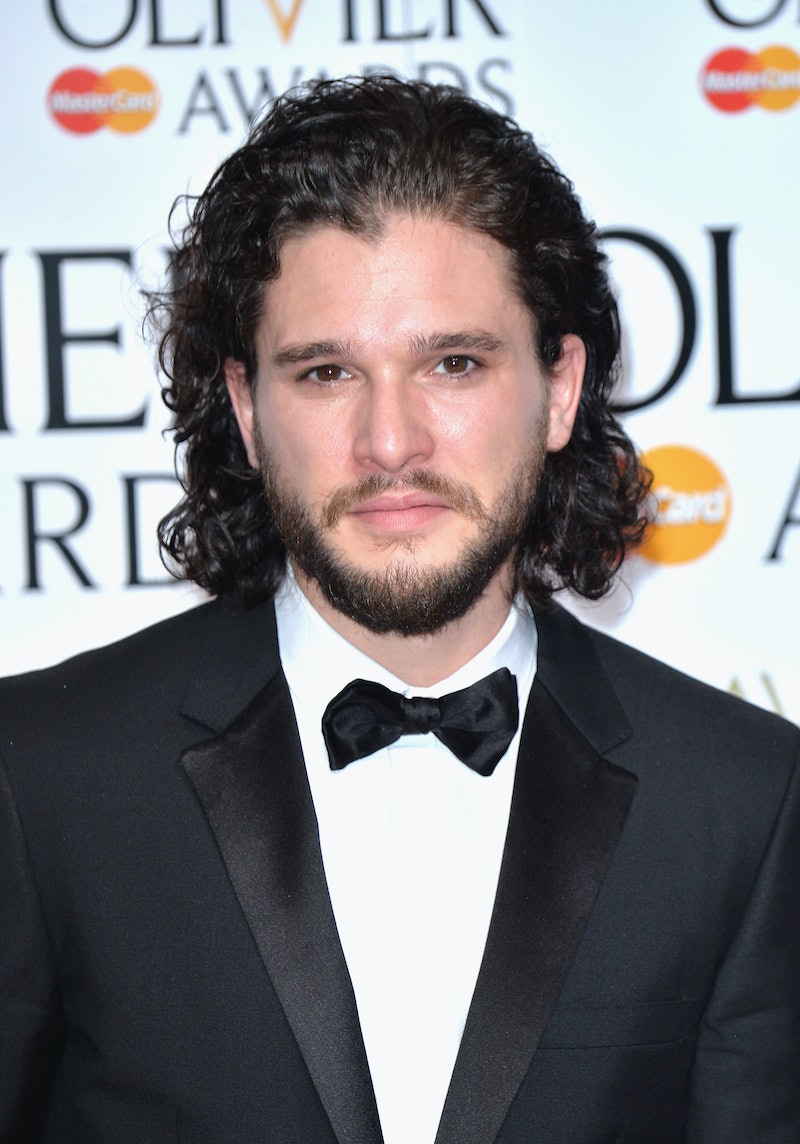 Since the most recent season premiere of Game of Thrones, the name Kit Harington has been on everyone's lips more than ever. His character, Jon Snow, has emerged as one of the most popular on the show, and the anticipation of Snow's fate has put fans on edge for months on end. Could Harington's flowing locks and brooding stare have anything to do with this interest? I think so. The actor himself is a bit of an enigma and fans are always scrambling for more info on his personal life. And since social media is often the best way for an actor to connect to their fans, I wonder if Kit Harington has Snapchat.

Many celebrities today use Snapchat as an even more intimate tool to share details of their lives. For instance, Snapchat queen Kylie Jenner takes her viewers along on journeys to her makeup chair, pool parties, and car sing-a-longs with her friends. Quite frankly, I want to see Kit Harington do these things, but the chances aren't very high. A fan Twitter account claimed back in 2015 that Harington's Snapchat name was "kitharington," but most fans have accepted that he was never active on the app and that "kitharington" might just have been one created by a fan.

Plus, in an interview with Rolling Stone in 2014, Harington spoke about his stance on social media, saying, "I don't do Twitter because I don't want to talk about myself more than I already have to." Ugh, what a shame.

Given his history, I don't think Harington will be using Snapchat anytime soon, but I have a few reasons why he definitely should.

Selfies With His Co-stars

I want to know more about their cast dynamics! I want to see him playing beer pong with Pedro Pascal and Emilia Clarke. Make it happen, Kit!

Photos Of His Glorious Hair

Behind-The-Scenes Looks From The GoT Set

Instead of speculating with grainy photos, he could give us nosy people some clues through his Snaps.

Kit Having Fun With Filters

Jon Snow (and Harington) always seem to look sad, but he could dispel these rumors by having fun with the many Snapchat filters. I can totally see him rocking the puppy dog filter. It'd be so cute.

Now that Harington and Rose Leslie seem to be on-again in their relationship, I definitely want to see some cute snaps of them together.