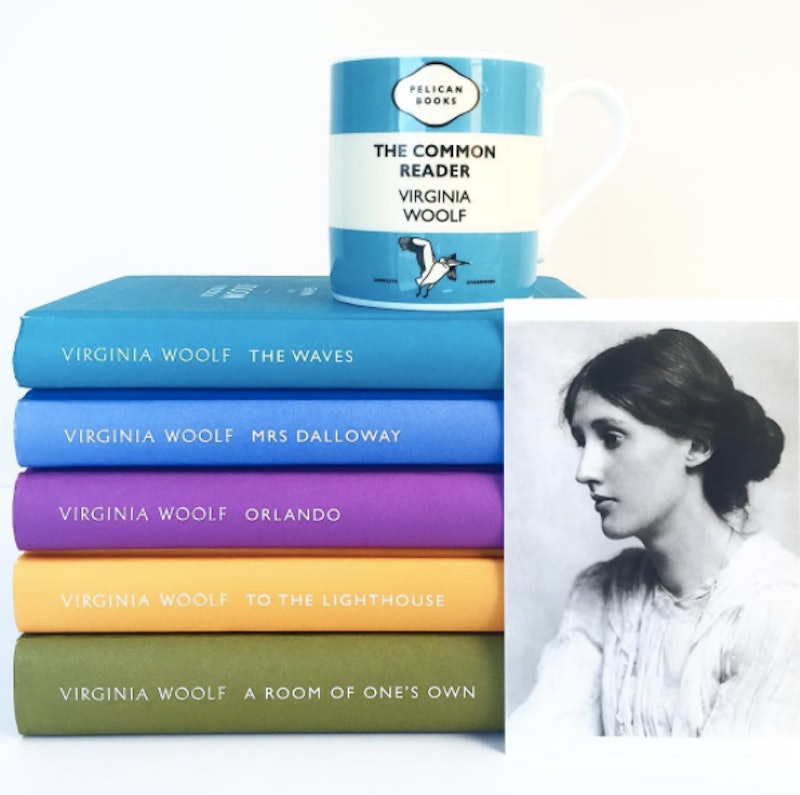 Ask someone to name the best books from the early 20th century, and you'll probably get The Great Gatsby, The Sun Also Rises, or The Grapes of Wrath in response. There's nothing wrong with those novels, but there are so many great books by modernist women writers that wind up overlooked in favor of their male-authored counterparts.

In American literature, the modernist period stretches from the turn of the 20th century through the end of World War II. Particular focus is often placed on literature written and published in the 1920s and '30s, between the wars.

It's interesting to note that many prominent modernist writers, including some of the women on this list, were American expats living in Europe at the time. They formed their own communities, established literary salons and little magazines, and generally had a fabulously wealthy time.

Modernist women writers explored gender and sexuality with much more freedom than some readers may expect, given the general attitude toward same-sex relationships at the time. In the years since they were written, many of the novels on this list have become mainstays of queer fiction.

The #BustleReads Challenge for 2016 tasks you with reading one book by a modernist woman writer. Any of the titles listed below would make a great choice. Share your favorites with me on Twitter, and be sure to use the #BustleReads hashtag.

Djuna Barnes' 1936 roman à clef centers on Robin Vote: a young socialite who cavorts around the U.S. and Europe, on the run from unhappiness.

2. The Awakening by Kate Chopin

Edna Pontellier struggles to bond with her husband and children, moves out of the family home, and takes two lovers in this compelling story from Kate Chopin.

3. Their Eyes Were Watching God by Zora Neale Hurston

4. The Children's Hour by Lillian Hellman

This play from Lillian Hellman centers on the matrons of an all-girls boarding school, who find themselves in danger of ruin after a runaway student makes a startling accusation.

5. The Well of Loneliness by Radclyffe Hall

The Well of Loneliness tells the story of Stephen Gordon, an openly lesbian woman, whose "sexual inversion" — the early 20th century term de rigueur for homosexuality — makes it difficult for her to find her own space in the world.

6. The Making of Americans by Gertrude Stein

If you love family sagas, you're sure to enjoy Gertrude Stein's The Making of Americans. Stein's 1925 novel charts the course of two immigrant families, the Herslands and the Dehnings, brought together by the marriage of their children.

The title work in this three-novel collection from Katherine Anne Porter is a bleak romance set amid the flu pandemic of 1918.

A mixed-race woman named Laurentine takes center stage in Jessie Redmon Fauset's 1931 novel, The Chinaberry Tree. Born of an affair between her mother and a married white man, Laurentine grows up an outsider in their upper- and middle-class community.

This fun novel centers on the eponymous Orlando: a rake who transforms into a woman and continues to live for more than three centuries.

10. Voyage in the Dark by Jean Rhys

Best known for her Jane Eyre prequel, Wide Sargasso Sea, Jean Rhys also wrote Voyage in the Dark. This 1934 novel follows Anna Morgan, who must make difficult and unseemly choices after her inconsiderate stepmother uproots her from her home in the Caribbean.

Imagist writer H.D. wanted this manuscript destroyed after her death, but it finally hit store shelves in the early 1990s. Asphodel is a roman à clef set in Europe's literary salons and circles before World War I.

12. The Return of the Soldier by Rebecca West

Published in 1918, Rebecca West's The Return of the Soldier is one of the oldest books on this list. The story centers on Captain Chris Baldry, who comes home shellshocked after he is stationed in the French trenches.

13. Save Me the Waltz by Zelda Fitzgerald

Zelda Fitzgerald's first and only novel, suppressed by her husband, follows a young and creative couple, the Knights, whose marriage fizzles as they pursue separate paths to success.

Not to be confused with her great aunt, abolitionist Angelina Grimké Weld, Angelina Weld Grimké was a prominent female figure in the Harlem Renaissance. Included in Selected Works are her play, Rachel, the bulk of her poetry, and several short stories.

Set during the Industrial Revolution, Twenty Years at Hull-House is Jane Addams' memoir of life in the Chicago settlement house she co-founded with her partner, Ellen Starr.

When Alexandra Bergson inherits her father's Nebraska farm, she faces all manner of obstacles to turn it into a commercial success.

Three men on a scientific expedition are captured by members of an all-woman country in Charlotte Perkins Gilman's feminist utopian novel, Herland.

18. The Scarlet Pimpernel by Baroness Orczy

Nella Larsen's 1929 novella, Passing, follows the friendship and conflict between two light-skinned black women, one of whom is passing for white.

20. The Age of Innocence by Edith Wharton

This 1921 Pulitzer Prize winner centers on a love triangle among members of New York City's upper-crust in the 1870s.

This lovely, light-hearted novel follows four women, all strangers to one another, who rent an Italian castle for a month to escape London's rainy April weather.

22. Visa for Avalon by Bryher

As a government coup threatens to close their country's borders, four individuals exhaust their means to escape to the neighboring nation of Avalon in Bryher's novella.

23. All Passion Spent by Vita Sackville-West

An elderly widow retires to a suburban retreat, much to the dismay of her adult children, in this 1931 novel from Vita Sackville-West.

25. The Wind by Dorothy Scarborough

Originally published anonymously in 1925, Dorothy Scarborough's supernatural novel, The Wind, centers on Letty, a frontier wife, who driven to her breaking point by the harsh conditions of late-19th century West Texas.