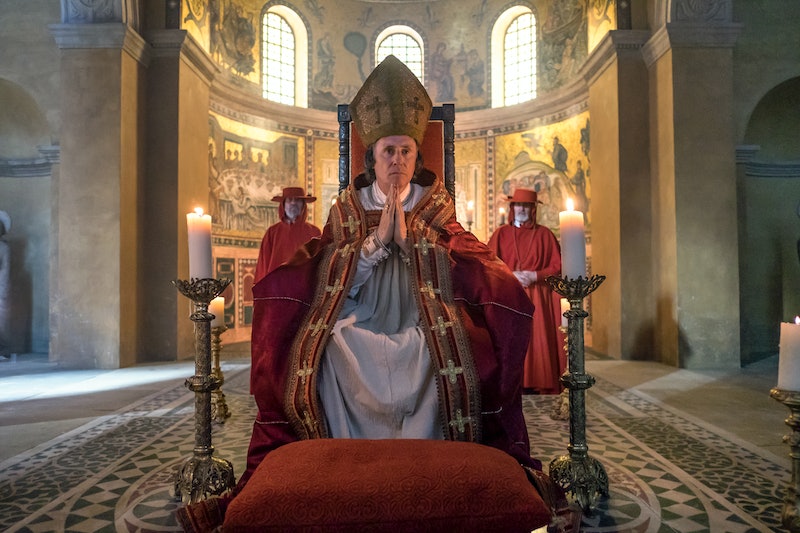 The Netflix series Marco Polo blends fact and fiction with pretty exciting results. As the show moves into its second year, the world is starting to expand. Is Pope Gregory X from Marco Polo based on a real person? Not only has he appeared in other dramatizations of Polo's story and been mentioned several times in the Netflix series, but he did exist in real life as well.

Starting with Season 2, Gabriel Byrne will portray the historical figure in the Netflix drama. His path to the papacy in the 13th century is super interesting. Teobaldo Visconti was chosen as pope after a three year vacancy. His consecration was in 1272, just before a teenage Marco Polo, his father and his uncle left on their journey. Visconti wasn't even a priest or a cardinal. He was an archdeacon who had worked with religious figures and gone on crusades, but he was an unusual pick. However, at the time, the cardinals were split between France and Italy, and it was hard to come to an agreement.

It was a letter that Kublai Khan wrote Pope Gregory that sparked the Polos' mission, and in the opening scenes of the series we see Marco and his Uncle in their attempts to deliver the Pope's gifts. Now, it seems, we are getting to meet him in person. It'll be interesting to catch up with what's going on at home, so to speak. Perhaps we are about to learn more about Marco's family and their true intentions. Niccolo and Maffeo could be up to something. The character and historical figure Marco Polo is all about observing, but Pope Gregory's actions are out of his sight.

Marco Polo may be a trusted advisor, but he is and always was an outsider. The fact that Season 2 is introducing Pope Gregory X and Polo's homeland makes that all the more apparent. Marco may be called "the Latin" as a nickname on this series, but the Pope is the true Latin.