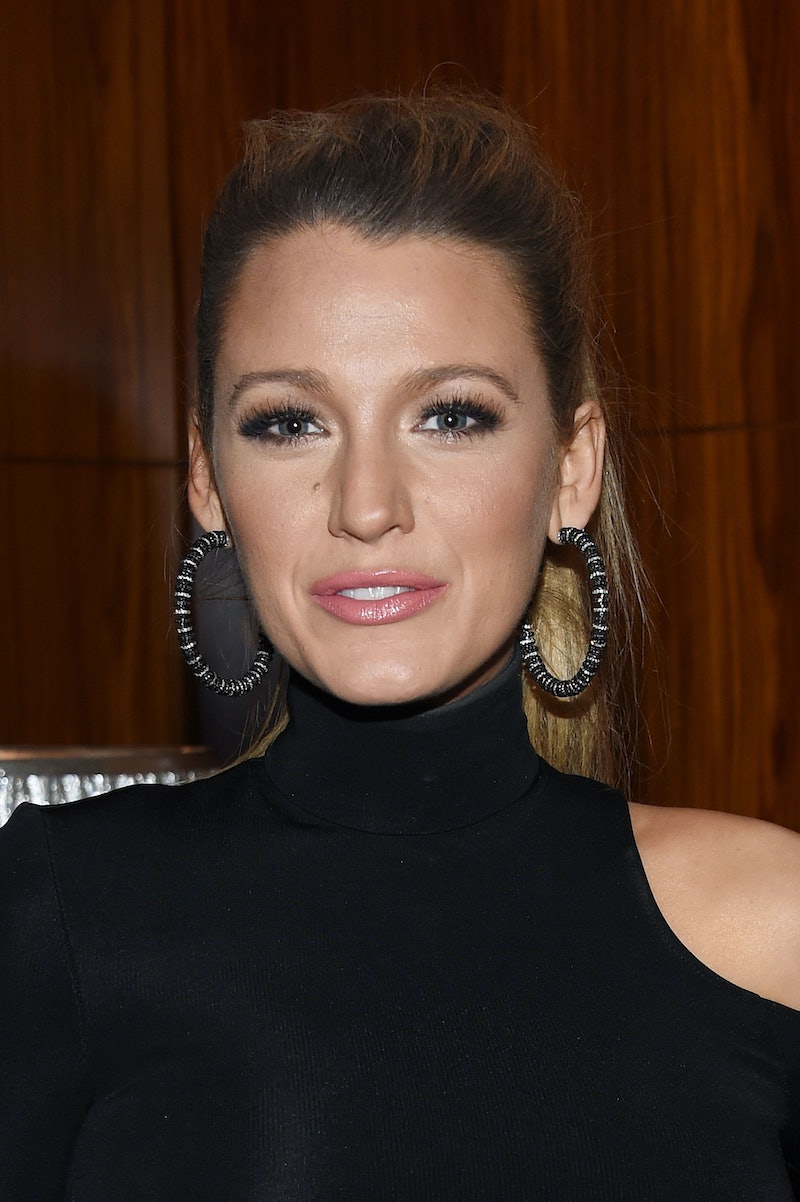 At a time when some celebrities are condemning Woody Allen for the sexual abuse allegations made against him by his adopted daughter, Dylan Farrow, Blake Lively is talking about how much she's loved working with him as her director. (Allen has vehemently denied Farrow's allegations.) In a new interview with Hamptons Magazine, Lively calls Allen "empowering" after having worked with him for the first time on Café Society, and he comments stand out given the press that has surrounded the legendary director recently. And although Farrow's brother, Ronan, called for actors to stop working with Allen because of what allegedly happened to his sister, it seems like Lively has decided to take a different route.

In the interview, Lively has nothing but nice things to say about the time she spent with Allen on the movie that also stars Steve Carell and Jesse Eisenberg. As the The Shallows star tells it, Allen has confidence in the actors he works with and makes a "pleasant" environment for them to film in. The reason she finds him so empowering is because of that confidence, especially because he allows them to improvise to create more natural scenes.

"It’s really cool to work with a director who’s done so much, because he knows exactly what he wants. The fact that he does one shot for an entire scene — [and] this could be a scene with eight people and one to two takes — it gives you a level of confidence because when he’s got it, he knows he’s got it. He also is really encouraging as to why he cast you, so he’ll say, 'Say the dialogue that’s written and then you can improvise for a while.' And his dialogue is so specific, and it’s speaking in a 1930s dialect and [with period] references, so it’s intimidating to think, Oh, let me just improvise there and hope that my words blend seamlessly alongside Woody Allen’s. Which they clearly wouldn’t and don’t. But he’s very empowering."

She didn't mention anything about Farrow's claims against him, but she also probably wasn't asked. And although it could be upsetting to some that Lively not only chose to continue working with Allen but to also praise him, it important to note that she is only talking about him in a professional sense. Back in May, Lively was upset about a rape joke being made against Allen at Cannes Film Festival, but then, she was also angry about other inappropriate and homophobic jokes that were made at the time. Obviously, deciding whether or not to work with a director after serious accusations have been made against him is a personal decision for every actor who has the opportunity to be a part of one of Allen's movies, and it seems like Lively is happy with the choice she made.

In 2014, Farrow made claims that Allen allegedly molested her as a child in an op-ed for the New York Times. Allen has denied that there is any truth to these allegations, and at the time, he released the following to the New York Times in response:

"Of course, I did not molest Dylan. I loved her and hope one day she will grasp how she has been cheated out of having a loving father and exploited by a mother more interested in her own festering anger than her daughter’s well-being."