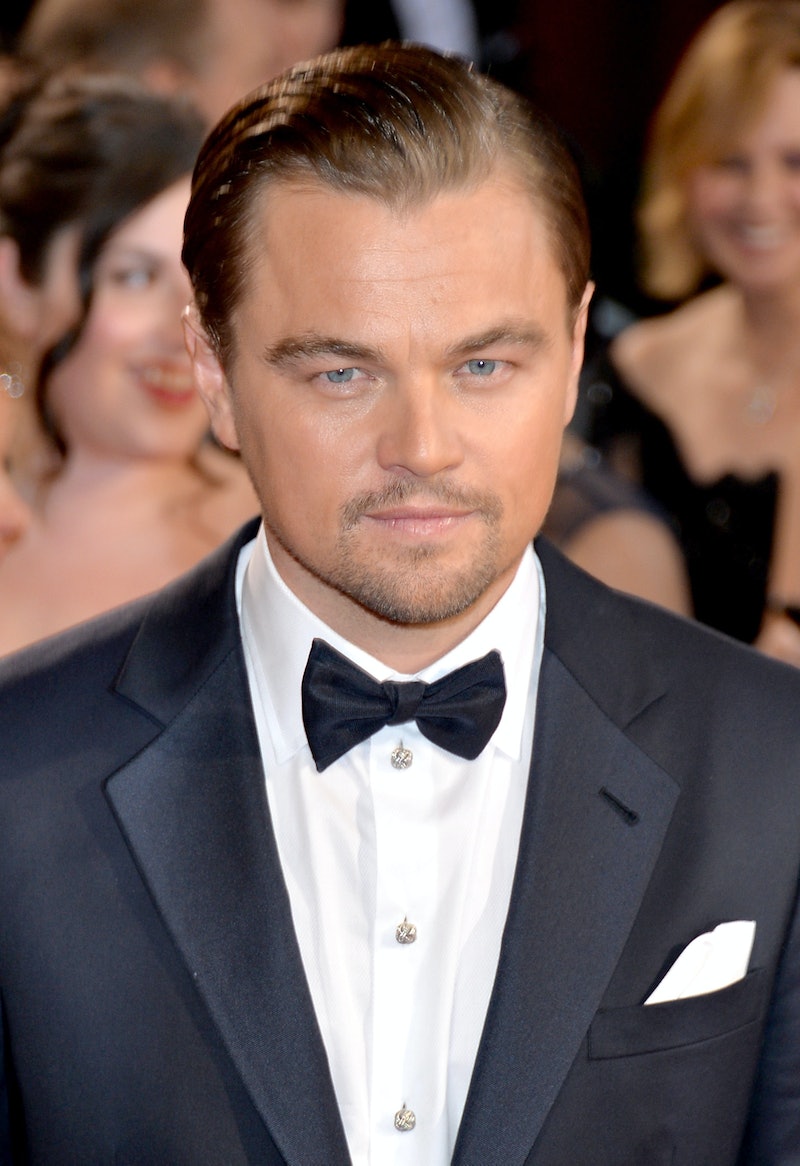 Well Ellen is officially the best Oscars host pretty much ever. She's the Jennifer Lawrence of Oscar hosts. The delivery of puppies while you're having a bad day of Oscar hosts. She's the most likable, delightful and hi-freakin-larious Oscars host that we've had in quite some time (See you again, NEVER, Seth MacScrewYou). One of her most shining moments of the night was when she followed-up on her promise to bring pizza to the "hangry" looking slew of A-listers. About an hour and a half into the program, Ellen walked on stage with a very nervous looking pizza delivery man and handed out slices while Brad Pitt dutifully passed around napkins and paper plates like a BAWSE. It was utterly SHOCKING that Leonardo DiCaprio refused pizza from the golden gal.

I mean, COME ON LEO. You were amidst the greatest pizza party of all time, and you said no? Just who do you think you are!? Honestly, I'm shocked. Your boy Martin, excuse me, Marty, Scorscese even wanted in on it. Jeez, buddy, maybe this is why the Academy has yet to show you the love you deserve...you just don't love them back. Saying no to a slice of pizza from Ellen during the Academy Awards is just such a low, low blow. You could have been really living the dream, man.

But hey, no pizza for Leo means more for Meryl, J. Law, Channing Tatum, and Kerry Washington. And now we will forever have these LEO HATES PIZZA memes to join the ranks of Oscar Meme History: