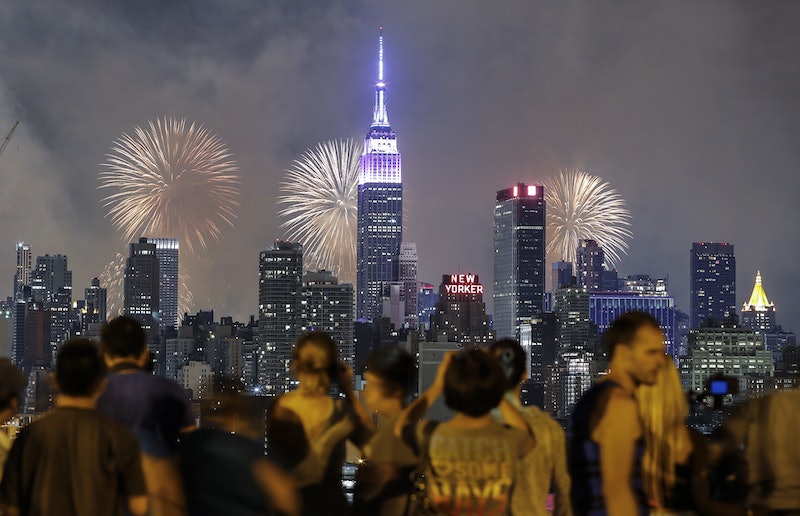 Now that the summer season is in full force, we New Yorkers are soaking in the greatness of our favorite city. As for this weekend? We’re all about scoping out awesome ways to celebrate July Fourth in New York City. Between the diverse culture and city skylines, we’re lucky enough to have an endless variety of options. The hardest part will be figuring out where to begin.

Granted, this can make planning activities a pain. One can only do so much, after all. And while it never hurts to host your own picnic or throw a party on Independence Day, sometimes it’s easier to show up at an event that has already been planned for you. I’m talking about never-ending BBQ buffets, dance parties, and concerts. Are you excited yet?

To top it all off, attending a July 4th event in New York City gives you the chance to meddle with city dwellers and visitors alike. It’s a wonderful way to meet people and take advantage of what this amazing city has to offer. Of course, this list of events will also be useful if you are visiting from out of the state or country.

Happy July 4th and be safe!

1. Watch fireworks over the East River

When it comes to tradition, you can't beat a spectacular viewing of fireworks. Extra points for a beautiful backdrop of one of the greatest cities in the world. This Independence Day, watch Macy's July 4th fireworks show over the East River. While you can snag a spot at one of the official viewing areas, your best bet is to find an unobstructed location for personal viewing pleasure. Rooftop parties, anyone?

2. Celebrate on a dinner cruise

For a front row seat to the fireworks show and delicious grub, consider going on a posh dinner cruise on the East River. And while tickets for these cruises can cost a pretty penny, it will be well worth the amazing views and tasty food. You can find a variety of cruises and dock locations at July4thCruises.com.

What else is better than fireworks and friends? An enormous BBQ buffet, obviously. Head to Pier 15 at South Street Seaport for the second annual Freedom Fest for a night of food, food, and more food. You'll have an excellent view of the fireworks show complete with an extensive BBQ menu. Yum.

In true New York fashion, Narcissa's lobster bake will be going down throughout July 4th weekend. For 60 bucks, you can eat your fill of lobsters and mussels to spare ribs and corn. To make reservations, visit The Standard's website.

Nothing says American summer like hot dogs... lots of them. This July 4th, swing by Coney Island and play spectator to Nathan's 2016 Hot Dog Eating Contest. Don't forget to grab a few for yourself, too.

6. Dance at a midnight yacht party

Night owls and dance lovers will swoon over this one. If you're lucky enough to have off on July 4th, party it up on a yacht at midnight until the wee hours of the night. Food is included, too. Score!

If watching the fireworks isn't a priority, stop by House of Yes for BBQ and a completely free dance party. This event starts off in the daytime, paving the way for sunshine, good tunes, and tasty food.

I think we can all agree that a '90s-themed party is a blast, regardless of the holiday. And in honor of the 20th anniversary of Will Smith's Independence Day, Brooklyn's The Bell House will be throwing a patriotic '90s party on July 2. Two themes in one? Yes please.

Yup... you read right. Regardless of your age or taste in music, you can't deny the awesomeness of The Beach Boys. This show, which takes place on Coney Island on July 4, is the perfect way to cap off a day of beach hangs and hot dog eating contests.

More like this
13 Summer Solstice Quotes To Celebrate The Longest Day Of The Year
By Sadie Trombetta
35 Ideas For 4th Of July Nails That Go Beyond Red, White, & Blue
By Audrey Noble
Starbucks Released New Menu Items For The Summer
By Emma Garza
A Beginner's Guide To Drinking Whiskey
By Alexis Morillo
Get Even More From Bustle — Sign Up For The Newsletter