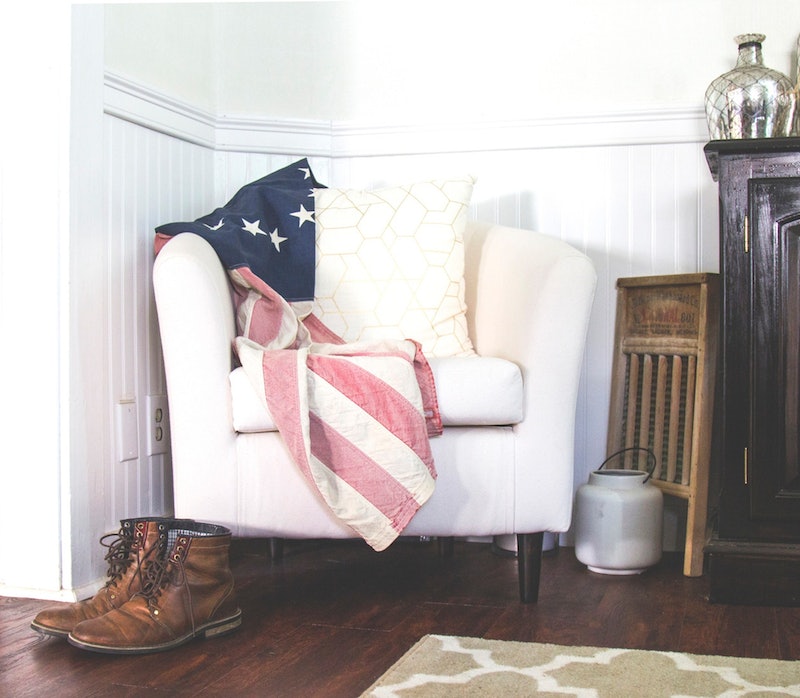 The Fourth of July makes for the perfect opportunity to spend some time thinking about America and its past, present, and future. The authors of these Fourth of July poems certainly have done just that, and it's evident from reading them that there's a lot to be grateful for and a lot to continue working on in this unique and extraordinary country.

The range of poets below varies, and depending on what kind of poetry you gravitate towards, different ones might appeal to you more than others. Some of them glorify America, and some of them provide a harsh critique of it. The one thing that they all do have in common is their ability to make art from feeling, and that's something I hope there's never a shortage of.

I hear America singing, the varied carols I hear, Those of mechanics, each one singing his as it should be blithe and strong, The carpenter singing his as he measures his plank or beam, The mason singing his as he makes ready for work, or leaves off work, The boatman singing what belongs to him in his boat, the deckhand singing on the steamboat deck, The shoemaker singing as he sits on his bench, the hatter singing as he stands, The wood-cutter’s song, the ploughboy’s on his way in the morning, or at noon intermission or at sundown, The delicious singing of the mother, or of the young wife at work, or of the girl sewing or washing, Each singing what belongs to him or her and to none else, The day what belongs to the day—at night the party of young fellows, robust, friendly, Singing with open mouths their strong melodious songs.

It's the Fourth of July, the flags are painting the town, the plastic forks and knives are laid out like a parade.

And I'm grilling, I've got my apron, I've got potato salad, macaroni, relish, I've got a hat shaped like the state of Pennsylvania.

I ask my father what's his pleasure and he says, "Hot dog, medium rare," and then, "Hamburger, sure, what's the big difference," as if he's really asking.

I put on hamburgers and hot dogs, slice up the sour pickles and Bermudas, uncap the condiments. The paper napkins are fluttering away like lost messages.

"You're running around," my mother says, "like a chicken with its head loose."

She gives me a quizzical look as though I've been caught in some impropriety. "I love you and your sister just the same," she says, "Sure," my grandmother pipes in, "you're both our children, so why worry?"

That's not the point I begin telling them, and I'm comparing words to fish now, like the ones in the sea at Port Said, or like birds among the date palms by the Nile, unrepentantly elusive, wild.

"Sonia," my father says to my mother, "what the hell is he talking about?" "He's on a ball," my mother says.

"And what about roll out the barrels?" my mother asks, and my father claps his hands, "Why sure," he says, "let's have some fun," and launches into a polka, twirling my mother around and around like the happiest top,

and my uncle is shaking his head, saying "You could grow nuts listening to us,"

and I'm thinking of pistachios in the Sinai burgeoning without end, pecans in the South, the jumbled flavor of them suddenly in my mouth, wordless, confusing, crowding out everything else.

because it has no pure products

because I say we rather than they

because I walk barefoot in my house

More like this
Here's How To Practice Self-Love In Small Ways Every Day
By Mackenzie Sylvester
The Viral TikTok “30,000” Sound Fits Nearly Every Scenario
By Courtney Young
The Case For A Hard Launch Summer
By Morgan Sullivan
Are Gemini & Capricorn Compatible In A Relationship?
By Kristine Fellizar
Get Even More From Bustle — Sign Up For The Newsletter