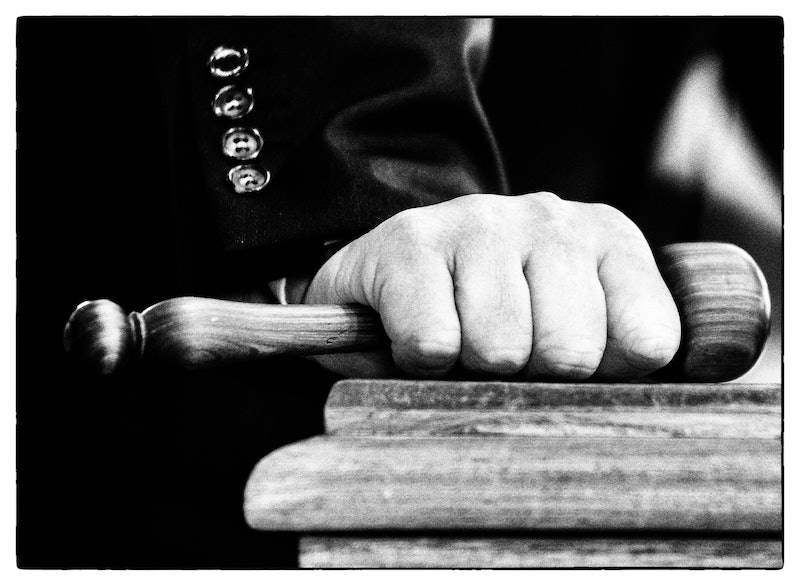 Heads-up, Serial fans: Adnan Syed is getting a retrial. Syed, whose 2000 murder conviction was the subject of the podcast's first season, is currently serving life in prison. But his lawyer, C. Justin Brown, announced Thursday morning that he'll be receiving a new trial. Martin Welch, the judge in the case, determined that Syed's former attorney had "rendered ineffective assistance" in the original trial, leading many Serial fans to wonder: Will Syed get out of jail after the retrial?

Syed was convicted in 2000 of murdering his ex-girlfriend, Hae Min Lee, the year prior. The case became a national sensation when it was profiled in Season 1 of Serial, which focused on several odd facets of Syded's trial and the possibility that he may have been wrongfully convicted. In February, Syed's legal team argued for a retrial on the grounds that his attorney in the original trial, the late Cristina Gutierrez, hadn't provided him with a proper defense, as she neglected to cross-examine a potentially crucial witness. Welch agreed, and vacated Syed's conviction on Thursday.

"The court finds that trial counsel's performance fell below the standard of reasonable professional judgment when she failed to cross-examine the state's cell [phone] tower expert regarding a disclaimer obtained as part of pre-trial discovery," Welch wrote.

Syed owes his retrial, in part, to the efforts of Susan Simpson, an attorney who became so interested in the first season of Serial that she launched her own unofficial spinoff podcast, Undisclosed. Through the course of her investigations, Simpson discovered a potentially crucial piece of evidence relating to the state's use of cell tower data, and Brown credited this discovery with convincing the judge to give Syed a retrial.

So, is Syed going to be released? We won't know that until after the retrial, of course. But in a press conference, Brown said that he and the rest of Syed's counsel are "going to keep fighting until [Syed]'s out of jail."

"I will curb my enthusiasm, because there's still a lot more fighting to go," Brown said. "One of the first things we're going to be looking at is whether we can get him out on bail, because as of now, his conviction has been vacated. It's going to be up to the state whether they want to appeal Judge Welch's order, or whether they just want to just go forward with a new trial. So the ball's kind of in their court, and we will wait and see what their next move is."

More like this
Where Is Allan Gore Now? The ‘Candy’ Subject Moved On Shortly After Betty’s Death
By Gretchen Smail
Sarah Everard’s Killer Wayne Couzens Is Appealing His Whole-Life Sentence
By Sophie McEvoy
Don Crowder Successfully Defended Candy Montgomery, But His Story Ended In Tragedy
By Gretchen Smail
UK Viewers Will Have To Wait To See Jessica Biel’s Killer Housewife Series
By Rachel Mantock
Get Even More From Bustle — Sign Up For The Newsletter