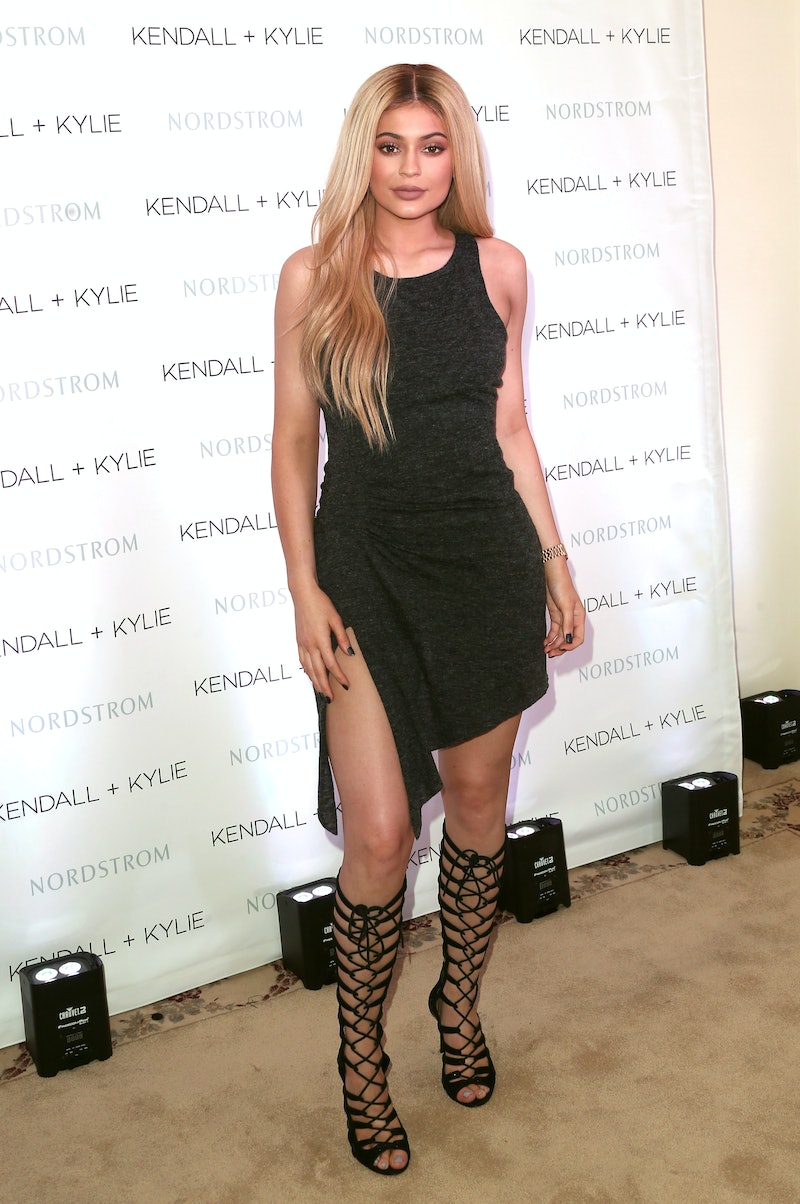 Kylie Jenner may have just been a wee little girl when Keeping Up With The Kardashians first aired, but now she's all grown with a business of her own. Her lipsticks are the most popular beauty craze at the moment, and now, she's coming out with Kylie Cosmetics new products. But when, exactly? We heard about her store opening up, but when are the products coming our way?

Earlier this year, in April, fans found out that Jenner had trademarked names for some beauty products. Of course, speculation started, and we started seeing little hints that perhaps she would be expanding beyond her classic Lip Kits. And we were right—last week, Jenner posted a video on Snapchat that essentially took a tour of a potential Kylie Cosmetics store, basically sending her beauty fans haywire. There's now going to be an actual store? Whoa.

Then, a week later, on Thursday, Jenner posted an Instagram with her wearing a white jacket with "Kylie" embroidered on it. In her caption, she mentioned that it was factory day, and that she'd be expanding her cosmetics line. She also posted a Snapchat of the silly, cute look, hair net included.

A couple of hours later, she posted a Snapchat, where she announced that she'd be holding the biggest restock yet for her Lip Kits tomorrow in the a.m.

But that wasn't it—She also said, "I’m working on a lot of new things for my cosmetic line, and I’ve got fun things coming in July, so i have just been putting my energy there, and I just want you guys…I just don’t want it to be sold out all the time, and it’s not, anymore, tomorrow."

Workin' hard for her fans.

So, if you're a fan of Kylie's Lip Kits, get excited. She's got some new products coming down the pipeline. Next up, I'm hoping it's an eyebrow kit. Cause if it's one thing that those Kardashian-Jenner girls get right, it's their brows. They're perfection. Every. Single. Time.

And it looks like her fans have got a lot to say about this new expansion.

I bet it won't be long until we get highlighters, eyeliners, eyeshadows, and more. Dang, Kylie, you've got this business down. And based on the Dolce K Lip Kit I received this week, I'm definitely down to try all of her upcoming products.