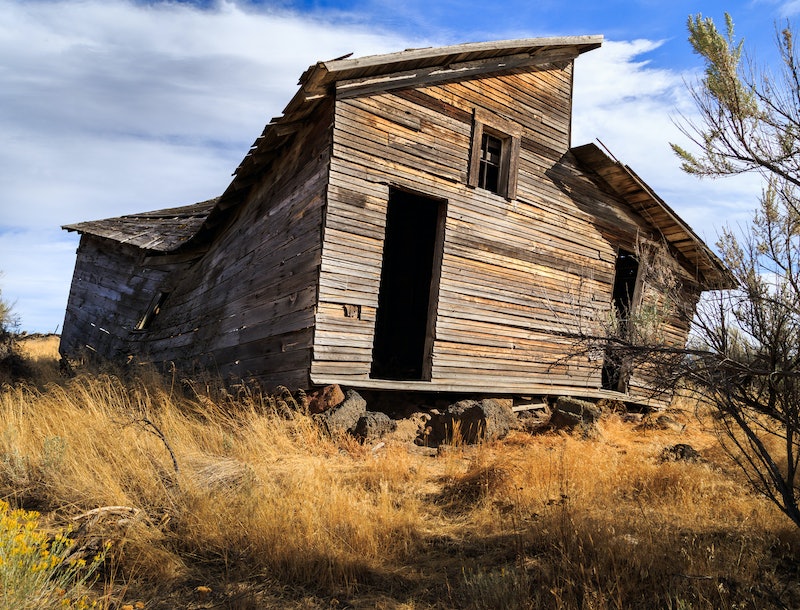 Cities have their fair share of weirdness, but there's something about the isolation of the country that makes even the most pragmatic person a little uneasy. With that in mind, it's no surprise that when a Reddit user asked people to describe the creepiest things found in the middle of nowhere, they delivered. In fact, if you were intending to sleep at all this weekend, they might have delivered a little too well for your peace of mind — but sleeping is for people whose hobbies don't include scaring themselves silly, right?

Creepypasta connoisseurs already know that Reddit often functions as a virtual version of the campfires you used to sit around while telling your fellow summer campers increasingly elaborate scary stories. Unlike the infamous subreddit r/NoSleep, which lives up to its name by allowing users to post whatever fictional horror they can come up with (albeit with the rule for readers that "everything is true here, even if it's not"), AskReddit threads are meant to be nonfictional, and they usually invite people to recount their own paranormal or unusual experiences. Reddit user plotstomper even marked their question — "What's the creepiest thing you've seen in the middle of nowhere?" — as serious, presumably to deter stories where the punchline is the appearance of someone's parent (do kids these days still make "your mom" jokes?) or the Loch Ness Monster.

Just like the campfires of your childhood, many of the tales are probably exaggerated for effect, but every once in a while, they sound just plausible enough to keep you awake for days afterward. You can check out the thread for yourself on Reddit for hours of entertainment, but if you're pressed for time — or don't feel like wading through all the scary bits for yourself — here are eight highlights:

It's one thing to bump into a fellow lover of night strolls, but chasing after them? Huge breach of etiquette.

2. Not-So-Little Fire On The Prairie

If you immediately decided this was some sort of strange alien abduction in progress, you're not alone, but the author of the comment went on to explain the origins of the glow: Several natural gas tanks exploded, sparking a fire so large it was impossible to put out. Somehow, this is almost creepier than alien abductions.

Seriously, what is it about people creeping on each other in the wilderness?

I'm not sure which is worse: The thought that someone disappeared from a broken-down car, or that they were still around, just out of sight.

There's nothing like deserted campsites to remind you of your own mortality and the fragility of human kind.

The author of the comment included a photo with their post, as if your own imagination wasn't terrifying enough.

7. It's Only Cute In Theory

Bears may be adorable in cartoons, but they're pretty much terrifying in real life — even when they're adorably eating cupcakes.

Clearly, there's a lesson to be learned from this thread: Being alone in the middle of nowhere is creepy, but finding someone else out there is so much worse.