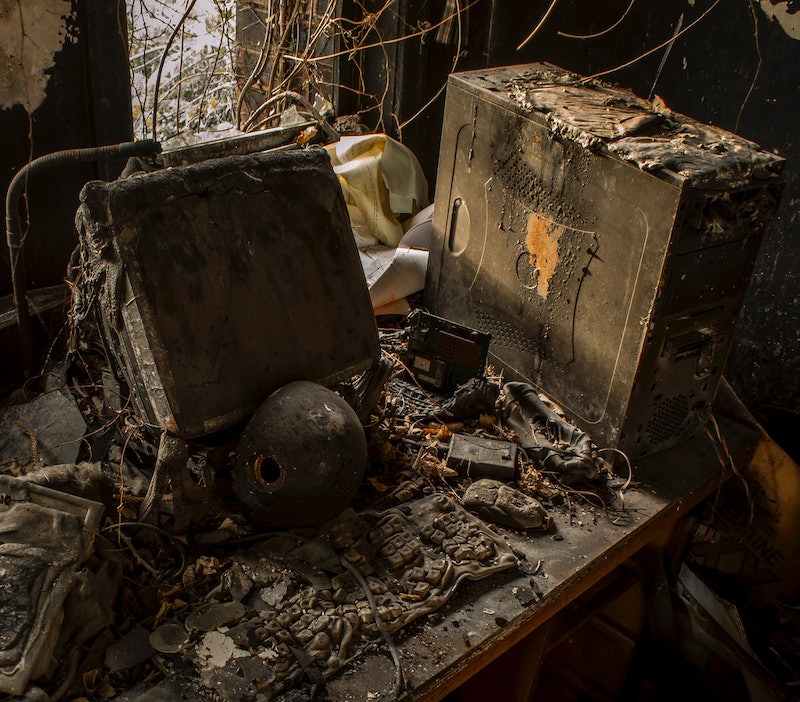 When things become ubiquitous, they also have a tendency to lose their punch. That’s what has happened to a lot of classic creepypasta stories in the years since the Internet-based genre of horror fiction has risen: What were once boogeymen you wouldn’t want to run into alone at night have become punchlines, funny and so beloved that they’re almost cuddly now. But if you strip away all of the overexposure and the many, many jokes that have resulted from it, getting right back down to the heart of the stories — some of them are actually still pretty freaky. So let’s take a look at a few classic pastas everyone who’s interested in the strange and unusual should know about, shall we? Just maybe don’t read them on nights when you’re the only person home. And keep the lights on.

These seven tales are far from the only classic pastas worth knowing, by the way; “essential” reading probably also includes “Jeff the Killer,” “The Grifter,” and a few other stories that I’ve brought up in other pieces. These ones, though? I think they’re some of the most effective. There’s a reason they’re so well-known, held up as shining examples of what online horror can do.

We’ve already talked about Slenderman a few times, so you’ll forgive me if he doesn’t make a repeat performance here; he’s worth knowing too, though, so I’ll point you to the Daily Dot for an excellent rundown of the history of Slenderman. Once you’re done there, come back here for the other pieces of weirdness lurking in the shadows along with him. The night is dark and… well, you know how that goes.

Pastas about “lost episodes” of popular TV shows are a proverbial dime a dozen these days; I suspect it has something to do about the kind of freakiness that can only result when you take something you remember fondly from your childhood and make it into something strange. A lot of the most well-known lost episode pastas, including “Squidward’s Suicide” and “Dead Bart,” come from the early days of the genre — but the most well-known, and (I think, at least) the most effective, remains “Suicidemouse.avi.”

Although the text of the story has since been recirculated in countless places, it originally simply made up the description of a video uploaded to YouTube on Nov. 25, 2009. The video itself was purported to be a Mickey Mouse short that had never been released — but why it never saw the light of day wasn’t as simple as just the fact that it’s really effing weird. Apparently it had a… history to it. And not a very nice one, at that.

I’ll be honest: I don’t actually think this pasta is that good. It starts out promisingly; however, by the end, it becomes so over the top that it kind of kills its own effectiveness. That said, though, it’s one of the foremost “science gone wrong” pastas out there, and therefore it’s worth a read just so you’ve got it floating around in your own personal creepypasta zeitgeist.

Although the author remains unknown, “The Russian Sleep Experiment” first came to the Internet’s attention as a supposed re-post on a Wordpress blog in 2009. In the form of a formal report, it documents the effects of an experiment supposedly carried out in Russia during the 1940s testing the prolonged effects of sleep deprivation. It… doesn’t go so well.

Personally, I think “Kagome Kagome” is a better “science gone wrong” pasta, but that’s just me.

This one is an interesting case, largely because the pasta was created to make sense of a 20-second video that was otherwise inexplicable. On April 19, 2008, a short clip of a man with short hair and a mustache staring intently at the camera — and, therefore, seemingly at the viewer, too — was uploaded to YouTube by user erwilzei. The video, titled “Mereana Mordegard Glesgorv,” is creepy enough on its own, and all the more so because of the blood-red filter that’s been applied to it… but within days, duplicates of the video began popping up all over the place.

One of these duplicates ran for two minutes, this time with a description stating that it was the full version of the video. The description also stated that it had been repeatedly removed from YouTube due to its detrimental effects on viewers. “The person who uploaded the video was never found,” it reads, “the IP address being non-existent. And the man on the video has never been identified.”

It’s all just a story, of course; it later came out that the original “Mereana Mordegard Glesgorv” video was made by an eBaumsworld user from photographs of a marketing coordinator.

There’s a huge number of creepypastas based off of the Pokemon series. I’ll admit that I’m not totally sure why that is, but, as is the case with all those lost episode pastas, I assume it has something to do with the idea that your fondest childhood memories may not actually be as idyllic as you thought.

And to be fair, the Lavender Town section of the original Pokemon Red and Pokemon Green games is kind of… odd. Usually, the impulse is to shield children from death as much as possible until they’re old enough to understand it — but these two games took the proverbial bull by the horns and included an area that’s essentially a Pokemon graveyard. It’s phenomenally creepy, and it’s made even creepier by the music that plays while you’re actually in Lavender Town. That’s where the idea of “Lavender Town Syndrome” — which features in many stories, with “Come Follow Me” being the first — comes from: That strange things may happen if you spend too long in there.

Also worth checking out is “Pokemon Black,” which existed before Pokemon Black was an actual game in the series. I first encountered it as a hack played on a Nintendo DS, which was an enormously effective way to experience the story.

While I love a good, lengthy yarn that I can get caught up in for substantial amounts of time, I also think there’s something to be said for the short and not-so-sweet. At less than 300 words, “The Woman in the Oven” is one of those types of stories — kind of weird, kind of mysterious, and plenty creepy. It’s open-ended, so feel free to come up with your own theory about why there’s such a huge discrepancy between the tape and what the cops allegedly found.

“Smile Dog” (or “Smile.jpg,” or “Smiledog.jpg,” or “Smile.dog” — it’s gone by all of those names, because that’s what happens on the Internet) dates back to approximately 2008, although the details are a little hazy. The format is familiar to anyone who’s ever gotten a chain letter, either by email or regular post, and it makes the metaphor of chain letters as viruses very, very real… and in an incredibly deadly way. It’s just one of many creepypastas with a corresponding piece of media — in this case, an image — but it’s one of the originals, and still one of the best.

I love “Ben Drowned,” also known as “The Haunted Majora's Mask Cartridge.” I think it eventually got a little unwieldy — that was around the time it entered ARG territory — but the original story and the videos that accompanied it were both ace. I mean, Majora’s Mask was already creepy enough in and of itself, but when you add in a possible haunting and a bunch of videos that actually show the weirdness in action? That’s an A-plus combination. It’s even more impressive when you remember that the story’s creator, Alex Hall, made the videos completely with in-cartridge tricks — no wacky post-production editing.

The basic premise is a familiar one: Guy has a fondness for childhood toy; guy finds copy of childhood toy at a garage sale; guy buys said toy for cheap; weird stuff happens. It first appeared on 4chan in 2010, blending the line between fiction and reality; readers were able to follow the story in real time, which is undoubtedly what inspired successive interactive “phases” of the tale.

More like this
American Girl Doll Memes Are Going Viral On Instagram & Tiktok
By Emma Carey
The Guide To “Witches Stairs” & Why They’re Actually Great For Small Spaces
By Emma Garza
What Is A “Softboy?” The TikTok Term & Aesthetic, Explained
By Courtney Young
Why Are TikTokers Slapping Each Other With Tortillas?
By Courtney Young
Get Even More From Bustle — Sign Up For The Newsletter