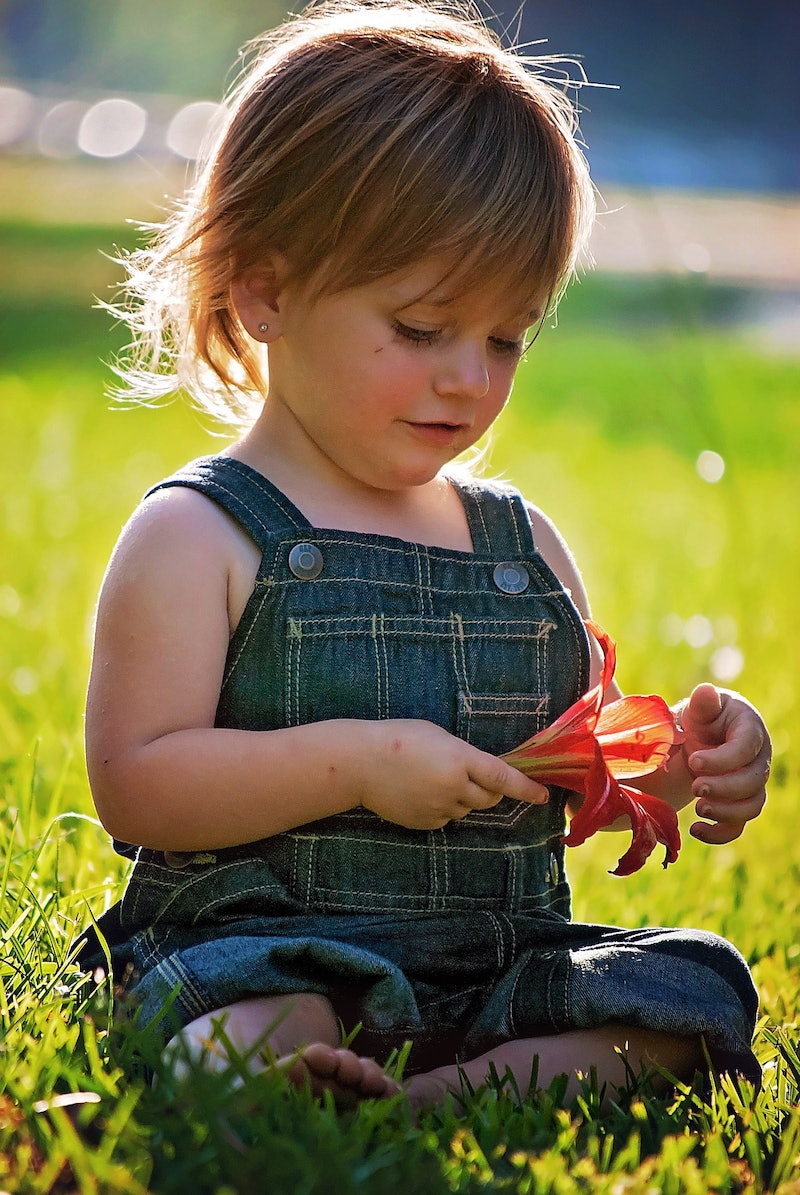 Adulting is hard, parenting is even harder — and sometimes our struggles with everyday challenges can lead to some hilarious mistakes. This was the case when one dad forgot to put a shirt under his daughter's overalls and his wardrobe malfunction moment went viral.

In Terre Haute, Indiana, dad Jeremy Basso was tasked with dressing his seven-month-old daughter Olivia for daycare. He dropped his daughter off wearing a pair of adorable blue overalls... and not much else. When wife Brooke arrived to get her baby girl, she was confused by what she found. "I had no idea she was dressed like that until I picked her up... I thought perhaps she spilled out of her diaper and maybe they removed the shirt that I assumed she was brought in," Brooke told TODAY Parents. "Our provider just laughed and said, 'No, Jeremy brought her in like that, and we just thought OK'."

Brooke found the clothing snafu too funny not to share, so she posted a screenshot of the text conversation she had with her husband after overall-mageddon, alongside a picture of Olivia in her unfinished garb on Ellen DeGeneres' Facebook wall. It didn't take long for Brooke's all-too-relatable #daddyfail Facebook post to go viral with 62,000 likes as well as thousands of shares and comments to date.

Many other mothers have been inspired to chime in with their own adorable tales of dads struggling with baby fashion. These stories in the post's comment section are even trending on their own, like Joy Hampton's tale of woe, which has racked up nearly 8,000 likes.

She writes, "So once after work my hubs dropped our one year old off to me wearing this weird beige robe. I had no clue where it came from and she had it on with nothing but leggings. It was open in the front, no buttons or ties. I asked,"what is this?" He says, "It was on Seth's (her older bros) bed. It was soft. I put it on her." I said, "THIS CAME OFF OF HIS STUFFED YODA!!" He took her to the grocery before dropping her to me....wearing a Yoda robe." The outfit sounds super cute (especially for any Star Wars fan), but probably does not offer enough coverage to be comfortable.

It seems like a common challenge for dads to figure out what clothing is meant for babies and what goes on their stuffed toys. In another popular comment, Kelly Kidd Torregrossa describes a similar experience in her household. "I went out for a girls night when our daughter was a baby and my husband put 'Build a Bear' clothes on the baby," Torregrossa explains. "I could see the hole where the tail of the stuffed animal was supposed to go."

More like this
17 Genius Things You Can Do With Old Clothes That You Can't Donate
By Brittany Bennett and Dominique Norman
Starbucks’ Chocolate Cream Cold Brew Tastes Like This Retro Candy
By Emma Garza
When Did Tamagotchi Come Out? In The U.S., 25 Years Ago
By Kaitlyn Wylde
Meet The Disney Imagineer Bringing 'Guardians Of The Galaxy' To Epcot
By Charlie Mock
Get Even More From Bustle — Sign Up For The Newsletter