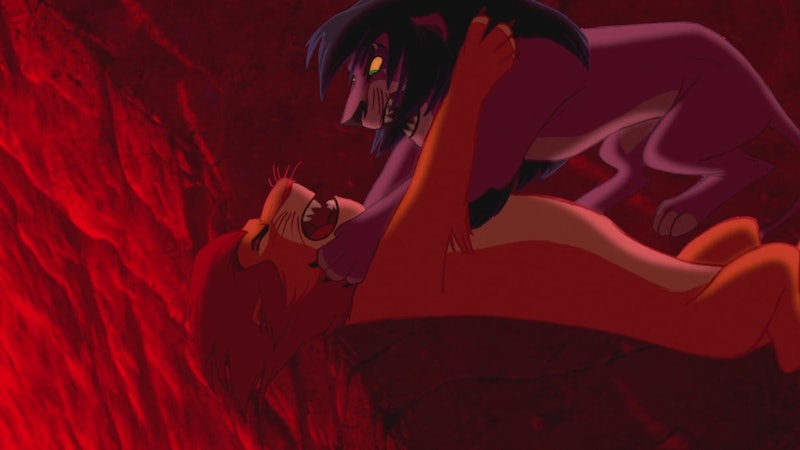 The recent news that none other than the dastardly Draco Malfoy (or, OK, his thespian equivalent Tom Felton), will be joining the third season of The Flash as a criminal investigator got me thinking: Surely, Malfoy isn't the only one to exit the dark side to lend justice a hand? It confronted me with this difficult truth that I've, for some reason, never truly grasped before: actors are not the same as their characters, and the same actors who I can't disassociate from evil (I don't care how many times you've watched The Notebook — try and tell me you don't just assume that Mean Girls ' Regina George somehow was transported to the 1940s) thanks to their most famous roles will probably go on to play — or they have already played — the sweetest, kindest characters in the entertainment universe.

Evil isn't forever. People change and grow: Just look at Professor Snape in Harry Potter, if you don't believe me. Since most of the people in the list are best known for their villain role, just imagine what they got up to career-wise on their way up the ladder. It's a big old world out there and there's more than one role for a star.

It's true: Actor Iwan Rheon, best known for his role as the sadistic Ramsay in Game of Thrones, starred as an adorable Welsh man named Ash alongside heavyweights like Ian McKellan in the 2013 British comedy Vicious. It's all I can do to try not to imagine how Ramsay Bolton might have handled a nightclub job dilemma that Ash experienced. (Maybe, like, "come to the club or I'll set my hounds on you! They haven't been fed in weeks.")

The man in the beige suit and the awkward side fringe? None other than Scar the lion. Jeremy Irons first rose to fame thanks to his portrayal of Captain Charles Ryder in the 1980s series Brideshead Revisited. Charles is rather a good sort, if not totally besotted by the rather naughty Sebastian.

Plot twist! James Earl Jones, aka the voice of sheer evil as Darth Vader in Star Wars, The Empire Strikes Back, and Return Of The Jedi, went on to also voice the purest character ever. Who is stronger, sweeter and wiser than Mufasa? Mind totally blown.

Never getting over this, ever.

5. Harry Shearer: Mr. Burns (The Simpsons) And Derek Smalls (This Is Spinal Tap)

Derek in This Is Spinal Tap was totally sweet and slightly silly — so, it's hard to imagine the same man who voices the most scheming capitalist in Springfield, Harry Shearer, also played him.

I love this clip because it so exemplifies my whole hang-up about villains — actor Peter Serafinowicz's first major role was as Darth Maul on Star Wars, a fact I'm dead certain pop-culture geek Simon Pegg is familiar with and is playing with here thanks to Serafinowicz's overly deep delivery. Serafinowicz's Spaced role of Duane isn't evil — he's just a bit of a jerk. So, OK, maybe he didn't exactly go over to the good side, but you've got to admit, Duane's far less scary than Darth Maul.

7. Lena Headey: Cersei Lannister (Game Of Thrones) And Luce (Imagine Me & You)

In the movie Imagine Me & You, Luce is a fairly sweet character — which makes it totally insane to think that Headey is able to portray Cersei's evilness so perfectly and effortlessly in Game Of Thrones.

OK, this is kind of cheating since this isn't a role so much as reality, but did your head just explode? What about around 1:40 in the video? That's right: Sweet Vanessa Williams was crowned the first African-American Miss America in 1984. Who could have anticipated that just 20 years later, she'd be playing the scariest editor on TV?

This one took me by surprise as I'd forgotten who played Voldemort under all that makeup — Ralph Fiennes. In 1996, he received an Oscar nomination for playing Count Almasy in The English Patient, a Hungarian cartographer goes to hell and back to try and keep his lover safe. Hard to imagine after seeing him as Voldemort!

Remember Unfabulous? If Addie Singer had grown up every bit as good-hearted and adorkable as she was in the show, Chanel would have been more likely to murder her than let her join her sorority.

This is kind of cheating, but also NOT REALLY. Guys, rewatch the first series of Gossip Girl and get ready for your whole world to be torn asunder. I, like everyone else with eyeballs and a heart, had totally forgotten about the inauspicious beginnings for one character in particular on the show, having completely bought into his wooing of Blair. But...Chuck Bass is pretty much a villain in the first season and a terrifyingly amoral one at that. I don't want to trigger anything here, but he didn't seem to pay a whole lot of attention to consent in one pilot scene.

Phew. I don't know about you guys, but this has been a rollercoaster of emotions for me. Who's good? Who's evil? Are good and evil even a thing? I think we've all learnt a valuable lesson today about our favorite characters' capacity for change.

More like this
Laura Dern Said “Cultural Awareness” Made Her Rethink This 'Jurassic Park' Fact
By Grace Wehniainen
The 'Hocus Pocus' Sequel Finally Has A Release Date & It Makes Total Sense
By Shannon Barbour and Radhika Menon
What Does Doctor Strange’s Third Eye Mean?
By Arya Roshanian
Elizabeth Olsen's Chris Evans Friendship Update Was Accidentally Hilarious
By Grace Wehniainen
Get Even More From Bustle — Sign Up For The Newsletter