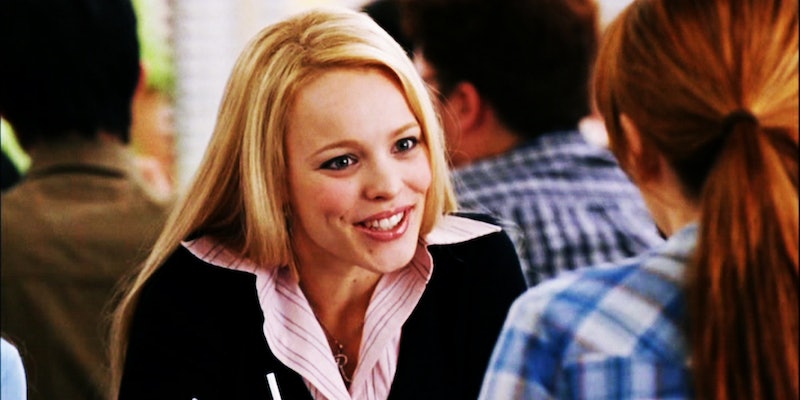 Regina George is one of the most notorious movie villains of the '00s, and for good reason. She was superficial, malicious, and basically embodied every mean popular girl who ever bullied someone in high school. But there was actually a lot more to the Mean Girls character than that. The movie showed a lot of Regina's personal life, which looked amazing on the surface, but had some serious cracks. Underneath her family's wealth and beautiful house was a tumultuous home life characterized by overly permissive parents and a struggling marriage. Underneath her popularity was the fact that she was constantly being watched and appraised by her peers who valued her primarily for superficial reasons, like her car and appearance (even Janis noted that one of Regina's main commodities was her "hot body"). So, although Regina was not blameless for her poor behavior towards others, in a lot of ways she was truly a product of her environment. Yeah, I'll say it: Regina George wasn't that bad.

I would also point out that Regina did actually have some good qualities. For starters, she was confident, intelligent, and had no problem speaking her mind. Some of Regina's other positive attributes were demonstrated in her actions; they were just often overshadowed by her more egregious actions. But the character's positive qualities are worth noting seeing as our collective obsession with Mean Girls isn't going away any time soon, so here are some reasons that Regina George wasn't so bad.

Regina was a natural-born leader, which is why Karen and Gretchen followed her so faithfully (and why the entire school looked up to her). If Regina could harness that power for good, she could become a hugely influential politician, activist, or other kind of changemaker.

2. She Was Oh-So Quotable

Without Regina George, you would have missed out on countless opportunities to ask "Is butter a carb?" and jokingly tell your pals, "Boo, you whore."

Given Regina's Queen Bee status, it was actually pretty unusual that she would befriend Cady in the first place and invite her to join the Plastics' lunch table. A small gesture, but it spurred the action of the rest of the movie.

4. She Wore Every Outfit With Confidence

I don't know about you, but I'm pretty sure that if somebody cut boob holes in my shirt, I would be crying. Not Regina. She pulled her top back on and went on with her day like her new cutouts were the latest trend from NYFW.

5. She Had More Problems Than She Was Given Credit For

Gretchen briefly mentions that Regina's parents don't sleep in the same bedroom anymore, hinting at some deep marital issues. Regina herself never talked about it, but she was undoubtedly dealing with some family dysfunction at home.

6. She Was Delightfully Candid

Somebody did really need to tell Gretchen to stop making up slang.

Although Regina wasn't always great to Gretchen, it was a strong moment of friendship when she called Jason out on treating Gretchen like dirt.

8. She Had To Deal With Some Intense Body-Shaming

More troubling than the fact that Cady and Janis schemed to make Regina "fat" with Kalteen bars was the fact that Regina was subsequently taunted for her weight in multiple scenes. Regina absolutely deserves some sympathy for this appalling treatment, even if she was a mean girl.

9. She Rocked A Neck Brace At Spring Fling

After all the crazy drama — and a serious injury — it may have been tempting for Regina to spend the night at home feeling bad for herself. But instead she showed up, huge brace and all.

10. She Was More Insightful Than You Think

In a deleted scene, Regina told Cady a story revealing her deep-seated issues with possessiveness. I wish this had been kept in the final cut, as it was a major revelation for the character.

11. She Turned Out To Be A Great Athlete

After the end of the movie, Cady reported that Regina found a way to channel her anger through sports. Kudos to Regina for finding a more effective coping skill.

At the end of the day, Regina was a flawed human being just like everybody else. She wasn't the best, but she also really wasn't the worst. So although it might be tempting to write the character off as being a totally bad person, remember that there is always more than meets the eye at first glance.