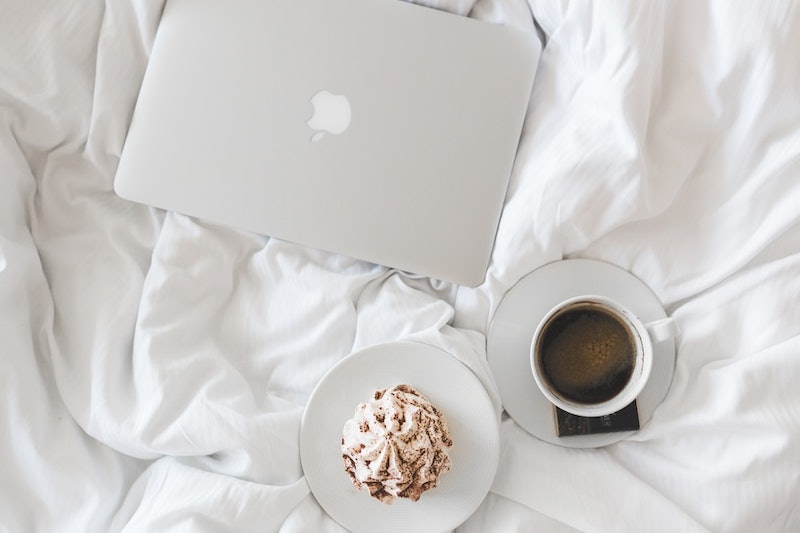 It’s a week day morning, the alarm clock goes off, and all you can think is, “No way!” You hit snooze, and before you know it you’ve slept another hour. You’re not alone. Plenty of people have trouble waking up, but with some weird tricks for waking up on time you no longer have to be one of them. Waking up might feel like the most dreaded moment of your day, but it really doesn’t have to be. The tricks we will talk about here are really easy to do, so you won’t find getting up on time to be difficult at all should you start following them.

This is embarrassing to admit, but if I really tried I think I could sleep for 24 hours straight. I love sleep more than anything. This directly contradicts being an adult though, as five days a week I — like many of you out there — am required to be bright eyed and bushy tailed and ready to take on the morning in stride. The problem is I’m usually not very alert. I’m groggy until I’ve had plenty of coffee, and then I’m actually probably still groggy. Lately I’ve been on a major hunt for some ways to get my mornings back on track, and seems like there are quite a few strange tactics out there that prove beneficial for people. Yes, even those, “I can never wake up on time” people. Let’s talk about these tactics and hope we can make our alarm clock moments a lot easier for the next week day morning we're forced to face. Here are 11 weird tricks for waking up on time.

1. Use The Power Of Water

Water can work wonders in so many ways, including helping to get you out of bed in the morning. According to Inc., by drinking a glass of ice water immediately when you open your eyes, you’ll boost your body into full-on wake up mode. They outlet also suggested adding a little lemon to the water for some extra pizazz. Not doing the trick? Make it a habit of splashing some cold water on your face to accelerate from drowsy to awake instantly.

The alarm goes off and you’re about to hit snooze, go back to sleep, and ultimately risk being late to work... again. Stop right there and rewind to that alarm clock moment. Try keeping some salt near your bedside, and as soon as you hear that alarm bing, take a whiff of the salt. According to POPSUGAR, the smell of salt helps to revive the brain and get you going. The outlet also suggested other smells that can do the trick, including grapefruit, orange, and mint.

3. Get Up One Minute Earlier Each Day

Fast Company suggested some ways to get up on time, one of which was playing a little alarm clock trick. Consider the time you want to wake up each day versus the time you actually wake up each day. The former is the goal you’ll want to work up to. Start by setting your alarm clock one minute closer to the goal. Then, every other day set the alarm clock one minute earlier. Do this until you’ve hit the goal time. The outlet said it might take a few weeks, but before you know it you’ll be waking up on time without even fully realizing the difference.

Have you ever considered that part of the reason you’re oversleeping might have to do with when you’re eating dinner the night before? It might seem a little strange, but it’s true. According to Entrepreneur, you should be eating dinner at least two or three hours before bedtime. This makes you more capable of falling asleep easily and getting sound sleep as well.

5. Use Sunlight To Your Advantage

The sun is shining, so wake up! According to a study from the University of Liege, participants who were exposed to sunlight first thing in the morning were more alert than their sun-deprived counterparts. With that in mind, make it a point to sleep in a room that has access to natural sunlight, and have those curtains ready to be drawn the instant your alarm goes off.

6. Keep A Bowl Of Mints Next To Your Bed

Another trick for getting your body on and moving on time in the morning is by having a mint right away, according to Brett Hoebel, founder of Hoebel Fitness, who spoke to Women’s Health on the topic. Hoebel recommended popping that mint in your mouth to excite your brain.

Or whatever it is that you might deem fun that you don’t have other time in the day for. When you convince your mind that you’re getting up for something fun, you’ll be more likely to actually get up and going. According to Observer.com, promising yourself a little “me” time in the morning can be a really successful way of waking yourself up. You don’t need to slot out a ton of time. Even a quick 10 minutes can do the trick.

I don’t mean to sound simplistic here, but I'll say it again: just get up. According to DailyBurn.com, if your body wakes itself up a few minutes before the alarm goes up — just get out of bed right then. If you try to catch those extra few minutes it can end up making you feel more exhausted, and leave you at risk of completely oversleeping.

9. Push On Your Pressure Points

According to a study from the University of Michigan, your pressure points might just be the areas to go after when trying to stimulate your body into “go” mode in the morning. The study’s participants reported an increase in alertness from massaging these points. According to Business Insider, these areas include: “the top of the head, the point between your thumb and index finger, right below the center of the knee cap, below the ball of the foot, and the base of your neck.”

Nothing like a good friend to help get you awake in the morning. This comes as a personal recommendation from me — someone who hates getting up in the morning. At a previous job I was some days required to be in my office by 7 a.m. at the latest. As you can imagine, a sleeper hates the idea of having to be awake by 5:30 a.m. To make it easier, I connected with a friend who also hated waking up early but was also facing that dreaded 5:30 a.m. wake up time. If we didn’t hear from the other one via text by 5:40 a.m., we’d call them until we were certain they were up and moving. As an added bonus, it was nice to have a quick chat with my friend every morning.

Finally, it’s important to consider that how you treat your body on the regular might be a contributor in why you can’t seem to wake up in the morning. According to POPSUGAR, that sleepiness could very well have to do with your health habits. Stop for a moment and consider how you’ve been eating lately. Also think about your exercise habits. If you feel you’ve been slacking in these departments, try to better your ways to the best of your ability. You might find waking up to be a lot easier once your body is feeling good on the inside.

Just because you’re someone who can’t seem to get up in the morning doesn’t mean you’re doomed for life. Try incorporating some of the tricks we talked about here and — before you know it — you might just turn into an early bird.