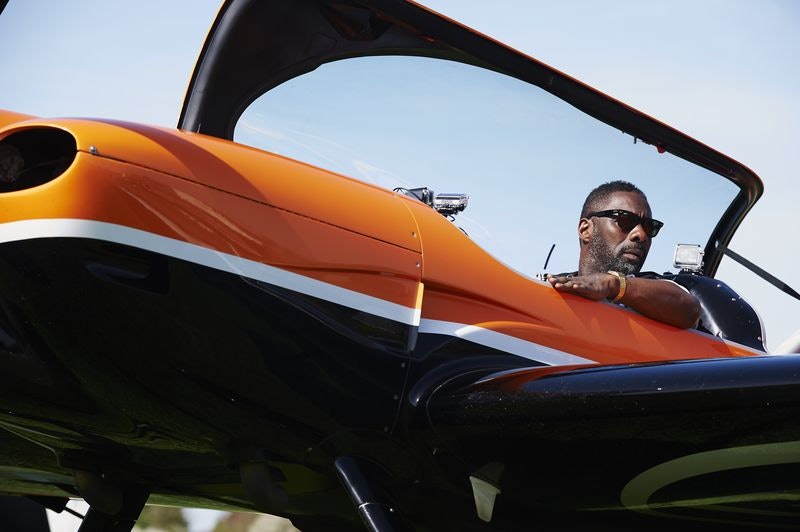 Idris Elba's limited reality series (yeah, you read that right) hasn't even started on the Discovery Channel in the United States yet, but I already know that it's going to leave me wanting more. The series, which takes Elba on a series of driving challenges, aired in the United Kingdom last year. Will Idris Elba: No Limits have more episodes in the future? If and when it returns, I have some ideas.

Nothing is confirmed officially, but according to the BBC, Season 2 is looking to expand the premise even further. “We are working on a second series, but not necessarily about cars," said Discover UK's Phil Craig at the Edinburgh Television Festival. "We were really pleased with the first series – not a lot of movie stars let you into their lives in the way Idris did. The new show is likely to have the same title, but a different subject, a different set of challenges.”

A new set of challenges, eh? I'm very interested in what they end up picking. Here are some suggestions for what Idris Elba could take on next. From dangerous challenges to fun new hobbies, there are a lot of potential pursuits that Discovery may want to consider.

You may already know that Idris Elba was a DJ before he started acting and still plays shows from time to time. I would definitely be interested in following that for a full season of television.

Also not necessarily dangerous in the traditional sense, but who wouldn't want Idris Elba as their sommelier?

It's one of the most visual and dynamic types of fishing, and you could add several challenges. Kayaking? He could make all your L. L. Bean dreams come true!

I like surfing and sailing as much as the next person, but now that I'm thinking of woodland activities, there are lots of challenges to be had in caves.

According to Vulture, Elba got interested in boxing while training for Mandela — that's a show I'd watch!

I know it's a little on the nose to take a show about driving and put it in the air. However, piloting planes is fascinating and would certainly present a new set of challenges for Elba to explore on screen.

More like this
8 'Selling Sunset' Continuity Errors You Definitely Won't Be Able To Unsee
By Rachel Mantock
'Ghost In The Shell: SAC_2045' Was Only Supposed To Last Two Seasons
By Kadin Burnett
Everything To Know About The Possibility Of 'The Essex Serpent' Season 2
By Rachel Mantock
'Who Killed Sara?' Won’t Return For Season 4
By Brad Witter
Get Even More From Bustle — Sign Up For The Newsletter