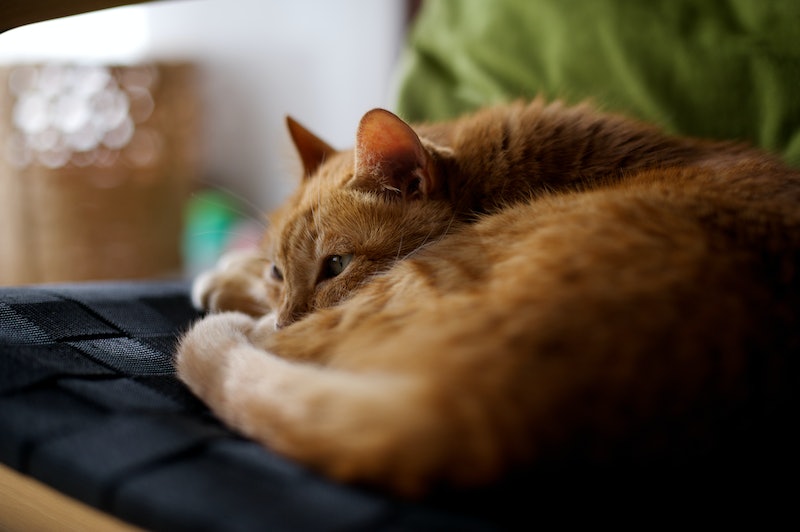 For decades, doctors have been stymied by the question of what causes chronic fatigue syndrome. Characterized by extreme exhaustion that can't be alleviated no matter how much you sleep, the disorder has proven controversial in the past; its causes are so difficult to pinpoint that some scientists believe it's actually a psychological condition. However, new research from Cornell University just bolstered the argument that the causes of CFS are physical. According to their study, which was published in Microbiome last month, there are biological markers for the disorder, and they may point to new directions of research.

Unfortunately, the markers themselves aren't for the faint of heart — in the study, researchers compared the blood and stool samples of 39 healthy participants with those of 48 patients who had been diagnosed with CFS. (So if you're squeamish about that kind of thing, now is a good time to hit the back button.) After sequencing the DNA of the bacteria found in these samples, researchers turned up an interesting finding: Much like inflammatory diseases like ulcerative colitis, participants with CFS had far less diverse bacteria residing in their digestive tracts, and there were fewer anti-inflammatory bacteria present. Furthermore, the blood samples showed markers for inflammation, possibly as a reaction to intestinal bacteria being leaked into the blood. This may worsen CFS symptoms, which include muscle pain, headaches, and of course, unrelenting exhaustion.

Although the study's sample size was fairly small, its findings could have a huge impact on the way CFS is viewed among doctors. Using just blood and stool samples, researchers were able to correctly diagnose CFS in 83 percent of patients; the biological markers identified in the study could improve testing for CFS, which largely involves ruling out other disorders first.

However, there's a second, equally important application of the study: It confirms that the oft-misunderstood disease has biological roots. "Our detection of a biological abnormality provides further evidence against the ridiculous concept that the disease is psychological in origin," said the paper's senior author, Maureen Hanson, according to Science Daily.

The misconception that CFS is psychological in nature — that it's all in someone's head, or that they're just being lazy — is so widespread that in 2015, a panel of scientists investigating the illness felt it necessary to remind the public that it's a physical disorder. According to their findings, many people who suffer from CFS report difficulties finding a doctor who takes them seriously, and the panel concluded that the majority of cases go undiagnosed.

Although the Cornell study couldn't say whether the changes in gut bacteria were a cause or consequence of CFS, it still opens up a new direction for further research. Considering how little is known about the illness, every bit of new information helps.