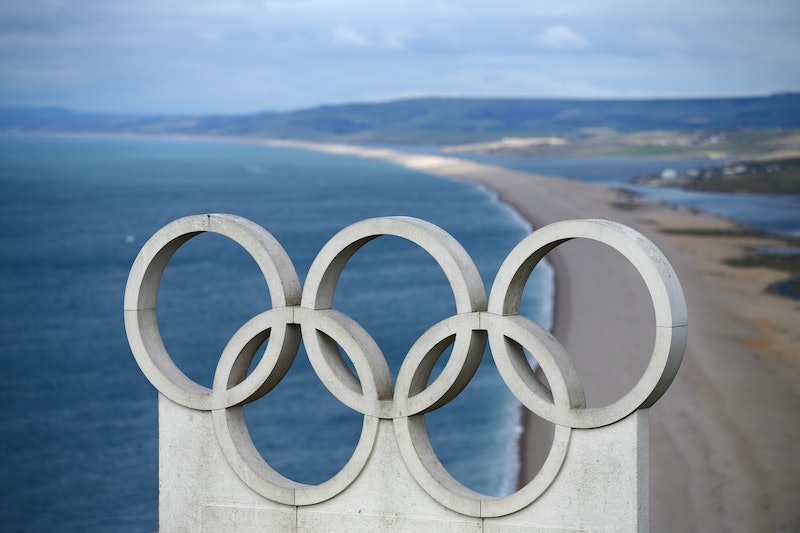 With just over a month until the Opening Ceremony, the 2016 Olympics are tantalizingly close at hand. This year, American women are expected to dominate multiple sports, including gymnastics, swimming, and soccer, continuing the longstanding tradition of total badassery by American female Olympians. Since the beginning of the modern Olympics in 1896, American women have represented the country with great success, but their athletic achievements mean more than just medals — these American female Olympians have changed the world of sports through both their superior performances and their ability to overcome overwhelming obstacles.

Women first competed in the modern Olympics in 1900, with only two sports available to them, tennis and golf. American women swept the golf event, establishing the beginning of a legacy that still continues over 100 years later. Since these first medalists — Margaret Ives Abbott, Pauline Whittier, and Daria Pratt — American women have broken records and glass ceilings at the Olympics that have changed the world of sports indelibly, and for the better. Representation and celebration of female athletes has given generations of women confidence and efficacy to fight for their rights. These amazing female Olympians made a huge impact on their sports and the lives of all the female athletes who came, and will come, after them.

With her win in the high jump at the 1948 London Olympics, Coachman was the first African American woman to earn a gold medal at the games. Her athletic career ended after that first Olympic games, but she went on to start the Alice Coachman Track and Field Foundation to help athletes in financial need. Her legacy made way for black women in years to come, including many on this list.

Retton's famous, perfect performance at the 1984 Olympics started a legacy of American gymnastics that still has yet to fade over 30 years later. Not only did Retton score two perfect 10s on her vaults, she became the first woman from outside Eastern Europe to win the all-around gold medal. She made success stories like Nastia Liukin and Gabby Douglas possible, and gave generations of gymnasts a standard to beat.

In the 20 years after her last Olympics, Joyner-Kersee is still the most decorated female track and field Olympian ever, proving just how unique her talent is. Joyner-Kersee won six gold, silver, and bronze medals in two different events at four different Olympic games, and still holds the record for the heptathlon.

The current U.S. women's soccer team is legendary in its own right, but Hamm's team was the greatest of all time. She led the team to three straight Olympic finals, with wins in 1996 and 2004. Hamm inspired a generation of girls to get into soccer, and she's a huge part of the reason that the USWNT remains so dominant on the world stage.

Torres made a huge splash on the U.S. Olympics swim team, picking up medals in 1984, 1988, and 1992. In 2000, she came out of retirement to win five medals in Sydney. And in 2008, at the age of 41, she became the oldest swimmer on the U.S. Olympic team and showed the world that age really is just a number. She's also just one of a few athletes to win medals at five different Olympics.

Rousey's impact is really not so much from her Olympic performance, but it's an integral part of her story. Her judo training led her to a bronze medal in 2008, which got her into mixed martial arts in her post-Olympic career. Since her amazing undefeated streak last year, she was voted the best female athlete of all time on ESPN.com, showing that even at her young age, she's gained a place in the history books and a massive respect within the sports world.

The Olympics is really only part of Williams' legacy, which extends to her incredible professional tennis career as well. Williams won gold in doubles women's tennis at the 2000 and 2008 Olympics, but finally got her individual medal when she crushed Maria Sharapova in the 2012 finals.

Yamaguchi took the skating world by storm in the early '90s and blew away the competition at the 1992 Olympics. Yamaguchi's amazing accomplishments include being one of the only Asian American female athletes to ever win a gold medal, and the first Asian American inducted into the World Figure Skating Hall of Fame. She also went on to win Dancing with the Stars, so she's obviously a world class athlete.

Douglas was the star of the 2012 Olympic gymnastics team, displaying an unprecedented dominance in the all-around competition. She's the first African American to win the individual all-around gymnastics medal, and her story is no doubt going to inspire a generation of young girls to pursue their own Olympic dreams.

The impact these women had on American culture and history can't be underestimated. If you've ever played high school or college sports, the early champions paved the way to make that possible. As a new generation of legends rises, girls will continue to be inspired by new heroes and continue the legacy of American Olympic victory.