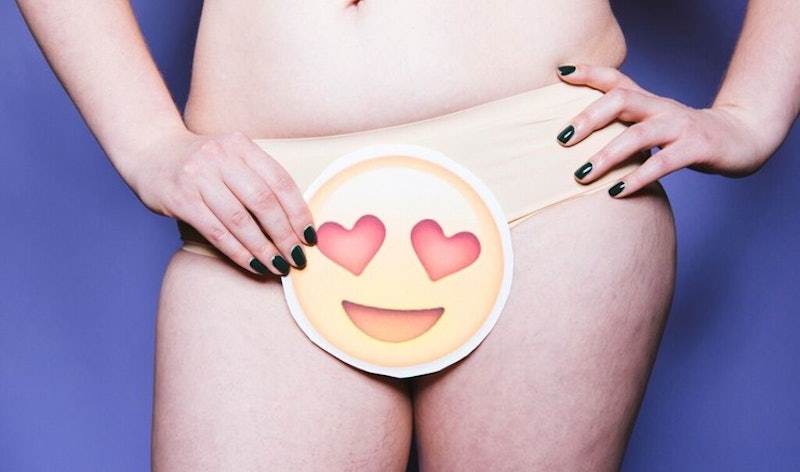 As far as birth control goes, intrauterine devices (IUDs) are a hot topic. They've been gaining more and more popularity lately, since so many women are beginning to understand that they're a safe, effective way to prevent pregnancy and, in some cases, relieve debilitating pain related to periods. In the 1990s, less than one percent of women were using an IUD as their main form of birth control. From 2006 to 2010, though, the number of individuals with an IUD nearly doubled, and in 2013, 6.4 percent of American women between the ages 15-44 were proud IUD users.

This is partly due to how much information about IUDs has been made accessible to women across the world. Everywhere we turn, we're told that the IUD more than 99 percent effective, it won't affect our chances at getting pregnant in the future, and it's a cheap, long lasting option if you want to live life without any babies in your near future. In the mist of all the IUD information overload, though, you may have missed out on a few key things that are important to know if you've got an IUD or you're considering joining team IUD. I had a copper IUD for two years, and there are quite a few things I wish I had known back then — before I walked into my OBGYN for the insertion procedure.

Here are nine things no one tells you about the IUD.

There are two kinds of IUDs that are on the market these days, and they function in very different ways. The copper IUD prevents pregnancy by fighting off sperm with copper. It doesn't affect your eggs, your ovaries, or even your ovulation schedule, as there are no hormones at all in this IUD. Its job is to attack unwanted sperm before it can fertilize anything. If you want to get specific, what the copper really does is detach the sperm from its tail, hindering it from moving up to places where it should be. Pretty gnarly, huh? Unfortunately, the copper can result in more intense cramps and heavier periods for some women.

Hormonal IUDs have nothing to do with de-tailing sperm. They release a low dose of levonorgesterel, a birth control hormone also known as progestin (a synthetic form of the progesterone your body naturally produces), into your uterus. This thins out your uterus wall, thickens your cervical mucus, and prevents the sperm from joining with the egg. The effect on your uterus and cervix reduce your periods altogether. Some women have even reported having no periods at all after using a hormonal IUD, which makes it a good option for women with extremely painful periods.

You Should Get Tested For STIs Before You Get One Inserted

There have been whispers in the medical community that IUDs and pelvic inflammatory disease (PID) are connected, or at least have been in the past. The IUDs administered these days won't cause you to have PID if you've never had it before (that couldn't have been said for the first IUDs that came out decades ago), but your likelihood of contracting PID increases if you've got an unknown STI at the time you get your IUD inserted.

PID is caused by many different kind of bacteria, especially the kind from gonorrhea and chlamydia, so it's important you get tested before you opt in for an IUD. If you test positive for either one of these STIs, fret not. Your doctor will give you something to treat the infection and you'll be in the clear.

You Or Your Partner May Feel It During Sex

This kind of freaked me out when I first got my IUD, but there was a time when my then-boyfriend mentioned once that he could feel something at the tip of his penis during sex — and there were a few moments when I could feel it, too, and it caused slight discomfort. This wasn't something that happened often and it wasn't particularly painful, but it can happen, especially if you're indulging in sex that's a bit rough.

You've probably heard that you shouldn't feel anything at all from your IUD during any kind of sexual play, but that's not always the case. There are certain parts of your menstrual cycle when the IUD sits a little bit differently, which causes the strings to slightly relocate. Sometimes the strings of your IUD haven't been cut short enough by your OBGYN. If you and your partner run into this issue over and over again, it might be worth a visit to your medical provider to see what the deal is, particularly if it's a painful sensation.

The journal Contraception released a study showing that the kind of contraception women who work in the medical field use is different than what the rest of the country opts in for. While 12 percent of everyday women use IUDs, 42 percent of female healthcare providers use them. Researchers at Planned Parenthood Federation of America found that these healthcare providers are three-and-a-half times more likely to choose an IUD. They simply find that it's the best form of reversible birth control out there, which makes us wonder why so many of us are still stuck on other forms of contraception, like the Pill.

They're Safe Enough For Teenagers To Use

Don't be fooled into thinking that IUDs are only prescribed to women who are older or have already been pregnant. The American Academy of Pediatrics has officially named the IUD as a completely safe and highly effective form of birth control for teens. Teenagers who have never been pregnant can use the IUD without any worry — it's actually one of their safest options.

When I had my IUD, I got unreasonably nervous at the beginning that it was dislodged and floating around somewhere in my body it didn't belong. I worried myself into tears and called my provider only to find out later that it's possible to check on the strings of your IUD, which gives you peace of mind that it's still where it should be.

If You Get Pregnant With An IUD, The Pregnancy Is More Likely To Be Ectopic

First of all, keep in mind that getting pregnant when you have an IUD is a highly unlikely situation. Less than one percent of IUDs have failed to do their job, so the odds are in your favor. Having an IUD won't increase your likelihood of having an ectopic pregnancy, but if by some freak chance you do get pregnant, the pregnancy is more likely to be ectopic, which means the embryo implants itself outside of the uterus. Again, this is extremely improbable, but it's good to know the signs of an ectopic pregnancy if you get an IUD.

It's Possible To Get Pregnant As Soon As It's Removed

Your fertility will kick right back in as soon as you get your IUD taken out. You could become pregnant the month after, as soon as you fall into your own ovulation schedule again. Vanessa Cullins, M.D., vice president for external affairs at Planned Parenthood Federation of America, told Prevention, "If 100 women have their IUDs removed, 85 will be pregnant within a year." Wow. So if you don't think you're ready for kids as soon as your IUD comes out, maybe plan to take the necessary precautions.

The Insertion Process Might Not Hurt As Much As You Think

By no means am I saying getting an IUD is a walk in the park. If we're being completely honest with each other, it was one of the most painful things I've ever experienced — but that doesn't mean that's the case for everyone else. There are some women who only report a small level of discomfort and cramping during and after insertion, and then they're able to go back to work and carry out the rest of their day as if nothing happened. It's also possible to ask for a cervical block in advance, in which case you'll feel much less.

Keep in mind that the insertion process is different for everyone, so don't go in with any specific expectations. Try not to talk yourself out of getting an IUD merely because you're terrified it will be too painful to handle. You're much tougher than you think.