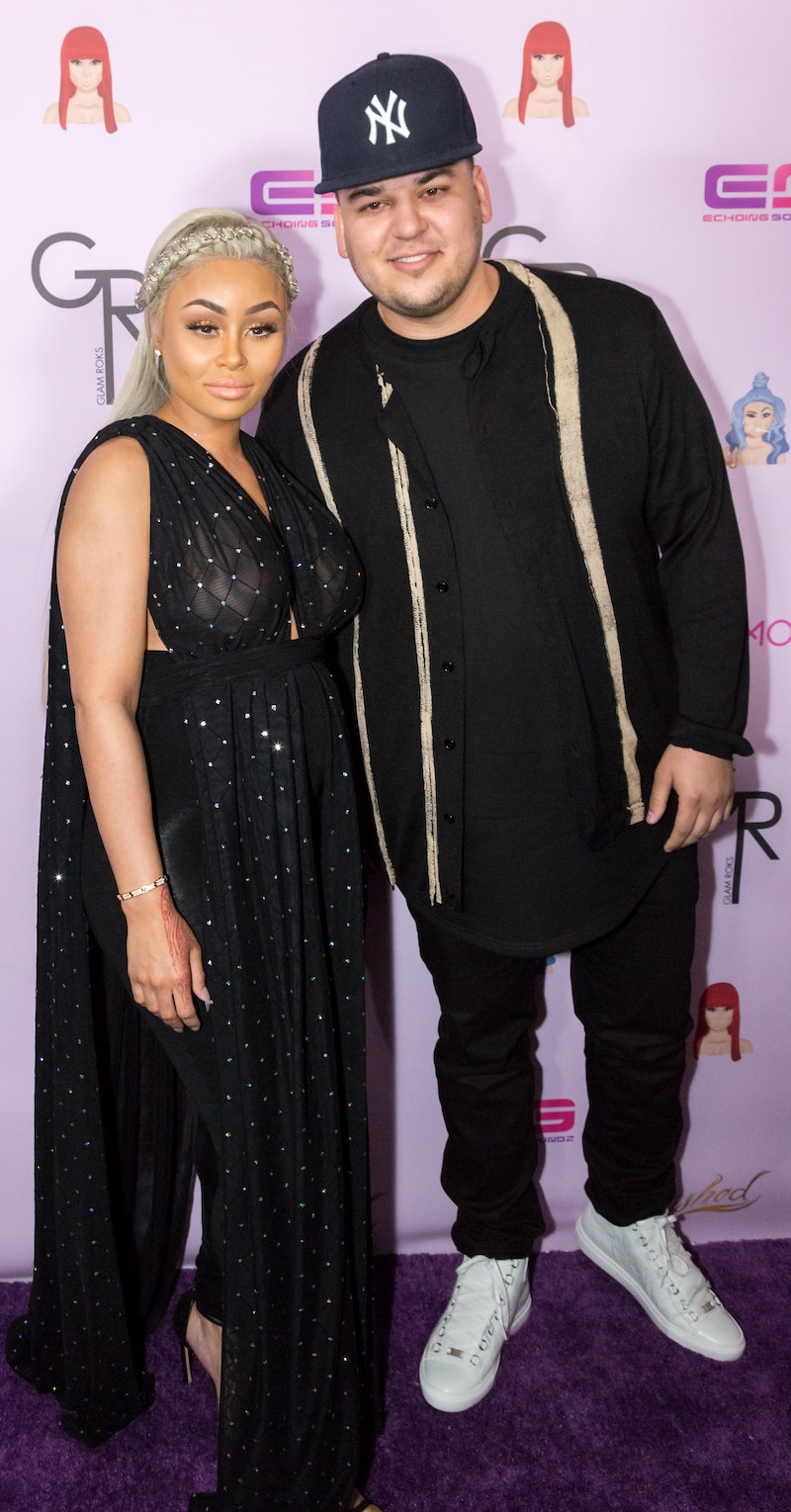 Things are changing in the Kardashian family these days, and it's all because it's getting bigger. In recent episodes of Keeping Up With The Kardashians, there was some serious tension between Rob and his sisters, and it all started when he began getting serious with Blac Chyna. Then, he skipped out on a family ski trip to Vail, proposing to Chyna instead... without filling anybody in. But if you've been as worried as I have been about the famous fam, there's definitely hope for their relationship yet! On Sunday night's episode, Rob told his sisters about Blac Chyna's pregnancy, and it went much better than expected.

Rob invited Khloe, Kim, and Kourtney over to talk after they got back from their trip. He let them know that he's really happy with where his life is going, and that it was a spontaneous decision — and that's the only reason he didn't let them know that it was happening that night. But even so, his sisters definitely took the opportunity to let him know that their feelings were hurt, especially since they had to deal with the aftermath of people freaking out over something and asking them questions about their brother that they didn't have the answer to.

But that wasn't all. Rob had another bomb to drop on them, and I think we all knew what was coming.

Before he could tell his sisters the good news, Kourtney guessed that Blac Chyna was pregnant, and as we all already know, she was right. And in case you think this was an accidental pregnancy, here's the truth: According to Rob, this baby was wanted for a long time, and although Chyna wanted him to wait before telling anyone, he wanted to make sure his family was in the loop. Oh, and he doesn't like that his sisters don't have a relationship with her. So, yeah. That's a lot to take in.

Khloe was the most upset, but it does seem like Rob's happiness is what's most important to her. It's totally understandable that reactions are mixed here since their relationships are so strained, but at least Rob is being open with his sisters now. Fingers crossed things get better. That baby is going to need all those aunts on board!