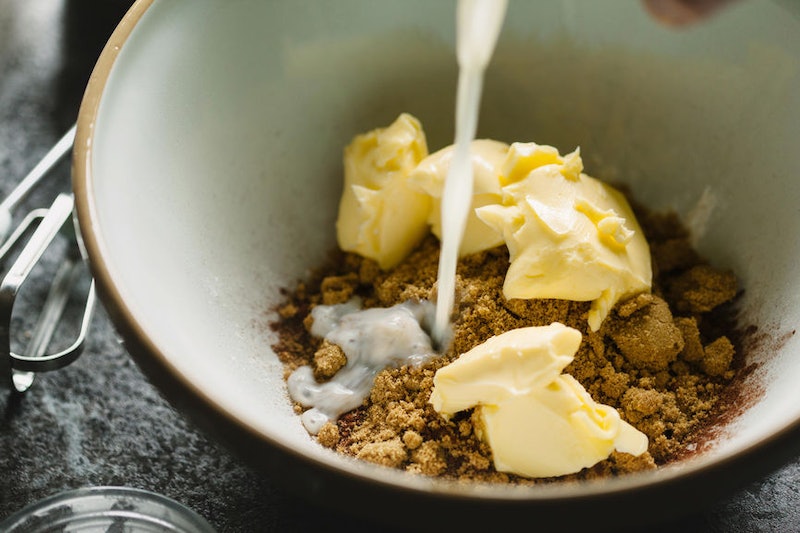 I have a conflicted relationship with butter. On the one hand, I’ve always been told that it’s unhealthy, due to its high saturated fat content. On the other, it makes everything taste like heavenly ambrosia. Needless to say, I’m interested in this study that asks, “Is butter bad for you?" The answer: Butter may not be the demon temptress that it’s often portrayed to be. But it may not be good for you, either.

Researchers from the Friedman School of Nutrition Science & Policy at Tufts University and the George Institute for Global Health at the University of Sydney analyzed nine studies, with a collected pool of more than 636,000 subjects in 15 countries, to see how butter affects mortality, cardiovascular health, and diabetes. Unlike previous studies that have tended to focus on specific food properties, like saturated fat, this research, published on June 29 in the journal PLOS One, looked at butter as a whole, the rationale being that, even though saturated fat on its own might be bad for you, the many elements that make up butter as a whole might have a different overall affect on health.

The researchers found that the consumption of butter was only faintly connected to mortality and that it had no affect on subject’s tendency to develop cardiovascular disease. They even found that butter had a small protective effect against diabetes. “Even though people who eat more butter generally have worse diets and lifestyles, it seemed to be pretty neutral overall,” explained lead author Laura Pimpin in a press statement. Pimpin described butter as a “middle-of-the-road” food — not necessarily terrible for you, but not healthy, either.

Pimpin suggested that, in some cases, the foods people spread butter on, such as white bread, bagels, or potatoes, are more problematic than the butter itself. But although butter might not be the worst thing you can eat, Pimpin nevertheless suggests trying to replace butter with healthier fats, like olive, canola, soybean, or flaxseed oils. “Overall, our results suggest that butter should neither be demonized nor considered ‘back’ as a route to good health,” added study co-author Dariush Mozaffarian.

Mozaffarian also warned that, although the research team found that a daily serving of butter (1 tablespoon) was associated with a 4 percent lower risk of type 2 diabetes, it’s too early to start prescribing butter as a diabetes prevention tool. “More research is needed to better understand the observed potential lower risk of diabetes, which has also been suggested in some other studies of dairy fat,” Mozaffarian explained. “This could be real, or due to other factors linked to eating butter — our study does not prove cause-and-effect.”