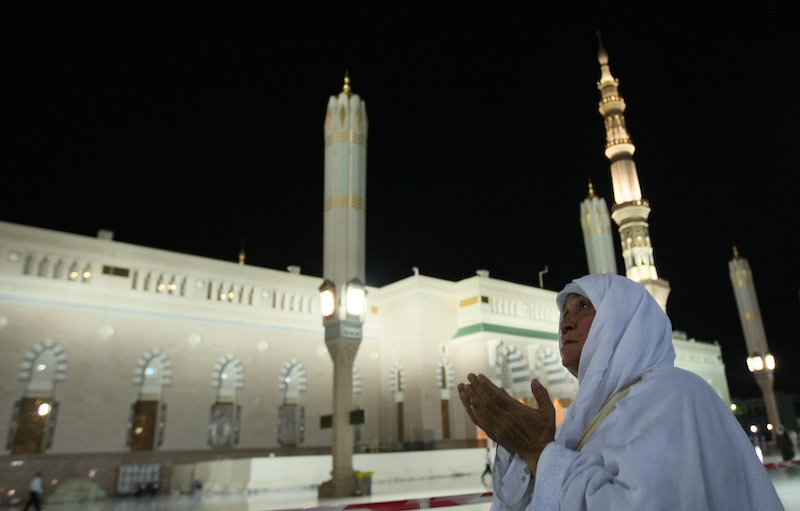 The Associated Press has reported an explosion near one of Islam's holiest sites in Medina. According to reports, a suicide bombing occurred Monday near the security headquarters of the Prophet's Mosque, a site considered to be the second-holiest site in Islam and the burial place of the Prophet Muhammad. It is the latest of a string of violent attacks against Muslims during the final days of the holy month of Ramadan.

Update: The Associated Press reported that the Saudi Interior Ministry said four security officers were killed and five were wounded.

According to the AP, Saudi-owned news outlets reported a suicide bomb went off near Al-Masjid an-Nabawi, or the Prophet's Mosque, sparking a fire but no immediate reports of casualties. Constructed at the site of a mosque built by the Prophet Muhammad, the Prophet's Mosque receives millions of visitors from around the world each year. It is considered Islam's second-holiest site after al-Haram in Mecca and is likely to have been crowded with people celebrating Ramadan.

The attack near the Prophet's Mosque follows two other attacks in the Kingdom of Saudia Arabia earlier in the day. Two explosions were reported by residents in Qatif, a Saudi Arabian city home to a large percentage of the kingdom's Shiite minority, and a third attack occurred early Monday near the US Consulate in the city of Jiddah, according to reports from the Interior Ministry.

In Qatif, a suicide bomber and a car bomb exploded near a mosque without causing any casualties, local residents told the AP. No one has claimed responsibility for the explosions, however, local terrorist groups affiliated with the Islamic State have previously targeted Shiites in Qatif. An attack on one of the city's Shiite mosques killed 21 people in May 2015.

In Jiddah, a suicide bomber detonated his explosives in a parking lot near the diplomatic site when two security officers began approaching him, wounding two officers and killing only himself. The US Embassy in Saudi Arabia confirmed no consular staff members were hurt in the attack.

Monday's string of multiple bombings in Saudi Arabia come on the eve of Ramadan's final day. An Islamic holy month during which many Muslims fast from sunrise to sunset, Ramadan has been marred by violence this year with deadly terror attacks recently carried out by the Islamic State in Iraq and Bangladesh. A truck bomb exploded near a busy commercial area in central Baghdad on Sunday, killing 200 people, according to officials. Armed gunmen stormed a popular cafe in Dhaka two days before that, killing at least 20 people — most foreign nationals — during an hours-long long standoff Friday.