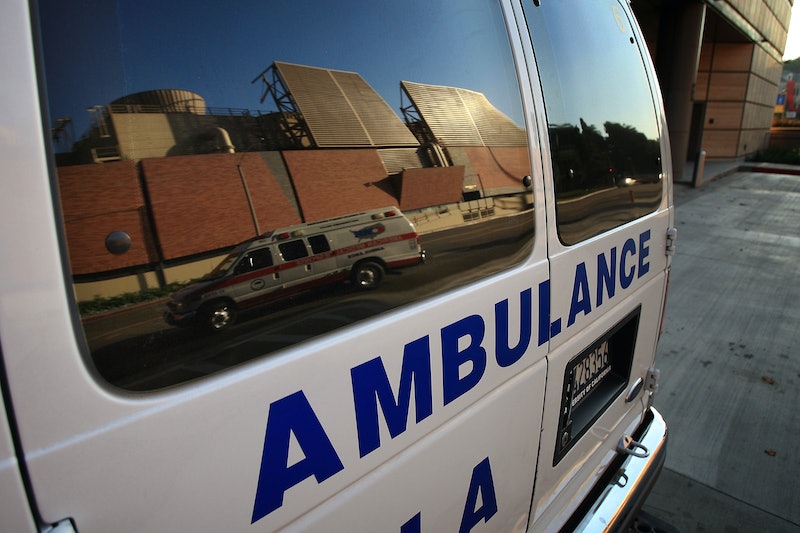 On Saturday, a nine-year-old girl lost her hand in fireworks accident in Compton, the Los Angeles County Sheriff's Department told ABC 7. The girl was leaving Burrell-MacDonald Park with her grandmother when somebody threw a lit firework towards her. According to her grandmother, she picked it up, not knowing it was lit, and it exploded. The girl was taken to the hospital and her left hand was amputated. She also sustained injuries to her right hand and face.

There were around 50 children in the park at the time of the accident, and Sgt. Daniel Tobin of the sheriff's Arson Explosives Detail said that the firework in question was probably illegal. The girl was listed in stable condition on Sunday. No arrests have been made, though an investigation is ongoing.

"The Los Angeles County Sheriff's Department would like to remind the public that all fireworks are a hazard and can cause injury," Tobin added.

July 4th fireworks accidents are no rarity — the same day as this incident, a Washington man was hospitalized after a firework in a PVC pipe that he believed had gone out exploded, causing serious damage to the entire front of his body and requiring a tourniquet to stem the bleeding.

Some suspect that less stringent fireworks laws are to blame: Since 2000, laws governing the use of fireworks have gradually become more lenient and permissive across the country, and one study found an uptick in childhood firework-related injuries between 2006-2012. In 2015, New York replaced its complete ban on consumer fireworks with a more narrow prohibition that allowed for the use of sparklers, party poppers and other novelty items in certain counties. Now, only three states in the country completely outlaw all consumer fireworks: Delaware, New Jersey and Massachusetts.

Jason Pierre-Paul, a defense end for the New York Giants, lost part of his right hand in a fireworks accident last year. He recently addressed the incident in a public service announcement, urging people to exercise caution when dealing with fireworks.

An average of 230 people end up in the emergency room every day during the month surrounding July 4th, according to the Consumer Products Safety Commission. In 2015, sparklers were the most common culprit in firework-related injuries.