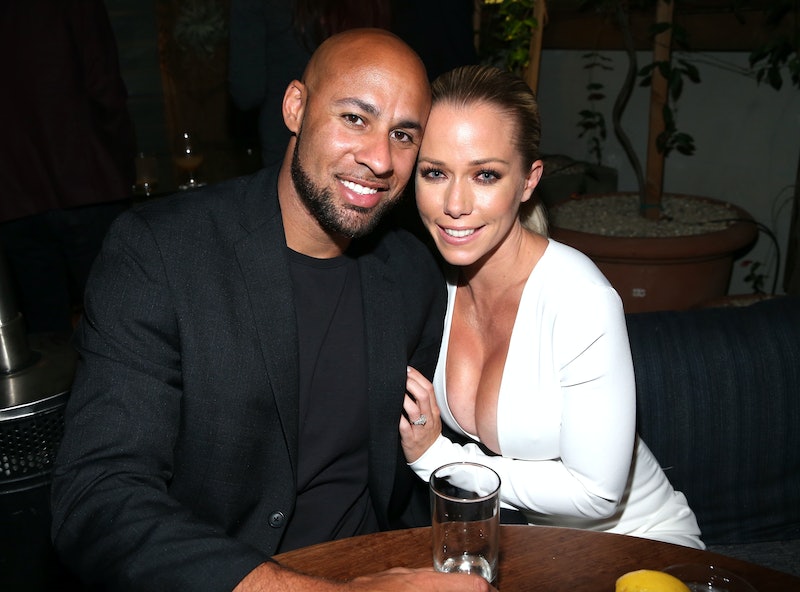 The luxury of being a celebrity — well, one of many luxuries amid a lifetime of glamour — is choosing to get married wherever the hell you want. School bus? Sure. Your own Beverly Hills mansion? Why not. A French chateau? Hell yes. Choosing a unique wedding venue is just one of those celeb perks that the rich and famous get to enjoy, since they're not typically bound by normal people things like a "budget" and "money."

In all seriousness, picking the place where you are going to tie the knot is no easy decision, that's for sure. And if you're in the mood to go off the beaten path and find something a little more out there for your own reception, feel free to draw a little inspiration from the 11 celebs below. Stars who said "eff it" to tradition and did things their own way, whether that means going over-the-top (see: anyone who ever got married in a castle) or going a little more low-key (see: the courthouse).

From stars who chose to marry in chateaus to celebs who tied the knot on a yacht — and everything (and everyone) in between — check out 11 of the most unique celeb wedding venues below.

Olivia Wilde was just 18 years old when she married her first husband, Tao Ruspoli, on a school bus in rural West Virginia (this wasn't in, but I imagine it looked similiar). I guess public transportation-turned-wedding venues don't always make for the greatest of marriages, because the couple later divorced after eight years of marriage. Happily, however, Wilde has been engaged to Jason Sudeikis since 2013.

Some say the Playboy Mansion isn't the most romantic of wedding venues (particularly when your ex runs the whole place), but such wasn't the case for Kendra Wilkinson and Hank Baskett — who tied the knot at the famed mansion in 2009.

Brangelina held their civil wedding ceremony at a chateau in France, because they can. Jolie later revealed that they legally married in California prior to their fancy French reception — but I can see why they did it up in France. I mean, just look at this place.

Prince William and Kate Middleton's 2011 royal wedding was the celebration of the century. The two were married at Westminster Abbey in London, which is one of the most gorgeous and ornate churches in the world.

Is there really a need for a big, fancy venue when you can just get married at your big, fancy house? Jennifer Aniston and Justin Theroux opted to get married at their L.A. home, with a guest list filled with celebrity attendees and a hilarious muppet cake that had everyone talking.

Katy Perry and Russell Brand may no longer be together, but their lavish wedding in India — complete with "traditional Indian instruments and sacred Vedic chanting, and celebrated with a Bollywood-themed reception," according to Brides.com — will always be remembered (and maybe not for the right reasons, as she was accused of cultural appropriation).

Remember this relationship? The couple once known as TomKat tied the knot at a 15th century castle in Italy, complete with this extremely vivid description by Fox News:

"Oil-fed torches and tiny candles flickered from the battlements and windows of the Odescalchi castle as the couple and guests gathered for the evening wedding in the town about 27 miles northwest of Rome."

Legit: Pam Anderson and Kid Rock got married on a yacht.

The country superstars married at a ranch in Texas; no surprise there. But Lambert really showed her country girl roots when the main meal — venison — was something that she harvested by herself. Talk about unique!

Jessica Alba and Cash Warren ditched the traditional ceremony and tied the knot in the Beverly Hills courthouse.

11. And Every Celeb Who Ever Got Married In Vegas

If there's one place to run away and get married — it's Las Vegas, home of the short-lived nuptials of everyone from Britney Spears to Nicky Hilton.

What a time to be a celebrity.